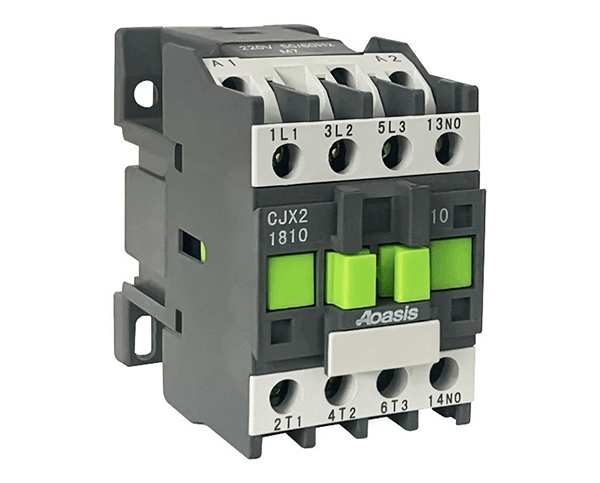 Normally, we use contactors to switch the electrical circuits. They can turn the circuit on and off depending on what you want or your desired results.

Are you planning to buy electrical contactors? It is important to know that they are rated. You can choose either an AC1 contactor or an AC3 contactor. What is the difference between these two? Read on and you will find the answer.

What is a contactor rating?

Contactors are rated according to various key parameters that define the behavior of an electrical circuit. These parameters include load current per contact pole, voltage, duty cycle, maximum fault current, coil voltage, and the design life expectancy.

This shows that it is not just about choosing any contactor. You have to consider all the factors and behavior of the circuit when choosing a contactor.

What is an AC1 contactor?

AC1 refers to the contactors that are used on AC loads whose power factor is more than 0.95. These contactors are used on loads like water pumps, compressors, motors, etc. These are the AC contactor that is used on squirrel cage motors that tend to break whenever the motor is running normally.

When closed, AC1 contactors tend to generate an inrush current that is five times more than the rated load current of the designated motor.

What is an AC3 contactor?

AC3 refers to the contactors that are used on AC loads whose power factor is less than 0.95 or non-power factors loads like heaters, lamps, etc. These look similar to AC1 but have no coil voltage rating and have a higher maximum fault current rating. On opening, these AC3 contactors break the full load of the current motor.

They can withstand high fault currents due to their construction and design and are generally used for non-power factor loads which do not have any current limiting devices in the circuit. They do not have any coil voltage rating as they do not work with any type of current-limiting devices. The way they work is when they are closed, they bypass the current that is going through them and do not allow it to flow through the motor.

The main difference is based on their ampere rating. AC3 has definitely a lower ampere rating than the AC1 contactor. Also, AC3 contactors look exactly the same as AC1 however they do not have a coil voltage rating. This is why they are only used with non-power factor loads or loads that do not have any current limiting devices in the circuit.

The difference between these two contactors is also based on their resistive load ratings.

On the other hand, the inductive load ratings of the AC3 contactors must consider the heating effect generated by the inrush current. There must be a way on how this heat will be dissipated from the motor to avoid damage due to thermal effects.

Here, we are referring to the layout and appearance of the AC1 and AC3 contactors. There is no difference in terms of their outlook. Both of these contactors are designed to operate with a low inrush current.

The performance of AC1 and AC3 contactors is very similar. Both of these contactors have the same power ratings for their resistive loads. However, their performance differs when it comes to their inductive loads.

The AC3 contactor is able to deliver higher power to the motor when compared with the AC1 contactor. This is due to the heating effect caused by the inrush current that can be dissipated by not allowing it to enter inside the motor windings.

How to calculate the  rating of  contactor?

In this case, you would use an AC1 rated contactor because it has more than 1KW rating. However, if your application has a power factor less than 0.95 or non-power factor loads like lighting or motors, then you need to use an AC3 contactor.

What do numbers on contactors mean? 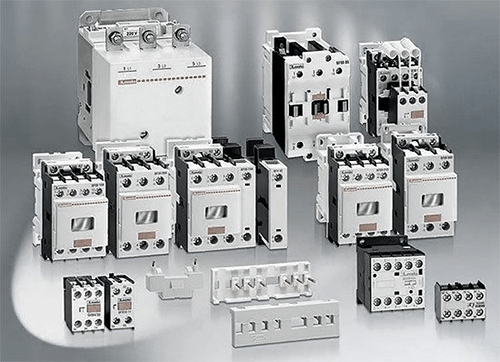 The number on the contactor is a reference to its rating. The number is always written in KVA, but it can also be in KW, MW, or VA. The decimal point is placed between the two digits of the rating. For example, a contactor with a rating of 800VA has an AC1 rated coil.

The voltage rating of a contactor is given by: V = I x R (the power factor of the connection) which means that if you have 2 wires (two conductors) and you have 3Ω per circuit then you will need at least 2Ω/3 to break down to (3/0.9) or 0.66Ω per conductor.

Now that you know the differences between AC1 and AC3, it is time to make that critical purchasing decision. You need to go ahead and buy the right contactor for your application.

Here are the key factors to consider when buying contactors, whether it is AC1 or AC3 contactor:

The coil voltage is the voltage that is applied across the coil terminals. It is a function of the contactor rating and type. The coil voltage determines how much energy can be transferred to the motor.

There are three types of contactors: non-repetitive, auto-closing, and mechanical (i.e., mechanical opening). Non-repetitive contactors are not designed to repeat their operation without interruption (i.e., they do not have an automatic return feature). Auto-closing contactors automatically close after each closing cycle regardless if power has been applied or not.

The IEC utilization categories are used for rating the duty cycles and the type of electrical loads to be used on contactors. The IEC code will determine the type of contactor to use for each individual application.

The interrupting capacity of a contactor refers to how much power it can interrupt and hold open for an extended period of time before it is opened again. The higher this value, the longer the motor will be able to run without interruption from a closing contactor. Interrupting capacity is a function of both its rating and type.

This indicates how much torque (load) can be applied to the motor without exceeding its rated continuous power capacity. This does not refer to how much current (voltage) is required for starting or running under load conditions, but rather only for continuous operation at rated voltage with no additional current draw during normal operation.

Whether it is AC1 or AC3, where you buy the contact loads matter. They should be selected from a supplier that has been certified by the relevant standardization bodies in China.

ICRFQ is there to fill this gap. As a sourcing agent, we will connect you to the most reputable AC1 and AC3 suppliers and manufacturers in China.