Everything You Need To Know About Amplifier Integrated Circuits 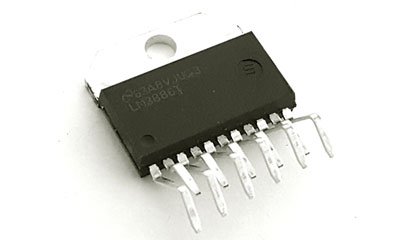 An integrated circuit amplifier is a collection of active and passive components contained in a small space and can increase either the signal’s voltage or its current level. The active components are transistors, semiconductor devices with three terminals, and the ability to gain current. Current gain is the phenomenon in which a minor change in current results in a proportional change in the output of an integrated circuit amplifier. Continue reading to learn more about this type of IC

Amplifier integrated circuits and how does it work?

An integrated circuit amplifier is a collection of active and passive components contained in a small space and can increase either the signal’s voltage or its current level. The active components are transistors, semiconductor devices with three terminals, and the ability to gain current. Current gain is the phenomenon in which a minor change in current results in a proportional change in the output of an integrated circuit amplifier.

Separate electronic circuits, each with its transistors, resistors, and capacitors, served as the basis for the prototypes of what would later become integrated circuits. The integrated circuit amplifier, also known as a chip amplifier or a microchip amplifier, was developed due to efforts to lessen the demands placed on the weight and size of stationary and portable electronic devices and equipment. There are several applications in which the matching of transistors is essential to generate the highest possible fidelity reproduction of the input signals.

In the opposite direction, when a microphone is utilized, the relatively weak signal produced by the microphone is amplified, also known as boosted, to a high enough level to be picked up by an analog-to-digital converter. This digital representation of the sound or speech can then be communicated through digital paths utilizing voice-over-Internet protocol (VOIP), among other methods.

The integrated circuit amplifier often has several pins or package terminals. Integrated circuits in the real world may contain additional performance-enhancing characteristics, such as dual-power supply input. There is also the possibility that the input is of the differential type, which consists of an inverting input labeled “–” and a non-inverting input labeled “+.” This differential type is an operational amplifier (OpAmp), widely utilized in analog computing devices and feedback control systems that use models of the correction signal. An operational amplifier (OpAmp) can be wired to create a signal that is integral, proportional, or a derivative of the corrective signal by using resistors and capacitors.

Integrated circuit amplifiers come in a wide variety and are used in various electronic and digital devices. Some of these products include cell phones and laptops. In addition to the audio frequency band, there is another frequency band that integrated circuit amplifiers can operate in called the radio frequency (RF) band. RF amplifier integrated circuits are utilized in applications requiring a tiny receiver, such as those found in personal communications equipment such as cell phones and personal data assistants. Integrated circuits that use OpAmp technology often include eight or more pins. The operational amplifier (OpAmp) comes in various flavors, each tailored to a particular level of performance.

The integrated circuit amplifier now has several special characteristics thanks to recent improvements. It may be beneficial to place an amplifier in standby mode for battery operation, as this will reduce the amount of power consumed by devices such as two-way radios used in rescue operations. Audio noise reduction is an additional function that ensures voice communications may be comprehended regardless of the environment they are being delivered in.

What Is An Operational Amplifier?

It is a high-gain electrical voltage amplifier with a single-ended output and a differential input. However, it can also have both types of inputs. In today’s world, operational amplifiers, or op-amps, are among the electronic components that have the most widespread application. They may be found in various products, including those utilized in consumer, industrial, and scientific applications.

The term “operational amplifier” dates back to a 1947 article. At the time, these amplifiers were used in analog computers.

Due to the introduction of integrated circuit technology in the 1960s, these amplifiers weren’t fully realized until then.

It wasn’t until 1963 that the industry saw its first monolithic integrated circuit op-amp. It was the ‘A702 from Fairchild Semiconductor, and its engineer Bob Widlar was the one who designed it.

In the latter part of 1965, an improved version of the A702 was introduced. Once more manufactured by Fairchild, the ‘A709 was the first operational amplifier (op amp) to see widespread adoption. It was essential to externally correct the amplifier to keep it from breaking into oscillation, but it performed pretty well and overcame some of the problems caused by the micro-A702.

In 1968, the now-famous “A741” was first made available to the public. This operational amplifier resolved the instability problems by embedding a tiny capacitor with a value of 30 pF into the chip contained within the die. Because of this, there was no need for any external correction components to be used.

Incorporating the compensation into the chip’s core made it possible for the 741 to find widespread application; in fact, several businesses continue to produce it to this day. Additionally, the pin layout has been preserved in many operational amplifier chips manufactured in modern times.

Since then, several operational amplifier chip types have been introduced, delivering enhanced performance in input impedance, low noise, low offsets, and other such characteristics; these chips have become an integral part of the design process for analog electronic circuits.

In today’s modern electronics sector, operational amplifiers have become an essential component across the board. Despite being around for a while, their use is unlikely to decline.

The operational amplifier (op-amp) is a fundamental component of linear and non-linear analog circuits. A few examples of op-amps are:

Operational amplifiers are ideal since they only amplify the differential input voltage. The op-output amp’s voltage, Vout , can be calculated as follows:

in which AOL is the amplifier’s open-loop gain.

The output signal from a linear operational amplifier is just the input signal multiplied by the amplifier’s gain (A).

Op-amps, or operational amplifiers, share a few fundamental characteristics, some of which boost their performance and others that hold them back.

The high gain of operational amplifiers is one of their most distinguishing features. Standard ranges start at roughly 10,000 and go far into the hundreds of thousands. Although an amplifier with this much gain in an open loop wouldn’t be handy, op-amps can take advantage of the benefits of such high gain thanks to the usage of negative feedback. This allows for fine-grained gain regulation and little distortion, even at high settings.

Unleashing an operational amplifier’s full potential requires the application of negative feedback. Due to its high gain, op-amps may be used in various applications; when combined with a negative feedback network, this control over the op-overall amp’s performance opens up even more possibilities.

Op-amps have a high input impedance, which is a crucial feature. Current op-amps have input impedances ranging from 0.25M to hundreds of millions of ohms, near the theoretical ideal of infinite input resistance. The input stages of some devices that use MOSFET technology have an impedance in the hundreds of M.

Common mode rejection is yet another essential characteristic of the operational amplifier. This describes the scenario in which the same signal is fed into both inputs of the device. Under these conditions, a perfect differential amplifier should not show any output at the output; however, there is no such thing as an ideal amplifier; this one is far from it.

This value is given in decibels, usually near 70 dB or higher.

It is feasible to create a circuit that lowers the amount of interference present on a low level signal by making use of the common mode rejection offered by an operational amplifier. Only differential signals are amplified, and any noise or interference that is picked up and appears on both lines will be ignored. The only signals that are amplified are differential signals when the signal and return lines are applied to the two inputs. This is a component that is frequently utilized inside instrumentation amplifiers.

The gain of many of the semiconductors used for audio applications may only be at its maximum within a relatively narrow bandwidth; after this point, the gain begins to decrease. Despite this, most circuits are designed to minimize the gain and make it possible for a lower gain level to be maintained across a wider bandwidth.

Although operational amplifiers are most commonly utilized in amplification applications, they are also capable of serving as the foundation for a variety of other circuits.

Operational amplifiers come in a wide variety, much like any other electrical component. Numerous IC types house operational amplifiers. The earliest op-amps, like the A709, came in metal cans with eight pins, whereas later op-amps came in dual in-line packages with the same number of pins. Other options included dual op-amps in 8-pin DILs and multiple op-amps in 14-pin DILs, and the latter did not have access to offset null capabilities due to a lack of pins.

As more and more electronic parts transitioned to surface mount pages, low-count packages became available for op amps, making them convenient to swap out as needed.

Because of this, you can get these electrical components in various configurations and with varying degrees of performance to meet virtually any need.

In analog circuits, the operational amplifier is a crucial component. Since it is a differential amplifier circuit, it can be used in various applications throughout the field of analog electronics. Due to their popularity, chips are inexpensive and have many applications.

Because of their efficiency, versatility, and low cost, operational amplifiers are utilized in a vast array of circuits, both independently and as building blocks of larger integrated circuit chips that do extensive analog processing.

The voltage or current of a signal can be amplified using an integrated circuit amplifier, a compactly packaged collection of active and passive components. Transistors are the active components of three-terminal semiconductor devices capable of current gain in which a relatively modest change in current results in a proportional change in the integrated circuit amplifier output. We sincerely hope that this article has been informative and valuable.

For more details on amplifier integrated circuits or any electrical device, contact us at ICRFQ. We manufacture quality electrical components in China. .