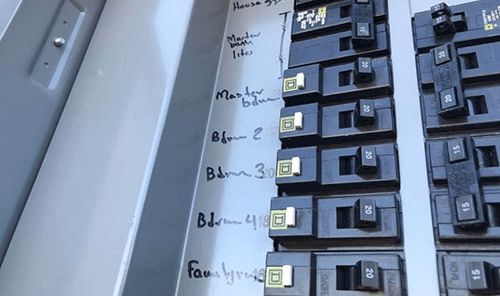 Do you presently reside in residence with a Challenger electrical panel service? The lifespan of a vintage panelboard is constrained and rare. It may have been most effective for the longest period. There are many factors to take into account, though, before deciding whether they are still helpful.

It’s normal to wonder things like “are Challenger electrical panels safe” if you live in an old house. In a similar vein, the response is also uncomplicated. Because of overheating and aging issues, Challenger breaker boxes are dangerous. Arching,  Melting, and corrosion between the bus bars result from its breakers overheating.

What is a Challenger Electrical Panel?

The General Telephone & Electronics Corporation, also known as GTE Corporation, introduced a brand-new variety of electrical panels in 1973 and gave it the name Challenger. Electricians installed it in many homes within the next 15 years after the breaker box was first introduced. The panel was supposed to include a secure method for distributing electricity to your home’s appliances throughout the house.

Electrical panels are a serious business because they are at the core of how your devices can be turned on and off and how they function daily.

It is always a good idea to get the answer from someone who can carefully examine the panel before giving a definitive yes or no answer.

How to Determine If Your Panel Is Already Dangerous

The condition of your electrical panel’s performance is the best indicator of whether or not it is still secure for use. You can search for clues by keeping an eye out for various physical factors present in and around your home.

When you turn on an appliance like an air conditioner,  water heater, or even a standard light fixture, for instance, and the circuit breaker keeps tripping, this is an example. If the circuit breaker, the appliance, or the wirings connecting the three do not have a problem, the issue is likely due to an outdated panel.

In addition, an obsolete panel will exhibit potentially dangerous signs within breaker boxes such as burnt marks, the smell of burning, crackling sounds, or sparks. This Challenger panel has already reached its full potential if at least one of the factors described in the previous paragraph is present.

The History of Challenger Electrical

Where did all of these problems originate? Let’s go back for some history and discover where the dangers started. In 1973, GTE-Sylvania developed the Challenger electrical panel to produce a high-end electrical service that was also efficient in power distribution.

It was a success, selling hundreds of thousands of units, making it famous in the 1980s and 1990s. In addition, the height of the Industrial Revolution coincided with when people began replacing outdated electrical panels and fuse boxes with new ones that offered improved protection.

On the other hand, Challenger was forced to contend with a striking design similar to the circuit breakers manufactured by Zinsco, the company that also owns GTE-Sylvania. Since then, the company has been involved in many contentious issues, including rebranding its product as Zinsco and the ongoing recall of its electrical equipment.

They had a good bus design, but due to their relationship with Zinsco, their breakers were put on the list of components that needed to be removed. Following the constant breaker recall in 1988, the company was sold to a succession of increasingly well-known businesses, culminating in its acquisition by Eaton/Cutler-Hammer Co.

Even though they are buried with Eaton, this does not necessarily mean that it is their final resting place. In 2014, they issued a second recall for Challenger electrical panels due to the possibility of electric shocks being caused by the breakers in those panels. The issue was the source of this issue of using components identical to those used in older models of Challenger circuit breakers.

However, Eaton was the last owner of Challenger before the company finally stopped manufacturing its products. Given the Challenger’s problematic past, you should already be able to predict this outcome. Let’s delve deeper into the issues surrounding the safety of Challenger’s products because it has come to our attention that the company’s electrical panels are no longer considered safe for use.

Let’s say that the company’s poor reputation and the numerous times their products have been recalled aren’t enough to convince you. In that case, we will address the laundry list of issues brought to our attention by customers with a Challenger load center. Because of their affiliation with Zinsco, they were exposed to the same dangers as that company.

One of them is overheating, which is the primary concern for this panel. When discussing issues with Challenger electrical panels, overheating is the most significant issue. Overheating can lead to other significant complications, such as melting, corrosion, and fires with breakers.

Now, why is it that they get too hot? Circuit breakers are the first step in the generation of heat. In the case of Challenger, it takes a brief time before the trip, which is sufficient time for the existing electrical problem to generate heat and make the breaker box issue even worse.

Even in the most extreme circumstances, the circuit breaker may not trip. If the fail-safe mechanism is never activated, then scalds will form on the bus bars, where they will wait for the fire to start. The fact that no appliances or external issues are to blame for the overheating is perhaps the most troubling aspect of the situation.

They appear out of nowhere, leaving homeowners perplexed about why their breaker boxes suddenly became hot. Because of the potential for arc faults between the breakers, homeowners and electrical professionals should be alarmed about the fire risk if the bus bars get too hot.

Even though there are no reports of Challenger’s e-panels catching fire, the fact that they can overheat and cause harm to their users, or even worse if they are ignored, is a concern. The wires insulation can melt down or prolong a short circuit, which can cause the wires to ignite.

It is no surprise that they no longer produce Challenger electrical panels, given that they do not meet the criteria for safety established by Underwriters Laboratories (UL). In addition, reports claim that even Stab-Lok panels, which originate from FPE and are a more old-fashioned brand, are subjected to more comprehensive testing than Challenger panels.

If they only perform a few tests, there is a good chance they will overlook the essential features that a breaker box should have. As a result, Challenger is more prone to errors such as overheating than its other competitors.

Not to mention the fact that this brand of the electrical panel is over 30 years old and no longer produces the product. As a result, you have a load center supporting an almost extinct house.

Outdated breaker panels are always a bad thing. There are apparent signs of rusting, burnt marks, plastic molds, and wear and tear. The issue of safety is already off-topic in this context. It won’t likely pass four inspection points, as you might anticipate.

If you’re at home, unwinding, don’t be shocked if sparks fly out of your basement as your food reheats in the microwave. It’s not a good idea to install new appliances on a rotting breaker panel, especially if the main breaker on the panel isn’t strong enough to handle the appliance upgrade you installed in your home.

Should I Change My Electrical Panel?

Don’t let your home inspectors catch you still using an outdated load center because you’re being complacent. An immediate replacement is required for outdated breaker boxes. They’ll also report this as a violation of the electrical code because they know that a Challenger is an outlawed breaker box at this age.

Older load distributors are always a concern for home inspectors. They document this in four-point inspections, which are necessary for identifying issues in older homes that could worsen in the future. In all likelihood, they will need you even if you don’t want to change it yourself.

Suppose you don’t have a professional check, it out. In that case, you won’t know if the electrical panel’s internal processors are having problems, even if it appears to operate normally electrically or if you still feel safe around your electrical panel.

So, are the electrical panels made by Challenger safe to use?

It is one of the illegal electrical services offered on the market, and there have been reports of problems with the equipment overheating. Circuit breakers take too long to trip, causing the plastic to melt, contact corrosion, or even cause a fire.

As a result, if you still have this kind of electrical service, you must look for a replacement as soon as possible. Your homeowner’s and electrical insurance could be canceled if you don’t. When it comes to potential mishaps, it is preferable to err on the side of caution rather than having to apologize after the fact.