ARM vs x86: What’s the Difference? 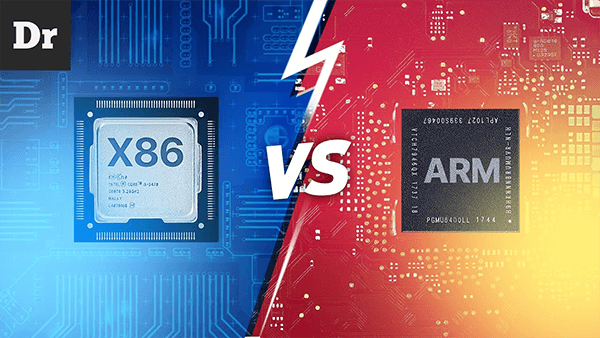 You’re undoubtedly aware that the processor world is divided into two groups. If you’re reading this on a smartphone, an ARM processor is at work for you. Furthermore, if you use a laptop, an x86 CPU is working.

Apple officially stated that its Macs would be upgraded to Apple’s own Silicon ARM CPUs. We’ve already explained why this occurs. Today, we’ll look at the fundamental distinctions between x86 and ARM processors. What role did Apple have in all of this?

As a result, ARM is used in most mobile devices, including iPhones and Androids. ARM processors include Qualcomm, HUAWEI Kirin, Samsung Exynos, and Apple A13 / A14 Bionic. On the other hand, the computer is dominated by x86, which Intel and AMD control. That is why we cannot use Word on the phone from a computer.

The last digits of the family of old Intel CPUs from the 1970s and 1980s are known as x86. Here’s all you need to know about Arm vs. x86, with the Arm vs. Intel CPU conflict likely to heat up.

Also, because these two types of CPUs are so dissimilar, the same software will not work with both of them simultaneously. As a result, all software must be optimized for a specific processor. Let’s look at these two CPU architecture types in more detail now. 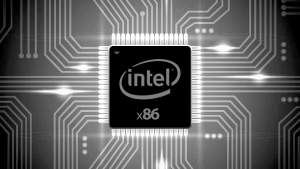 X86 is a CISC-based processor that was introduced in 1978. (Complex Instruction Set Computing). To put it another way, it assumes that the processor has instructions for the majority of tasks. It’s found in PCs, laptops, and other devices that require high performance without sacrificing battery life.

These CPUs have a more extended development history than an ARM; hence their instruction set is more extensive. As a result, they are highly sophisticated and advanced, allowing you to perform a large number of complex computations in a short period. They also feature superior virtualization and a more comprehensive range of security options. The ARM processor has a smaller command range than the x86 CPU, closing this gap. The fundamental reason for this is that the technology process is being sped up and the development of manufacturing technologies.

Increased power consumption and heat generation are x86’s drawbacks. Due to their extensive development history, these processors are also too complicated and intricate.

The British business Acorn produced ARM in 1985, and it is a RISC processor (Reduced Instruction Set Computing). This architecture takes a different approach, requiring the processor to execute the fewest number of instructions possible. This simplifies and condenses the instructions.

The goal of ARM’s designers was to construct an architecture that would avoid the shortcomings of x86 while yet being incredibly practical and cost-effective. However, this does not only contribute to the popularity of ARM processors in the mobile device industry. These CPUs also have the following advantages:

Furthermore, their low power consumption and overheating make these processors ideal for server workloads, routers, and high-performance storage systems. Because of the depreciation of size and the concentration on autonomy, data is handled slower and less performant than x86. Furthermore, a portion of the IT infrastructure is based on x86 solutions when selecting an ARM.

The x86 architecture is helpful for computer devices that power other computing devices, whereas ARM-based mobile devices are less powerful. Using more sophisticated instructions in the x86 architecture explains why it consumes more energy.

In terms of operating system integration, x86 has a greater degree of universality. The majority of operating systems are written for the x86 architecture. However, as smartphones have grown in popularity, ARM has diversified. Microsoft has even released a version of Windows 10 optimized for ARM CPUs. ARM has also merged with Linux for the Raspberry Pi OS with limited capabilities.

In terms of cost, ARM saves money by reducing mass production costs at the expense of less functionality and performance. x86, for example, provides superior graphics on large screens. The clock speeds of ARM devices that include graphics are slower than those of x86, resulting in reduced throughput. Both processor types are well-suited to extremely profitable market niches. 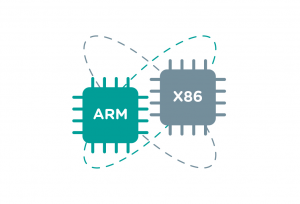 ARM processors are part of the RISC (Reduced Instruction Set Computing) family of CPUs. The goal of a RISC processor is to keep the number of instructions as low as possible while keeping them as simple as possible.

For both hardware and software engineers, simple instructions have considerable advantages. The circuitry uses fewer transistors because the instructions are simple, resulting in greater chip space and smaller chips. As a result, many peripherals, including visual processing units, are generally integrated into ARM processors, allowing computers like the Raspberry Pi to have so few components.’

On the other hand, Intel CPUs belong to the CISC family, which stands for Complex Instruction Set Computing. Unlike those on RISC computers, CISC instructions are more focused on accomplishing complex tasks with a lot of flexibility.

Many RISC-based devices, for example, conduct operations between registers, which frequently necessitates the software loading variables into registers before proceeding. A CISC-based machine, on the other hand, Multiplication with floating-point values, barrel rolls, single instruction loops, complicated memory manipulation, memory searches, and many more functions are commonplace.

One of the most critical criteria in embedded designs is power consumption. Power consumption limitations are often ignored in systems connected to a power source such as mains electricity. However, power management may rely entirely on a mobile design (or one attached to an unreliable power supply).

Many (if not all) ARM cores do not require heatsinks, making them ideal for low-power designs. Many products, including GPUs, peripherals, and memory, have a typical power consumption of less than 5W. The fewer transistors and slower speeds make such low power dissipation only conceivable (compared to standard desktop CPUs). However, as previously said, this impacts the system’s performance, and as a result, more complex tasks will take longer.

Due to their increasing complexity, Intel cores require significantly more power than ARM cores. A high-end Intel I-7 CPU can draw up to 130 watts of power, whereas mobile Intel processors (such as Atom and Celeron) draw anywhere from 6 to 30 watts. The lowest-power-consumption processors (the Atom family), targeted for laptops, do not include graphics, although the mobile variants do. On the other hand, graphics-enabled processors have lower clock speeds (between 300MHz and 600MHz), resulting in reduced throughput.

Because both are highly used, comparing software availability and toolchains across the two large brands in the processor market is challenging. ARM-based devices have the advantage of running mobile operating systems like Android. Intel-based devices can run almost any operating system, including Windows and Linux, on a normal desktop PC. Both devices can run the same programs as long as they are written in a virtual machine-friendly language like Java.

However, because most operating systems are developed for x86-based computers, ARM-based devices are currently limited in what operating systems may be installed. Some Linux distributions for ARM exist, notably the well-known Raspberry Pi OS, but this may be inconvenient for some users. 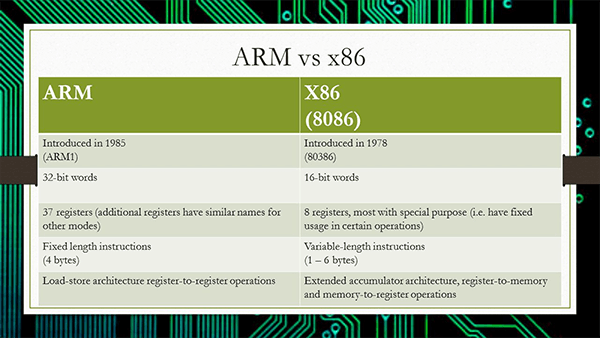 When compared to the X86 competition, single-core versions of the i.MX 6 CPUs are nearly half the price. However, the comparison isn’t fair because of the low cost, i.MX 6 offers fewer functionalities and interfaces. The feature set and interfaces of the high-end i.MX 6 variants are extensive. These are comparable to the segment’s X86 processors in terms of performance, but prices are similar.

The two X86 CPU alternatives from AMD and Intel are frequently evaluated and compared to the same conclusion. They both have faster interfaces, better general processing, and graphics capabilities. The AMD Embedded G-Series SOC processor is the more expensive alternative. However, the increased expense is justified because the total graphics performance is improved.

However, having simply the Freescale i.MX 6 represents ARM isn’t fair. Access to various CPU alternatives is one of ARM’s key advantages. The ARM CPU core can be combined with an FPGA, DSP, or GPU in various ways. ARM processors with vertical market-specific features and interfaces are available from various vendors.

Because clock frequencies, bus speeds, and memory bandwidths are constrained, engineers with basic hardware development abilities should complete a project based on an ARM7 or ARM9 CPU. Moving into a higher-performance segment raises the stakes and makes things more difficult. This is true regardless of whether you use an ARM or an X86 processor. As part of the development challenge, both of these key designs have clock rates around 1GHz, DDR3 memory, high-speed interfaces like PCI Express, HDMI, and LVDS, and up to four cores.

As a result, businesses in need of higher-performing products have two choices. They can choose to increase competence and continue internal development or take a different approach. We are convinced that, now that the complexity of high-end ARM processors has surpassed that of low-end X86 competitors, a common strategy for X86 processors will gain traction for ARM. The semi-custom design strategy is what it’s termed.

A standardized COM module mounted on a custom design carrier board provides quick and easy access to new and powerful computing technology. One benefit is that developers do not need to master the development of the processing platform. They can improve the carrier board’s interfaces, features, and functionality to make the product competitive.

The interface of a COM module is standardized. The use of the same carrier board in various products based on the performance levels of the COM modules simplifies scalability. Another benefit of employing the semi-custom technique is when the COM module is nearing the end of its life cycle. It’s far easier to include a COM module replacement than reinvent the entire hardware.

These have been well-received advantages in X86-based applications over the years, lowering development and product maintenance costs for mid-range manufacturing quantities. As a result, a slew of ARM-based COM modules with form factors like Qseven and SMARC have hit the market recently.

Your embedded and single board computer needs will determine the processor you use. The only viable option if you want to mass-produce a single board computer with a low-cost goal is ARM. If you’re going to build a powerful platform, Intel is the way to go. ARM processors may be the best option; however, Intel CPUs offer powerful computing capabilities with low power consumption.

ARM is the most likely choice for projects that require complicated displays (such as monitors). This is due to many variables, including the cost of ARM microcontrollers, the packages available, and numerous suppliers’ extensive range of options.

Intel does make microcontrollers (for example, the Quark D2000 series, which runs on the x86 architecture), but they’re only accessible in prototyping-unfriendly packages. However, Quark microcontrollers could be a viable option if a reflow oven is available. Overall, Intel and ARM build fantastic computers with a large choice of integrated controllers and peripherals. Each type, whether ARM or Intel, has its specialty.

Processors are chosen based on the application’s requirements and the expected level of performance. Compared to X86, ARM is favored in high-end, modern, and digital application devices. Where robust performance is required, low-end, traditional back-end applications prefer X86.

Lastly, if you are planning to purchase ARM  or x86 processors, look no further. We at ICRFQ are the best processor manufacturers in China. Contact us today.