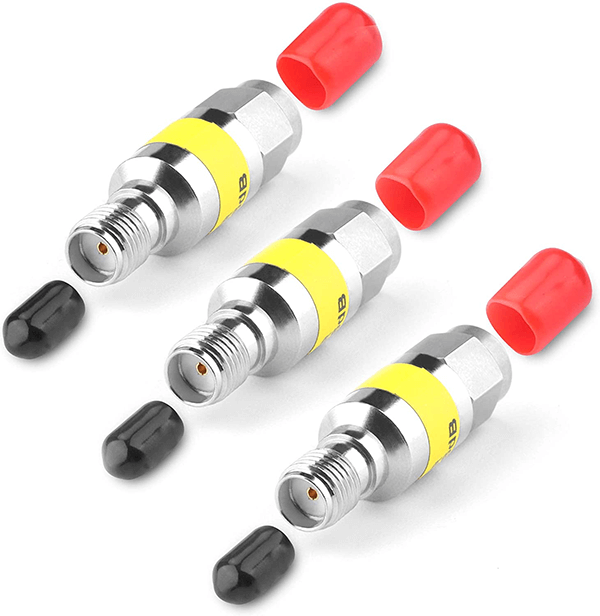 In this article, we are going to discuss attenuators. You will make the right purchasing decision in case you want to buy attenuators, whether they are for personal use or for sale.

What is an attenuator?

An attenuator is an impedance matching device that reduces the magnitude of a signal without any significant distortion. They are mostly used in audio applications. They are basically made up of resistors and capacitors, which are usually placed in series or parallel to each other.

What are attenuators used for?

Attenuators have a wide variety of uses. They are mostly used in audio applications such as home theaters and hi-fi systems, but they can also be found in radio frequency applications such as cellular phones and Bluetooth® devices. Apart from these, attenuators also come in handy when measuring the power of an electronic circuit or for summing up several signals with different amplitudes.

Attenuators have simple design and construction. They are basically made up of resistors and capacitors, which are usually placed in series or parallel to each other.

Their designs can be either fixed or variable.

The materials used for making attenuators are mostly metal, fiberglass, and wire-wound ceramics. Also, they can be found in different shapes such as cylindrical, rectangular, and ellipsoidal.

How do attenuators work?

Attenuators work by reducing the magnitude of a signal without any significant distortion. They do this by impedance matching, which is a process of adjusting the impedance of one device to match the impedance of another device.

When attenuators are used in audio applications, they reduce the level of noise and distortion that is produced by the amplifier. This is because the amplifier is no longer being overloaded with a signal that is too strong for it.

Components of an attenuator 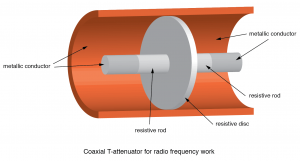 Now that we have seen how attenuators work, let’s have a look at the critical components that make up an attenuator.

The resistor is the most important component of an attenuator. It is responsible for reducing the signal level, and it must be selected carefully to ensure that the signal is not distorted.

The capacitor is used to match the impedance of the load with that of the signal. It also helps to prevent any ringing or oscillations from occurring in the circuit. 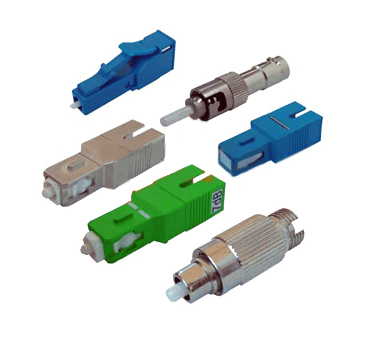 Let’s now have a look at the different types of attenuators in the market:

This type of attenuator doesn’t have any switches or controls for changing its resistance. It is used when a precise amount of attenuation is required.

This is the most common type of attenuator. It has adjustable resistance, which can be altered using a knob or switch. This type is useful for matching the impedance of different devices.

Switchable attenuators are also known as switched-mode attenuators, and they are available in two forms such as rotary and slide switches. They do not dissipate any power, which is why they can be used without any fear of overheating.

This type of attenuator does not have an internal resistor or switch, so it cannot alter the impedance. It works by adding a resistor in series with the input or output of the device.

This type of attenuator has a switch that can be turned to change its resistance. It is mostly used in high impedance circuits, as it offers low loss and good isolation between the output and the input circuit.

This type of attenuator is often used in audio applications. It contains two resistors, which are placed either in series or parallel to reduce the signal level.

This is a variation of the L pad attenuator. It has a center-tapped resistor, which can be used for producing dual voltage supplies from a single source.

A DC-type attenuator is used for reducing the amplitude of the direct current. It usually comes in the form of an L pad, and it contains resistors that are connected using diodes. It can also be used as a voltage divider, which is useful for making precise measurements of voltage without amplifying it further.

This type of attenuator is used for matching the impedance that comes from a constant current source. It does this without altering the voltage across it.

This type of attenuator works by combining resistors in parallel with capacitors, which are placed between them. Its frequency response is similar to that of low pass filters.

How to use an attenuator 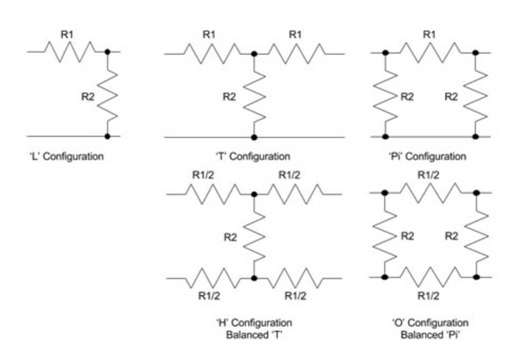 Now that we have seen all the different types of attenuators in the market, let’s take a look at how to use them:

-First, you need to identify the type of attenuator that is best suited for your application.

-Once you have identified the type of attenuator, you need to consider its size and power dissipation.

-Some applications require a lot of power dissipation, so an attenuator that is capable of dissipating large amounts of power must be used.

-You also need to check on the maximum voltage that can be handled by the device before using it in an application.

-The attenuator must also be connected correctly, so make sure you refer to the schematic diagram before connecting it.

-Finally, you need to set the attenuation level that is required for your application. This can be done by turning the knob or switching on the attenuator.

Where do I put the attenuator?

The attenuator can be placed in different locations, depending on the type of circuit it is being used in.

-In an amplifier circuit, the attenuator is placed before the pre-amplifier.

-If the system uses a bypass capacitor, you should place it after it.

-The attenuator can also be placed between one of the stages and the output, or between two separate stages. This allows for further suppression of noise.

-You can also use attenuators as voltage dividers, which is a common application in RF circuits.

Let’s have a brief look at some of the most common attenuator circuits.

The voltage divider circuit is one of the simplest attenuators, as it consists of two resistors. It can be used for reducing the level of strong signals without causing any distortion.

In the T attenuator, there are three resistors, two of which are in series with the input and output, while the third resistor is in parallel with them. This type of attenuator is ideal for reducing the level of high-frequency signals.

The resistive pad attenuator is another common type of attenuator circuit. It contains a single resistor, which is placed in series with the input or output of the device. This type is often used in audio applications, as it offers low loss and good isolation between the output and the input circuit. 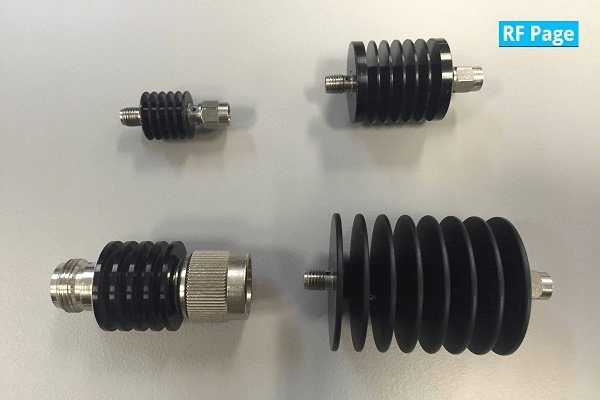 This is measured in terms of decibels relative to power. It indicates the amount of power that is being lost.

This measures how well a device can isolate two circuits from each other. It is usually measured in decibels, and it shows the amount of attenuation at a particular frequency.

This measures how much of the signal gets reflected back from the attenuator. It is usually expressed in decibels and indicates the amount of signal power that is lost.

This measures how much power is lost when the attenuator is inserted into a circuit. It is usually expressed in decibels and helps to determine the efficiency of an attenuator.

This measures how close the attenuation level is to that which has been set using the knob or switch. It is usually expressed in terms of decibels.

This represents the maximum power that an attenuator can handle before being damaged. If you are designing your own attenuators, make sure it is greater than the power rating of the device.

This is the amount of frequency range an attenuator can handle. It depends on both the type of attenuator being used as well as the power rating.

This shows how much change in attenuation occurs for every decibel reduction in the input power level. It is usually mentioned in dB/dB.

This is the impedance at which an attenuator is expected to work. It depends on the type of input and output connectors, as well as the frequency range.

This is a unit that measures how much current flows per volt applied through an attenuator. It indicates the accuracy with which the attenuation level has been set.

This is usually expressed in watts, and it indicates the amount of power that gets dissipated by an attenuator.

This is the maximum amount of power that can be handled by a particular attenuator. It depends on certain factors such as frequency bandwidth and accuracy.

Where are attenuators mainly used?

There are a number of applications where attenuators can be used, including:

Attenuators are often used in RF circuits to help reduce the level of noise and interference. They are also used to adjust the signal level of transmitters in wireless communication.

With audio amplifiers, you cannot set the volume too high or low because there might be distortion in the sound quality. Attenuators are used to prevent this from happening. They help to reduce the input level without causing any distortion in the output signal.

Data communication systems use attenuators when there is a need to adjust the signal level at each end of a communication link. This helps to ensure that the signals are within the required range and that they are received correctly.

Video circuits use attenuators to control the gain or loss of video signals. They also help to prevent any distortion in the video signals.

How do you test the attenuator? 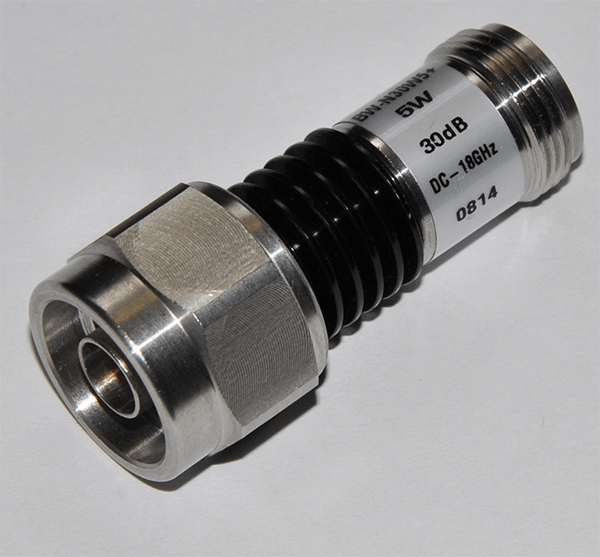 Testing attenuators is a very important part of ensuring that they are working correctly. There are a number of methods that can be used, including:

This is measured in decibels, and it indicates the ability of an attenuator to reflect or reject noise. It can be calculated by dividing the output voltage into the input voltage then subtracting 30 times the log (reflection coefficient). The reflection coefficient is equal to V/Vm, where V is the voltage at the input and Vm is the voltage at the output.

This is measured in watts, and it indicates the amount of power that an attenuator can handle without any damage.

This measures the range of frequencies over which an attenuator can operate without any degradation in performance. It is usually expressed in megahertz (MHz) or gigahertz (GHz).

How to buy attenuators?

When buying attenuators, there are a few things that you need to consider, including:

-the type of attenuator

Once you consider these factors, you can then decide on the type of attenuator that you need.

You should also consider where you buy attenuators. For example, you may need to buy them from an electronics store or online. By this, we mean the manufacturers and suppliers of attenuators.

There are a number of manufacturers and suppliers who offer attenuators. Check out their reputations and choose the best manufacturer or supplier from the list.

The price is also a key factor when buying attenuators. Make sure that you compare the prices of different manufacturers or suppliers to find out which one offers the best deal.

In conclusion, attenuators are very important devices that are used in a variety of electronic circuits. They help to adjust the signal level and prevent any distortion in the output signal. There are a number of factors that you need to consider when buying attenuators. Follow them and you will end up with the right one.

Just contact us and we will help you get the best attenuators for your needs.