Everything You Need To Know About Audio PCB 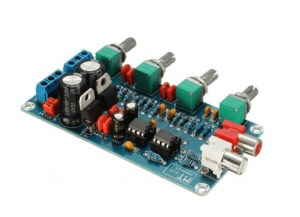 There are devices in the market whose operations are characterized by audio signals. They either take in audio signals or transfer the signal out of the device.

Have you ever wondered how they function? All is credited to the Audio PCB.

Audio PCB is a platform for carrying audio signals inside electronic devices such as mobile phones, headphones, speakers, and so on.

Are you planning to buy an audio PCB for your project? Here is a perfect guide for you.

In this guide, we are going to look at everything you should know about audio PCB.

What is an audio PCB? 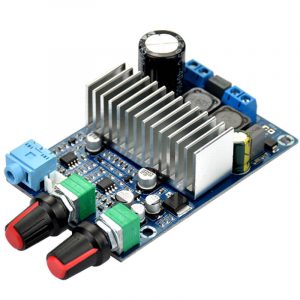 Audio PCB is a special type of Printed Circuit Board (PCB) whose operations are characterized by audio signals. It is a platform for carrying audio signals inside electronic devices such as mobile phones, headphones, speakers, and so on.

The audio PCB contains one or more integrated circuits (ICs), which can be either analog or digital depending on their purpose. It also contains passive elements such as resistors, capacitors, and inductors.

The ICs in an audio PCB are responsible for the amplification of audio signals coming from an external source. The passive elements in the board serve an important role too. They play a key role in filtering out unwanted noise from the incoming signal before it reaches the active components.

What are the main functions of Audio PCB? 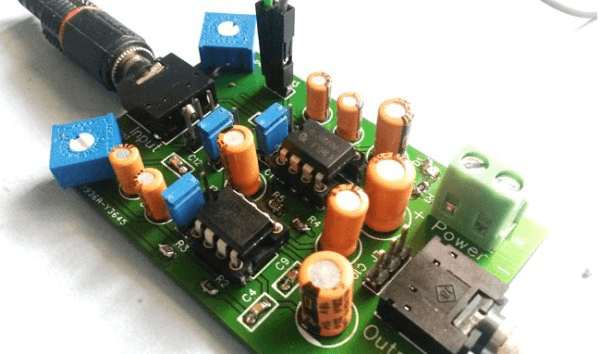 As mentioned earlier, there are two major roles played by an audio PCB in a system: input and output:

Audio PCB serves as a platform where external audio signals such as those generated by a CD player, tape recorder, or radio tuner are converted into digital signals.

The digital signals generated by the audio PCB are then sent to the other circuitry in the system for further processing.

The main role of an audio PCB is to convert digital signals back into analog form. This is done by transforming the digital signal into an analog one and sending it out of the device. The analog signal is then passed through a speaker or headphones for listening to music, playing games, or watching movies.

Two terms are often confused with each other: audio PCB and audio IC (integrated circuit). An audio IC is a type of electronic component that can be used on an audio PCB to perform some specific tasks.

For example, you will find many types of ICs in an amplifier such as transistors and op-amps that serve different purposes such as amplification, power supply regulation, and so on.

Audio PCB is a board that serves as the foundation of all the other audio components in a device. It is responsible for sending digital signals from other devices to the audio ICs, converting analog signals into digital ones, and sending analog signals back to the outside world. The board itself consists of many layers such as power supply layers, amplifier layers, and signal layers.

Components of an Audio PCB

Now you have some basics of the audio PCB, it is time to analyze its physiques. What does it look like and what are its components?

The first thing you will notice is that the audio PCB is a very complex board, and it has a lot of components on it.

The following are some of the main components:

The power layer consists of two types of layers: plane layers and power plane layers. Plane layers are considered to be two-dimensional because their thickness is negligible compared to their horizontal and vertical dimensions.

Electrical layer: This layer contains many types of electrical components such as resistors, capacitors, inductors, and diodes. These are used to ensure the stability of the power supply and also to prevent unwanted signals from interfering with the main signals.

Amplifier layer: This layer contains many types of amplifiers such as op-amps, class AB amplifiers, etc. These are used to amplify the analog signals coming from other devices before they reach the speaker or headset.

The solder mask layer is responsible for protecting copper from oxidation and also from being exposed to any liquids that might get onto a board. A solder mask can also be used for visual appeal.

Before you proceed to buy an audio PCB, it is important to consider its design. The design will determine the installation, performance, and even usability of your audio PCB in a device.

Audio PCBs are usually designed by engineers and designers to meet the following requirements:

– Connectivity: In order to ensure that sound is transferred from your device to another device, you will require a connector between your two devices that have high connectivity and low impedance. Connectivity is usually measured by its impedance and also by its distance from one point in your circuit to another point in your circuit. The closer you can get these points together, the better connection you will have for sound transmission between your device and another device.

– Power: Audio devices are often powered by batteries. The PCB designer should make sure that there is enough space on the PCB for the battery to be placed. Generally, you will want at least 1cm of space around your battery in order to ensure that there is sufficient space for the battery to be placed in a manner that does not interfere with other components on your PCB.

Always keep your components and their size as small as possible. This will help reduce the overall size of your audio PCB and also helps with reducing the overall weight of your device, which will help when you try and hold it in one hand!

The designer should always ensure that there are no noise sources, especially in signals which have a high-frequency component such as audio signals, which can cause unwanted electrical noise.

The designer should ensure that the traces on the PCB are as close to one another as possible. This will help reduce signal delay and therefore help with reducing audio quality degradation when your audio device is plugged into a different device or if you are using an external DAC (Digital-to-Analog Converter).

The designer should make sure that there is always a good connection between the ground pins on both sides of the PCB and also between all of the components so that there is no chance of signals being picked up by other components on your PCB.

Capacitors are used in all audio devices to filter out any unwanted frequencies and to help reduce the overall noise. The capacitors should be placed as close to the signal pins as possible and also on the opposite side of your PCB from the signal pins, so that there is no chance of them being picked up by other components on your PCB.

Interfacing is all about the connection between the PCB and other hardware components. The easiest way to an interface is to use through-hole components and solder them together. There are a number of different methods for connecting the components.

The most common method is through-hole, but there are also surface-mount methods as well as other types of connections. 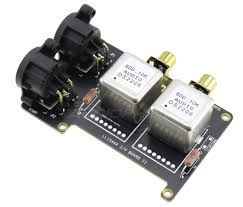 Are audio PCBs any good? You may ask. yes, these boards come with an array of advantages including;

– They are easy to work with as they are user-friendly.

– The boards are compact and less space-consuming.

– They are cheaper compared to other types of PCBs.

– They have good shielding which reduces interference and noise.

-It is Possible to integrate numerous functionalities.

– They are easy to repair.

– They are good for a variety of applications.

– They have good sound reproduction capabilities.

– They are durable and long-lasting.

– The boards can be customized as per the requirements of the customer.

Things to look for when buying audio PCB

Before you buy your next audio PCB, it is vital to consider the following factors.

-PCB layout: By this, we mean the arrangement of the circuit. The layout can be very important as it determines the type of components that you will use to build your PCB.

-PCB material: This is another factor to consider when buying an audio PCB. There are a number of different types of PCBs available, each with its own advantages and disadvantages.

-PCB size: The size is also something that you should consider while buying an audio PCB. You should choose a board that has a size that can accommodate all the components that you want to use in your circuit.

-PCB price: Here too, there are many different types of boards available and it is important to decide on the right one based on its price so that you don’t end up spending more than what you need to.

Where to buy Audio PCB?

You should be careful with where to buy audio PCBs for your projects. Always ensure that you buy from reputable manufacturers and suppliers.

If you are planning to buy audio PCBs in China, ICRFQ is there for you. We are a reputable sourcing agent for electronic components in China. We will connect you to quality manufacturers and suppliers of audio PCBs.