Conductor vs Insulator: What’s the difference? 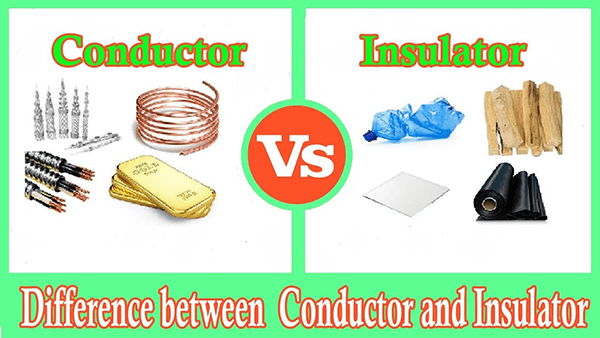 Do you know the difference between conductor and insulator? It’s not just a question of what you can wear in cold weather. Electrical circuits need to be insulated, or they will short out and stop working. If a wire is running inside an electrical device, like a lamp, it must be insulated so that any electrical current is contained.

The same is true for power lines outside your home; they must be insulated with rubber or plastic so that the power flows from your power plant to your house safely.

But if something isn’t conducting electricity well, it might not be an insulator. You can still find yourself with wet clothes if you don’t wear rubber boots when it rains! That’s because water conducts electricity well and doesn’t qualify as an insulator!

So now you know: Let’s dissect the differences between conductors vs insulators.

What is a conductor?

In the field of electricity and electronics, a conductor is a material that allows the flow of an electric current in response to an electric potential difference or voltage across it.

In simple terms, a conductor is an object that allows electrons to pass through it without much resistance.

Electrons are the tiny particles that flow through a conductor.

An example of a conductor is copper wire.

Copper is a metal, and all metals are conductors. Copper is used in electrical wires because it allows electricity to flow through it easily.

Electrons can easily move across the surface of the copper wire and into another object being charged.

This means that if an electric current is applied to one end of the wire, electrons will pass from one end to the other until there are no more electrons to transfer, or until they reach an object that cannot conduct electricity (like a battery).

When this happens, the electrons stop moving and the current stops flowing.

A good conductor has lots of free-flowing electrons and allows electrons to move through it easily.

What is an insulator?

Still in the field of electricity and electronics, we can define an insulator as a material that does not conduct electricity.

Insulators are good at blocking the flow of electrons, or in other words, they don’t allow electrons to move freely through them.

Some insulators include rubber, wood and glass, and most plastics are also good insulators.

However, some plastics can be made to be conductors by adding free-flowing electrons (sodium or potassium) to them.

Since they don’t conduct electricity well, insulators are used in electrical circuits as a protective measure.

They prevent current from flowing from one part of a circuit to another part by either blocking the path or diverting the current away from sensitive components like light bulbs or electrical wires.

Difference between conductors vs insulators 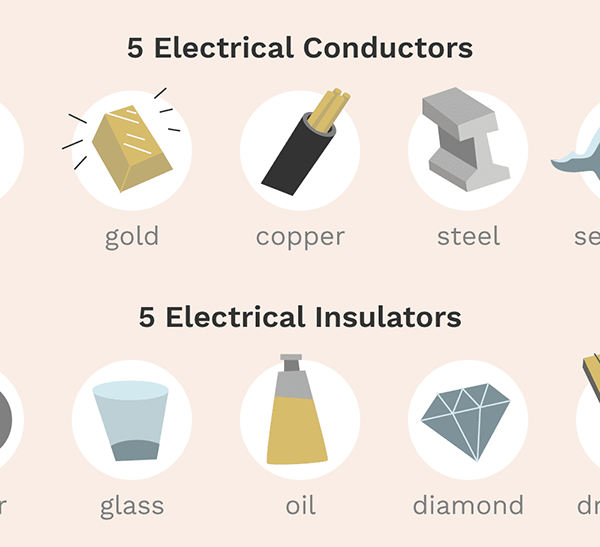 From the definition, let’s now have a breakdown of the key differences between conductors and insulators.

-Electric field: Conductors have high electric fields, especially on their surfaces. This is because the electrons in a conductor are free to move about, allowing electric charges to build up on one end of the conductor.

-Heat transfer: When a current flows through a conductor, it creates heat. The heat is caused by the resistance of the material to the flow of electrons and by friction between the electrons moving through it.

-Magnetic field: Conductors are capable of being used for the storage of energy. They store energy in the form of magnetic field. They may be used in the form of electromagnets, which are devices that generate a magnetic field by using an electric current. On the other hand, insulators cannot store any magnetic energy.

-Covalent bond: A covalent bond is a strong chemical bond that holds atoms together. The covalent bond in insulators is way stronger than that in conductors. This bond is one of the reasons why insulators cannot allow electrons to flow through them with ease.

-Valence band: The valence band is the region of the atom that is farthest from the nucleus. It contains the highest energy level of an atom. The valence band in insulators is much larger than that in conductors where it is empty.

-Electron affinity: This refers to a property of an element or compound which relates its ability to accept or give up electrons. In conductors, electrons can easily flow through them due to their high electron affinity. In insulators, this property is not as high as that in conductors. 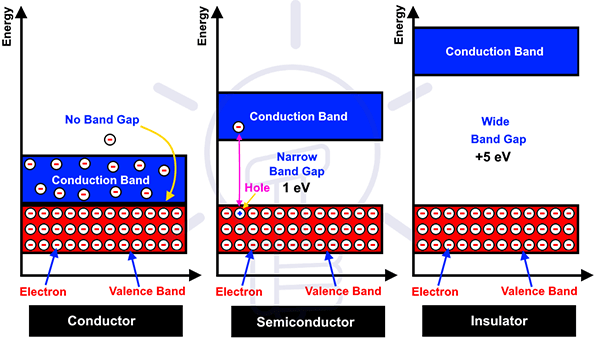 Examples of conductors include:

Examples of insulators include: 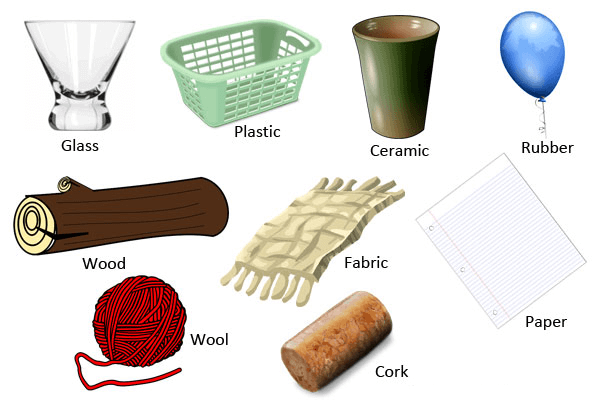 Insulators are mainly used for:

Insulators are used in the circuit for the protection of electrical equipment. The insulator is also used as a heating plate for cooking and a cover for electric appliances such as toasters and electric kettles.

The distribution of mechanical force such as in printed circuit boards to provide mechanical support to electrical components.

The insulation of a conductor from heat produced by an external source such as an electric heater or the resistance heating system in electric motors.

Insulation prevents heat loss from being conducted through the insulation to other conductors or other materials or objects that are not insulated, possibly resulting in damage to those materials

Conductors are mainly used for:

-Facilitating flow of current from the source to the target device

-Distribution of electricity across different locations

Things to know when handling conductors

When handling conductors, it is important to consider these factors:

-Conductors are used in different locations and the form and size of the conductors will vary depending on the application.

-Conductors are used in different environments. The insulation, size, shape and composition of conductors will also vary depending on the environment.

-Conductors are damaged by physical contact, friction or wear. Depending on how they are used, conductors can be damaged by:

-Contact with heat produced by an external source such as an electric heater or the resistance heating system in electric motors .

Where to buy conductors and insulators?

Conductors are bought from electrical wholesalers. Wholesale suppliers usually have a stock of different types of conductors and insulators in various sizes. They also have a wide range of other components such as fuses and switches, and accessories such as cable ties and terminations.

You can buy these items directly from the supplier or through a distributor.

In case you are considering buying China, consider contacting ICRFQ. We are a reputable sourcing agent and supplier of electrical components in China.