CR2430 and CR2450 are two popular button/coin batteries that are used in a wide range of applications.

Just by looking at them, you can easily assume that they are similar in every different aspect.

In fact, you can easily conclude that CR2430 is interchangeable with CR2450.

But in reality, there are some glaring differences that tend to separate them.

In this guide, we are going to discuss all the differences between CR2430 and CR2450 batteries.

At the end of it, you will know which one to buy and for which application.

I will also guide you on where to buy both CR2430 and CR2450 batteries in China. 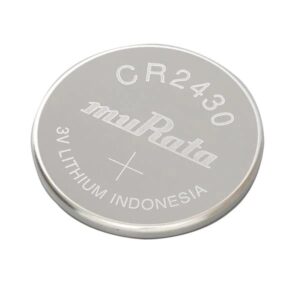 CR2430 are non-rechargeable lithium Manganese Dioxide coin batteries that are used in a wide range of applications.

The name 2430 simply stands for the measurements or dimensions of the battery. It measures 24mm by 3.0mm( diameter and height).

The battery has a rated voltage of 3.0V while its cutoff voltage is 2.0V.

It is a button/coin battery that is designed to perform well in its application areas thanks to its reliable chemical composition.

When it comes to tolerance, it can easily cope with mildly harsh temperatures. It can also withstand some moderate levels of rough handling.

However, you will still need to be extra cautious when handling it.

CR2430 batteries are manufactured by different top brands, and you can easily find a reliable CR2430 supplier in China.

Only ensure that the battery is original and meets the minimum requirements of these batteries. 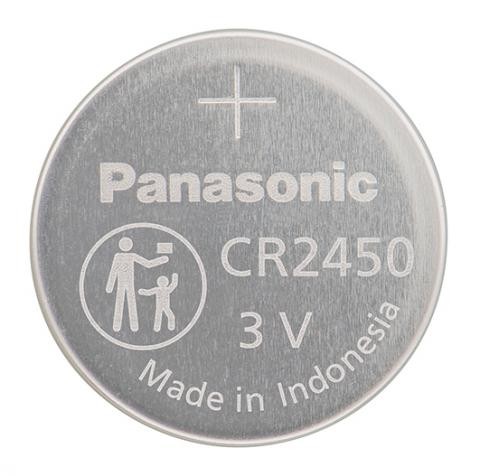 CR2450 is another battery that deserves your attention, especially when you are planning to buy a CR2430.

Maybe, it could be an ideal alternative.

CR2450 is also an equally popular button cell battery that is used in many diferent devices, both large and small.

For instance, you can find this battery in a computer’s motherboard while at the same time in a wristwatch.

Other application areas of CR2450 batteries include remote controls, car keys, medical devices, and security devices among others.

The number 2450 on the name stands for the battery size. It simply means that the battery’s dimension is 24mm by 5.0mm( diameter and height).

The chemical composition of the battery encompasses lithium manganese-dioxide. So, it is in the same league of other button-cell batteries that are lithium-ion-based.

Generally, CR2450 is a battery that can easily go head-to-head with the CR2430

Let’s look at the technical specifications of the CR2430 battery.

Let’s look at the technical specifications of the CR2450 button cell battery.

Now that you know the specs of the two batteries, we can go ahead and look at their key areas of demarcations.

How important is this?

It means that the compartments used for holding the two batteries are different.

The compartment for a CR2450 will be deeper than that of a 2430 due to their height difference.

So, you can not smoothly interchange the batteries. You will have to do some modifications on their compartments for the battery to fit.

Now let’s compare the power specs of the two batteries.

This refers to the rated voltage of the battery. Both the CR2450 and CR2430 have the same nominal voltage of 3V. This implies that

The nominal capacity of the battery refers to the maximum amount of current rate that the battery outputs in an hour. It is different from the rated capacity.

CR2450 has a significantly higher nominal capacity than the CR2430. CR2450 is more suitable for devices that drain larger current.

Also, it is suitable for powerful and better-refined products.

However, both have the same standard discharge current which is 0.2mA

There is a slight difference in the weight of the two batteries. CR2450 weighs 6.3g hence is heavier than the CR2430 which weighs 4.4g.

The weight may be an issue of importance when it comes to super-sensitive applications.

CR2450 has a higher range of operating temperature than the CR2430. Even though the difference may be small, it will still matter when deploying the batteries in different application areas.

The price of CR2430 and 2450 is almost the same. You may get some slight variations from different button batteries suppliers but the difference is not that big to tilt your choice. But due to the performance factor, CR2450 is likely to be more costlier than the CR2430

No. Despite having the same voltage, CR2430 and 2450 are not interchangeable. We have already discussed two key reasons why.

First, they come in different sizes so they cannot fit into the same battery compartment.

The most important reason why you cannot replace a CR2430 with a CR2450 is they have different capacities. The difference is so big such that they will end up delivering different performances.

It all boils down to your specific needs and requirements.

What do you intend to achieve from the battery?

While both are used in the same devices, they have different performance levels.

Once you decide on the button/coin cell battery that suits your needs, ensure that you get it from a reliable manufacturer or supplier.

This is where ICRFQ comes in.

We are a reputable supplier and sourcing agent for both CR2430 and CR2450..