The Complete Guide To Direction Of Electric Current 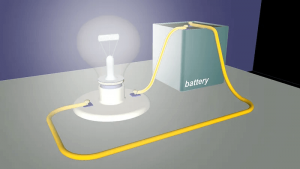 Except for insulators, every particle in nature contains a substantial number of unbound electrons. Under normal circumstances, these electrons travel randomly in all directions within the substance. When a specific voltage level is put across these materials, all of the electrons begin to go from the higher potential zone to the lower potential region.

What Is Electric Current？ 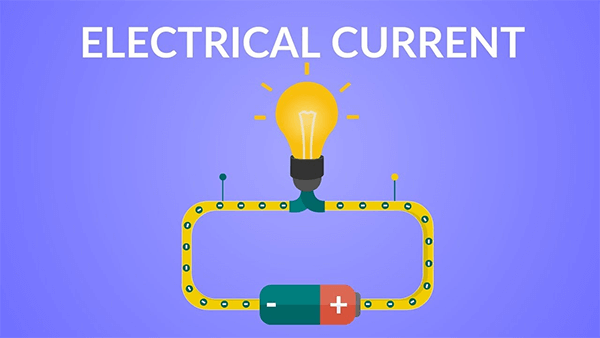 Electric current is a moving electric charge. Rapid static electricity discharges include a lightning bolt or a spark between your finger and a ground light switch plate. When we talk about electric current, we usually imply the more controlled type of electricity created by generators, batteries, solar cells, or fuel cells.

The electrons and protons in an atom carry most of the electric charge. Protons have a positive charge, whereas electrons have a negative charge. However, because protons are mainly trapped inside atomic nuclei, electrons are responsible for transporting charge from one point to another. In a conducting material like metal, electrons are mainly free to flow between atoms and conduction bands, the highest electron orbits. A charge imbalance is created by a significant electromotive force (emf), or voltage, which allows electrons to flow through a conductor like an electric current.

While comparing electric current to water flow in a pipe is risky, some parallels may make it simpler to comprehend. The flow of electrons in a wire can be compared to the water flow in a pipe. The caveat is that the pipe is constantly full of water in this situation. We don’t have to wait for the water to make its way to the end of the pipe if we open the valve on one end to let it in.

Because the entering water pulls the water already in the pipe toward the end, we obtain water practically instantly out the other end. When an electrical current pass over a wire, this is what happens. The conduction electrons are already present in the wire; all we have to do now is start moving electrons in one direction, and they will begin to flow in the opposite direction relatively instantly.

Mobile electrons are the particles that transfer charge through wires in a circuit. Positive test charges are pushed in the direction of the electric field in a circuit by definition. As a result, the negatively charged electrons flow in the opposite direction of the electric field. However, whereas electrons are the charge carriers in metal wires, other circuits’ charge carriers can be positive, negative, or both. Charge carriers in semiconductors, street lamps, and fluorescent lamps are positive and negative charges moving in opposite directions simultaneously.

Positive charges were envisioned as charge carriers by Ben Franklin, who undertook substantial scientific experiments in both static and current electricity. As a result, an early standard for the direction of an electric current was formed, with positive charges moving in the current direction. The custom has endured and is still followed today. By convention, the direction of an electric current is the same as the movement of a positive charge.

The current in the external circuit is thus diverted away from the battery’s positive terminal and toward the negative terminal. Electrons would travel in the opposite direction through the wires. Knowing that the charge carriers in wires are negatively charged electrons, this practice may seem strange and outdated. Nonetheless, it is the accepted convention worldwide, and a physics student can quickly acclimate to it.

Speed of Electron or Charge Movement

The speed at which electrical current is transmitted differs significantly from the speed electrons move. The electron itself bounces around in the conductor, moving at a speed of only a few centimeters per second. This means that most electrons never make it out of the wire in alternating current when the current changes direction 50 or 60 times each second.

In the near-vacuum inside a cathode ray tube, electrons flow in near-straight lines at roughly a tenth of the speed of light.

When an electric current flow through a conductor, there are several indicators that it is doing so.

Another result that can be seen is the formation of a magnetic field surrounding the conductor. It is possible to detect a current passing via a conductor. The compass needle can be observed deflecting when placed close to a wire delivering a significant direct current. Note that this will not work with mains since the field varies too quickly for the needle to respond, and the field is canceled out by the proximity of the two wires (live and neutral) in the same cable.

The magnetic field created by a current is helpful in various applications. The effect can be enhanced by winding a wire into a coil, and an electromagnet can be created. The effect is used in relays and a variety of other objects. Loudspeakers also employ a fluctuating current in a coil to create vibrations in a diaphragm, which converts the electronic currents into sounds.

How to Measure Current？

Knowing the amount of current flowing through a conductor is a crucial current feature. Knowing what current flows is critical because electric current is an essential aspect of electrical and electronic circuits. The current can be measured in several different methods. One of the most straightforward approaches is to use a multimeter.

The Mathematical Expression of Electric Current

The number of electrons moving past a specific point in a wire or circuit per unit of time calculates electric current.

In seconds, the flow time is given as Q/t, which is the charge of electrons traveling through the conductor.

In Which Direction Does Electric Current Flow?

On the other hand, an electric current is nothing more than the passage of electrons. Electrons are negatively charged particles that are attracted to positively charged particles. In addition, many investigations have proven that free electrons cause the flow of electrons in a conductor. Electrons with a negative charge migrate from the negative to the positive terminal. This is the actual current flow direction.

The Direction of Current Flow in Circuit Analysis

According to the electron theory, when a potential difference is introduced across a conductor, some matter travels across the circuit, forming the electric current. This matter was thought to move from a higher potential to a lower potential, i.e., from the cell’s positive terminal to its negative terminal, via the external circuit.

This current flow convention is so well-established that it is still used today.