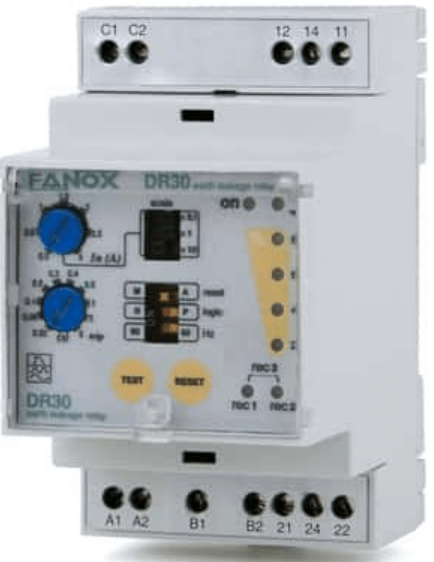 On the other hand, the earth leakage relay is designed to detect low earth leakage current caused by indirect contact between the live portion and the earth or grounding, such as insulation failure, moisturization, and so on. Let’s take a closer look at the earth leakage and earth fault relays.

What Is the Earth Leakage Relay? 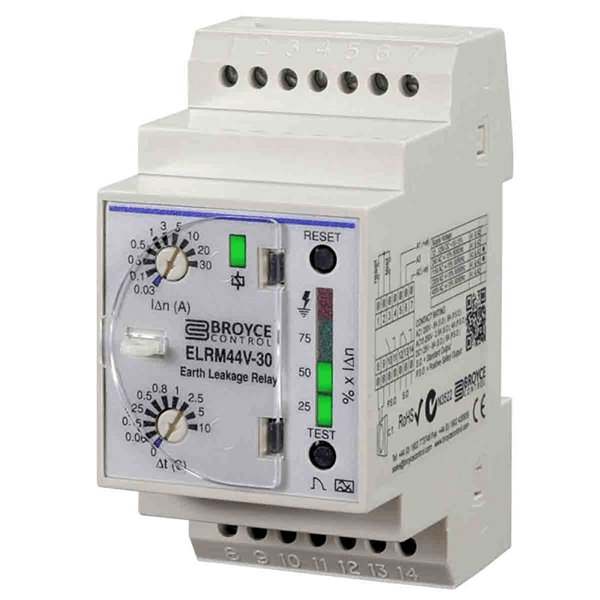 Unidentified fault currents can cause cables to overheat, perhaps causing a fire. If significant fault currents are present, hazardous voltages may emerge on earthed equipment, putting life in danger. As a result, a special protection mechanism to disconnect the energy and the load is required. For these objectives, an earth leakage relay is used.

The core balance transformer enables the measurement of residual currents directly (earth leakage current). To an earth default, the presence of a homopolar component is significant. This component is measured using a toroidal transformer put around the three phases + neutral, phase + neutral, or the earth connection.

If the neutral is spread evenly, all phases should flow through the inner half of the toroid. It is not recommended that the earthing wire runs through the toroid.

The conductor or bar to be utilized determines which toroidal transformer to use. When renovating or upgrading an existing installation, it is recommended that you use the open versions.

‘Earth leakage current can occur as a result of an insulation failure in cables or equipment, or it can occur under normal operating conditions in electronic equipment that uses capacitors for filtering functions in power supply, which can produce leakage to Earth when in operation.’

How Does an Earth Leakage Relay Work?

It is feasible to measure the leakage current to the earth using the earth leakage relay. A separate external toroid is used in combination with this relay. The current flow is proportional to the magnetic field created by the active conductors that pass through the toroid.

The vector sum of the current is 0 under normal conditions and in the absence of leakage current. Any fault condition results in an unbalance in the vector sum proportional to the leakage current magnitude. The toroid continuously detects the fault current’s value. The residual current relay switches its output connections when it gets a signal from the toroid. The shunt-trip then opens the circuit breaker.

Why Is an Earth Leakage Relay Needed?

Because compact residual current devices are manufactured up to 125A and have a sensitivity of up to 1000mA, we need earth leakage relays.

Because an earth fault is a voltage-operated device, it can only function when many faults occur. Earth fault relays are commonly employed in electrical substations and transformer systems where a large earth fault is possible.

How Does an Earth Fault Relay Work?

As stated previously, the EFR is an earth fault monitoring device that requires input from a CT. The output tripping contacts would activate if the earth fault current remained over the specified value for the set time delay. The EFR can be utilized with a dip switch for large amperes to set the settings. The EFR’s settings, such as tripping, current, tripping, time, high peak current, and so on, can all be customized.

The operation of an EFR is similar to that of an RCCB; it follows Kirchoff’s law, which states that the current going to a place must be equal to the current coming back from that point. However, in the event of an earth fault, the current values will be drastically different, and we will utilize an EFR to locate the fault. CT will assist in determining the defect so that EFR can detect it. If the current supplied and received are the same, there will be no induced EMF in CT; if not, an EMF will be induced in CT, and the output of the EMF will be conveyed to the relay.

We can see some characteristics in EFR, such as IS, which stands for sensing current, IHS, which stands for high sensing current, and a delay, and we can use a dip switch to set all of these values in an EFR. So, if the EFR detects a fault, the trip light will illuminate, and we will need to reset the EFR after the fault has been resolved. Specific EFR models provide earth fault and overcurrent protection, while some EFRs do not include a CT; thus, we must connect one separately to the ERF.

When an earth fault develops, the devices issue a tripping command, breaking the circuit. The Restricted Earth Fault Protection (REFP) technique limits the problem current while dispersing the fault. To determine the fault current, devices such as an earth fault relay, an earth leakage circuit breaker, and a ground fault circuit interrupter are commonly employed.

Faults in the Earth’s Surface: What Causes Them? The failure of the insulator is the most common cause of an earth fault in an overhead transmission or distribution line. As a result, if the insulation fails, the fault current will travel to the earth via the live conductor and metallic tower.

The purpose of Earth fault protection and Earth leakage protection is to detect a fault current from a phase conductor to the Earth/ground.

The difference is that Earth fault protection is generally intended to safeguard equipment. In contrast, Earth leakage protection is primarily used to protect humans from hazards such as accidental contact with a live wire or minor leakage currents caused by insulation failure.

When a live conductor directly touches the earth, the earth fault protection system kicks in. Great fault currents will flow back to the transformer through its neutral point when connected to earth in this case, which a Residual attached CTs will detect.

In Earth leakage protection, defective currents are typically measured in milliamperes or less. A Core Balance Current Transformer (CBCT) and an Earth Leakage Detecting Relay are used in the detection process (ELR).

For more details or purchase of other electrical components, contact us at ICRFQ. We are the best electrical manufacturers in China.