Everything You Need to Know About Electrical Circuit Tracer 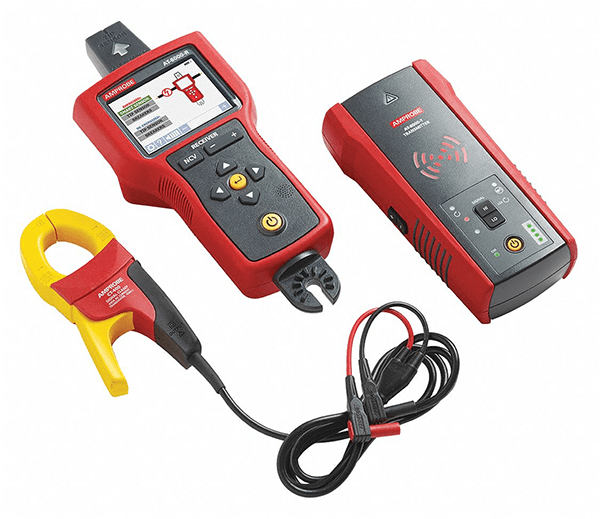 If you need to locate the electrical wires within your walls, you’ll want to use a non-invasive method. After all, if you didn’t have a plan, you’d just be pounding unsightly holes in the drywall in an ineffective attempt to cross paths with your cables. Thankfully, there is a better way: you can locate— or trace— the wire without hurting anything if you use the correct tools and techniques.

Complicated cables, ground lines, and other electrical conduct required for day-to-day electrical tasks can be found in most modern homes. A variety of electrical issues can occur in these circuits. The circuit tracer made tracing electrical cables a lot easier. Several circuits in a modern home are vulnerable to various electrical issues. Many years ago, the wiring was visually tracked from point to point to find a fault.

A variety of equipment has been developed by modern technology to make the job of an electrician easier and safer. It is no longer necessary to trace cables through walls, ducting, or ceilings. A circuit tracer can also be used to find ground lines, control wiring, neutrals, feeders, and branch lines, among other things.

Components of a electrical circuit tracer

The transmitter, receiver, and probe are the three components of a circuit tracer.

The transmitter is attached to one of the circuit’s ends, such as an outlet. It sends a signal down the wire it’s attached to.

The receiver detects the signal transferred over the electrical circuit. It’s usually a portable device. At the other end of the circuit, it’s utilized. The user is informed by the light or buzzer incorporated into the receiver when it is brought close to the cable carrying the signal.

A probe with three sensors is included in the circuit tracer receiver. The end of a conductor is found by using an electric field sensor. The differential field sensor determines the conductor’s direction above the ground.

The inductive sensor detects the direction of the circuit’s conductor beneath the earth. The probe uses a switch to generate some electrical energy and then measures the power generated by the circuit’s signal.

The third sensor is an inductive sensor that detects the location and direction of the current conductor, which includes a below-ground open-ended conductor. With a switch, one of the sensors provides the output selectively. The sensor calculates the magnitude of any signal based on the direction in which the probe is pointed. Swinging the probe forward and backward while watching the received signal on the device allows the operator to determine the conductor’s location and direction.

The transmitter sends out a one-of-a-kind signal. When the receiver is positioned correctly in relation to the breakers or cables being tracked, it recognizes this distinct signal. The receiver outputs a numeric value, and the tone increases in amplitude as a stronger signal is received. A voltage is injected into the traced circuit by sending a 32-kilohertz, time-modulated constant amplitude signal from the transmitter. The circuit is also subjected to an electromagnetic field. Whether the circuit is open or closed has a considerable impact on the strength of the electromagnetic field.

The circuit tracer eliminates the need for direct contact with the tested electrical equipment, allowing maintenance employees to work in a safer setting. 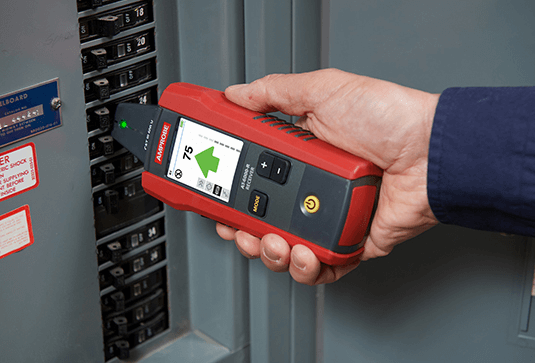 Who Uses These Tools?

Anyone who has worked on a restoration job has encountered homes and businesses with improperly designated circuits. In modern buildings, circuits are identified, whereas older structures aren’t nearly as precise or detailed. If you need to track down a short to ground or trace a circuit overhead, you’ll need to understand how circuit breaker finders function. These devices are also useful for tracing wiring and saving time and energy while opening up a space between two rooms.

In more sensitive locations, such as hospitals, another application exists. You’ll need a high-quality circuit tracer because of the interference. Plus, avoiding accidentally turning off Granny’s respirator makes picking the appropriate breaker even more critical!

Factors to Consider When Selecting an Electrical Circuit Breaker

If just one connection or wire in your electrical circuit breaks, the entire circuit may become useless. Fortunately, by employing the proper testing methodologies, such issues can be easily avoided.

As a result, voltage ratings ranging from 6 to 42-volt DC, 110 to 240-volt AC, 12 to 400-volt AC, and others are available. Using an electrical circuit tracker, you can use one of these ratings based on your requirements and needs.

Because most electrical circuits are situated in confined areas, it’s critical to make sure your circuit tracker can reach it. Thankfully, most of them come with an integrated probe, making this pretty simple. Numerous probe sizes are available, including up to 5 inches and 7 inches, with a bigger probe size always preferable.

This feature is required for the user to obtain the correct signal. It also helps to avoid false positives and other cable interference. Sensitivity adjusts using both automated and non-automatic methods until just one link, the transmission point, remains.

The breadth of applications for technicians and ordinary homeowners is clearly distinct. To avoid having to buy a new tracer every time operations change, experts require tracers for a variety of applications. However, you should become familiar with the electrical architecture, TVs, ethernet, and other telecommunication lines at home. 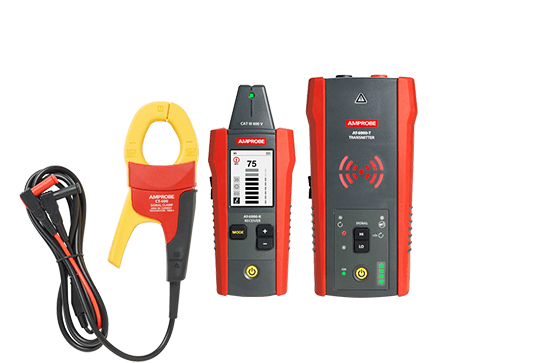 How does a circuit tracker get its power?

Why does my electronic circuit tracker have an RJ11 connector?

Let’s pretend your electrical circuit tracker also has an RJ11 port. In that instance, it can also check telephone lines and older network connections for any potential circuit faults.

Is it possible to track both AC and DC circuits using a single electrical circuit tracker?

While this isn’t true for most electrical circuit trackers, some do have a button that allows you to switch between DC and AC mode, which can be useful for swiftly testing a variety of electrical circuits with a single tool.

How does a tone tracer work?

The cable to be traced receives a signal from a tone generator. It’s a warbling square wave. An inductive amplifier is a probe instrument that uses capacitive coupling to boost the tone injected on the wire.

Manual checks on wirings, breakers, and anything else technicians felt relevant were used to resolve electrical system problems back then. As a result, repairs, as well as new electrical schemes, require a lengthy time. However, following the paths of a circuit has been easier thanks to modern technology and the best electrical circuit tracer.

Professionals use this gadget to locate damaged lines and assist in constructing intricate electrical connections in structures. Recognizing what’s inside your walls allows you to determine what has to be repaired and how to make your home safer. Plan your home remodeling initiatives and use your energy-hungry appliances with care.

Electrical systems are far from being toys. Whatever your goal is, you must be serious about every detail. Having the greatest electrical circuit tracer will make every step of the process easier, whether you’re building an electrical plan of your house, troubleshooting problematic connections, or simply educating yourself on your wirings. Always keep your needs in mind, as well as the amount of money you’re willing to invest. Take the time to study the manufacturer’s instructions and expert reviews on these gadgets.

Lastly, if you want electrical circuit tracers to purchase, contact us at ICRFQ; we are the best electrical components manufacturers in China.