Everything You Need To Know About Electrical Outlet Types 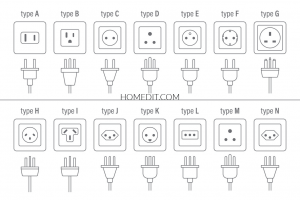 Commercial places and industries tend to have many electrical outlets to meet the needs of more people and applications.

What is the meaning of electrical outlets?

Electrical outlets are used to provide power from the main lines and supply power to different appliances.

Electrical outlets are used to plug in and supply power to different appliances like light bulbs, fans, lamps, and other electrical devices.

Electrical outlets are found in most of the houses and buildings. They are used to connect wall-mounted lamps, fans, and other electrical devices.

Electrical outlets come in many shapes, sizes, and designs. They can be circular shaped, square-shaped among many others. Read on as we will also discuss this.

What you should know about electrical outlets?

The number of electrical outlet types has increased over the years. This is mainly due to the increase in demand for electricity. These days people have more electronic devices including computers, televisions, mobile phones, etc.

with them than ever before.

Easy availability of this technology has led to an increase in the number of people using it and thus more electrical outlet types are required. Electrical outlets have also become a necessity in homes, offices, schools, etc.

As the name suggests, standard outlets are the most commonly used electrical outlets. They come in many shapes, sizes, and designs.

The standard outlets have a circular shape and modern design. They are used in homes, offices, schools, etc. These outlets are widely available in the market. 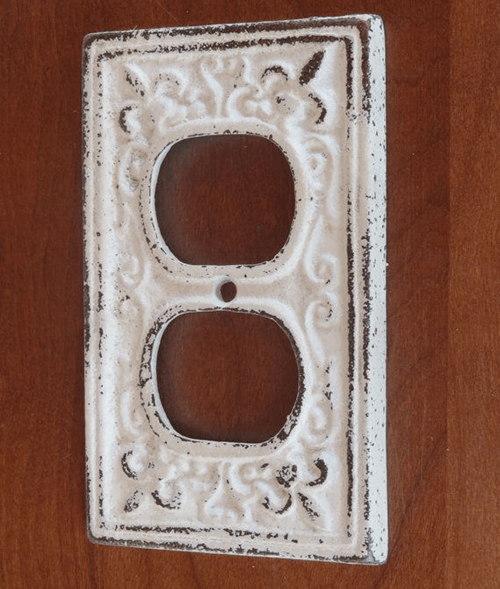 These electrical outlets have a beautiful cover on them which makes them look attractive and appealing to the eyes. These covers can be made of glass or plastic material.

Decorative outlets are mainly used in homes and gardens where they serve as an aesthetic addition to the decor of a room or garden area.

You should consider decorative electrical outlets if you are keen on issues such as the interior design of the house. The decorative outlet should match your decorations.

GFCI outlets are mainly used in kitchens and bathrooms. These outlets are designed to prevent electrical shock. They have an additional protection mechanism that senses a change in the current and interrupts the circuit if there is any problem.

GFCI outlets can be used along with normal outlets.

You can easily identify them because they have a red test button on them.

If you want to use GFCI outlets, make sure that the wiring of your house is compatible with them before purchasing them. 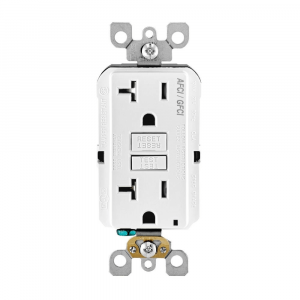 The AFCI electrical outlet is an advanced version of the GFCI outlet. The main difference between these two outlets is that the AFCI outlet senses problems in addition to changes in current.

This prevents fires and overheating of the electric wires.

AFCI outlets are mainly used in kitchens, garages, and workshops where they are connected to extension cords. It is an ideal outlet optimized for your safety and security.

These outlets have a cover that prevents access to the receptacle.

These outlets can only be used with tamper-resistant plugs like the ones used with computer systems.

They are not safe for use with computers, microwaves, and other appliances that use a lot of power.

There are two types of tamper-resistant receptacles: GFI and AFCI. These outlets can be used in bathrooms, kitchens, workshop areas, garages, and many other places where there is a lot of activity around them.

It is easy to identify tamper-resistant receptacles: they have a red test button on them, just like the ones used in bathrooms.

These are outlets that can be turned on and off by a switch. They are mainly used to control lighting in rooms.

They are usually placed near lighting fixtures so that they can be controlled from the switch or a wall-mounted dimmer.

They should never be used in places where food is prepared or served because they can be a fire hazard.

These are special electrical outlets that are designed for specific electronic devices and appliances. Some of these outlets include:

-Motorized electrical outlet: It is designed to be used with a motorized device.

-Remote control electrical outlet: It is designed to be used with remote-controlled devices. 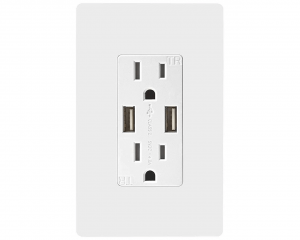 This is another type of electrical outlet that you should know. They are used to connect a computer and a power source to supply power to the computer.

USB outlets can be used for charging devices that have USB ports. These include cell phones, MP3 players, and other portable devices. They are also used for powering small appliances such as electric shavers, fans, and electric toothbrushes.

These outlets are designed to be used with smartphones and computers. They are used to connect the computer and the power source to supply power to the computer.

They are called smart electrical outlets because they include a small circuit called a Wi-Fi module that allows the computer to communicate with the outlet.

The outlet can then turn on and off at your command from your smartphone or computer.

How do they work? Well, they have a wireless receiver that is placed somewhere in the house.

When a device is connected to the outlet, it sends out signals to the receiver, which then relays this information to the outlet. 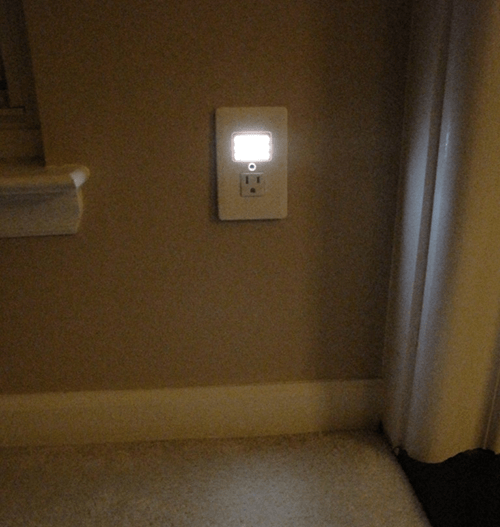 These outlets also have remote controls and dimmers. They are also ideal for children and can be used in dark rooms.

These are similar to smart electrical outlets except that they do not need an existing electric wiring system to operate.

They can be installed into any wall or ceiling space, and they control room lights, fans, and other devices.

They are often used in commercial buildings, hospitals, hotels, and retail stores because they allow for off-site control from a central location.

These outlets are used in standard wall outlets and provide a two-pronged outlet for safety.

They are not as common as the three-prong outlets and are often used in older home appliances.

These outlets provide a three-pronged outlet for safety and can be found in newer home appliances.

Unlike 2-prong outlets, they do not fit into older home appliances. 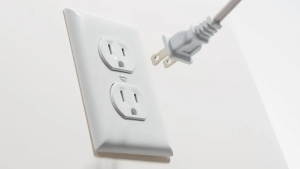 These outlets provide a four-prong outlet for safety and can be found in newer home appliances.

They are also known as “grounded” or “safety” outlets, and they fit into older home appliances.

These are the most common outlets found in homes, businesses, and schools.

They are used for standard 120-volt power or a 20-amp electrical circuit.

In most cases, you will find this type of outlet in a single hole in the wall.

There are two types of 20-amp outlets: single hole and double hole.

The single hole type is a simple outlet that can only be used with one electrical cord plugged into it at a time.

The double hole type is an outlet that can accept two electrical cords and is often used to power large appliances such as refrigerators and washing machines.

These are the same as 20-amp outlets but can handle a 250-volt electrical circuit.

This is the type of outlet you will find in a three-hole wall, often with an adapter plate under it.

These types of outlets are also found in industrial settings such as factories and large warehouses.

These are the same as 20-amp outlets but can handle a 250-volt electrical circuit.

This is the type of outlet you will find in a three-hole wall, often with an adapter plate under it.

They are also found in industrial settings such as factories and large warehouses.

They are commonly used in kitchens and bathrooms.

Understanding the size of electrical outlets

Electrical outlets are generally available in two sizes: 1-gang and 2-gang. The size of an outlet dictates how many wires it can accommodate, so if the receptacle needs to accommodate more than one wire, it must be made bigger. For example, a 4-gauge (2-gauge) receptacle might require an 8-gauge (4-gauge) extension cord.

Some older electrical outlets have been made in 3-, 4-, and 5-gauge sizes, but they are rarely used today.

Most electrical outlets are rectangular, and a few are circular. Many of the rectangular outlets have a round hole in the center, but some do not. Oval and round receptacles are more common in Europe than in North America.

Which electrical outlet type should I buy? 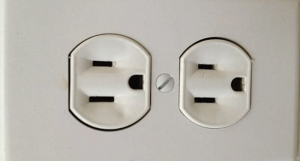 When choosing an electrical outlet, the most important factor is to make sure that it is compatible with the electrical equipment that you intend to plug into it.

You should also consider the shape, size, and design of the electrical outlets that you want to buy.

The shape, size, and design of the electrical outlet that you choose will affect how much space it takes up in your home or office.

Of course, you cannot leave out the price factor when choosing different types of electrical outlets.

Sometimes a cheaper outlet may suit your needs, but other times you might want to spend more money on an outlet that is more durable and which will last longer.

It is very important to know that there are many different types of electrical outlets and that you need to choose the right one for your needs.

It is also important to know that there are different types of plugs and that you need to choose the right one for your needs.

Before buying an electrical outlet or a plug, it is wise to research the different types of outlets so that you can make an informed choice.