Everything You Should Know About Electrolytic Capacitors 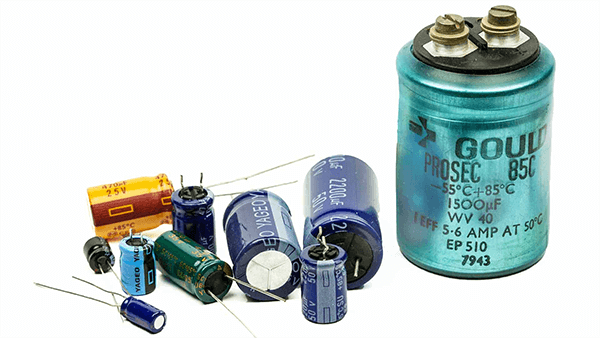 What Is Electrolytic Capacitor

What Is A Capacitor 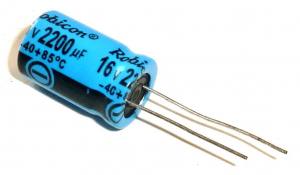 An electronic device that stores electric charge is known as a capacitor. It comprises two conductive plates separated by a dielectric insulating substance. Depending on the application, different insulating materials are employed to form the dielectric.

As a result of the extra electrons, the right-side plate gets more negatively charged (negative charge builds). On the other hand, the left side plate becomes increasingly positively charged (positive charge is built) when electrons are lost. Voltage is established between the plates as a result. This is how a standard capacitor functions.

What Is an Electrolyte?

Electric current is conveyed by moving ions in an electrolyte, a liquid electric conductor. Electrolytes or minerals, for example, carry a charge in our blood. Salt, potassium, chloride, calcium, and phosphorus are the most common electrolytes.

Anions (-) and cations (+) are the two types of ions found in electrolytes. An anion is an ion with more electrons than protons. Electrons have a negative charge, while protons have a positive charge. The total charge of the atom or anion becomes negative due to the excess number of electrons over protons. As a result, anions are referred to as negatively charged ions. Negatively charged anions are those that have a negative charge.

Electrolytic capacitors are classified into three types based on the material used to construct the dielectric: 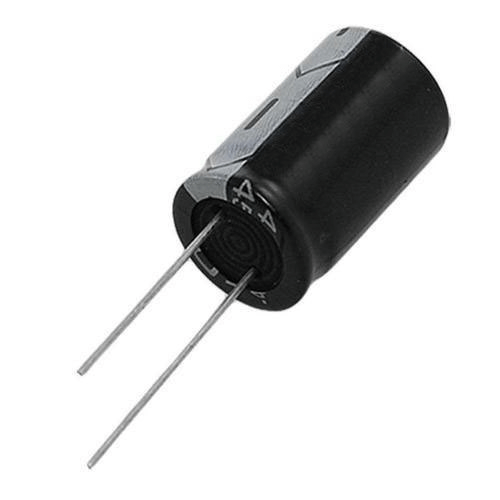 The cathode aluminum foil is also protected by a very thin insulating oxide layer or dielectric, generated naturally by air. However, compared to the oxide layer generated on the anode, this oxide layer is quite thin.

The formula for the serial connection of two capacitors yields the total Capacitance of the capacitor:

Where CA = Capacitance of anode

A minus sign (-) or a plus sign (+) is indicated on one of the two leads of polarized capacitors. This polarity has to be adhered to.

What Characteristics does an Electrolytic Capacitor have?

Because of their construction and the properties of the electrolyte used, electrolytic capacitors must be forward biased. As a result, the voltage at the positive terminal must always be greater than that at the negative terminal. The insulating aluminum oxide, which functions as a dielectric, could be destroyed if the capacitor is reverse-biased (the voltage polarity on the terminals is reversed). This could result in a short circuit between the two capacitor terminals.

Because of the high current flowing through the capacitor, it may overheat. The electrolyte warms up and spills or vaporizes as the capacitor overheats, causing the enclosure to explode. At reversal voltages of around 1 volt and above, this process occurs. A safety valve is inserted to preserve the safety and prevent the enclosure from exploding due to high pressures created under overheating circumstances.

It’s usually constructed by scoring the capacitor’s upper face, which then explodes open in a controlled manner when the capacitor overheats. Because electrolytes can be poisonous or corrosive, extra caution should be exercised when cleaning and replacing an overheated electrolytic capacitor. There is a specific type of electrolytic capacitor for AC application that can survive reverse polarization. Non-polarized, or NP, is the name given to this type.

Construction and Properties of Electrolytic Capacitors

Metal electrolytic capacitors are two aluminum foils and a soaked-in-electrolyte paper spacer. One of the two aluminum foils has an oxide layer and serves as an anode, while the other serves as a cathode. The anode must be at a positive voltage in proportion to the cathode during normal operation, which is why the cathode is usually marked with a minus sign throughout the capacitor’s body.

The cathode, anode, and electrolyte-soaked paper are all packed together. The stack is rolled and placed in a cylindrical casing, and pins are used to link it to the circuit. Axial and radial geometries are the most prevalent. One pin is situated on each end of the cylinder in axial capacitors, whereas in radial capacitors, both pins are located on the same end.

It’s worth noting that electrolytic capacitors manufactured with older technologies had a short shelf life, usually only a few months. The oxide layer deteriorates with time if the capacitor is not utilized, and it must be repaired in a process known as capacitor reformation. This can be accomplished by attaching the capacitor to a voltage source via a resistor and gradually raising the voltage until the oxide layer has been rebuilt completely. Modern electrolytic capacitors have a two-year or longer shelf life. The capacitor must be reformed before use if left unpolarized for an extended time.

An Electrolytic Capacitor’s Functions and Principles of Operation

Electrolytic capacitors have polarized components because they are designed asymmetrically. The greater voltage operation of this arrangement explains why one side receives more power than the other. The capacitor’s positive electrode is a metal or aluminum anode with an oxidized cover layer that functions as a dielectric and operates as a dielectric. The majority of the input voltage is directed to this site.

The negative electrode is the cathode, made up of aluminum foil and a liquid electrolyte. Water and sodium borate or boric acid are the most common ingredients in this liquid. To prevent evaporation, a few sugars are added. The polarity of electrolytic capacitors is determined by aluminum oxide. The electric field keeps it in place.

The correct polarity must be present when applying direct current (DC) voltage to an electrolytic capacitor. The positive lead and positive terminal and the negative lead and negative terminal must be connected for this to work. The capacitor will be damaged if this is not done properly.

What Are the Applications Of An Electrolytic Capacitor?

The following are some applications for electrolytic capacitors:

An electrolytic capacitor can be utilized in several filtering applications to reduce the amount of voltage ripple. In audio amplification circuits, this is done to reduce hums.

When the signal is a DC signal with a faint AC component, an electrolytic capacitor can be used as a low pass filter in the input and output smoothing. On the other hand, Electrolytic capacitors struggle with large amplitude and high-frequency signals due to the power wasted at the parasitic internal resistance known as equivalent series resistance (ESR). To minimize losses and avoid overheating, low-ESR capacitors must be utilized in these applications.

A polarity effect and overheating can occur in an electrolytic capacitor. With high-frequency broadcasts, this does not operate well. It is influenced by the resistance it contains. This form of resistance is known as equivalent series resistance. Power dissipation is the primary source of this.

Does an Electrolytic capacitor have any Disadvantages?

It could also fail to perform its role, causing leakage and bulkiness. Because most electrical devices have a low Equivalent Series Resistance (ESR) when using an electrolytic capacitor, a high ESR is one failure mode. However, the failure could be caused by the capacitor failing to open, implying that the electric flow is not adequately distributed among the circuits.

We may deduce from the post that practically all electrolytic capacitors are polarized, implying that the positive terminal voltage must always be greater than the negative terminal voltage. With increased surface area and decreasing distance between anode and cathode, a component’s Capacitance rises. An electrolytic capacitor uses a solid, liquid, or gel electrolyte as the cathode or negative plate to provide a much higher capacitance per unit volume.

For quality electrolytic capacitors, contact us at ICRFQ, we manufacture some of the best ones and other electrical components in China.