Everything You Need To Know About Float Switch 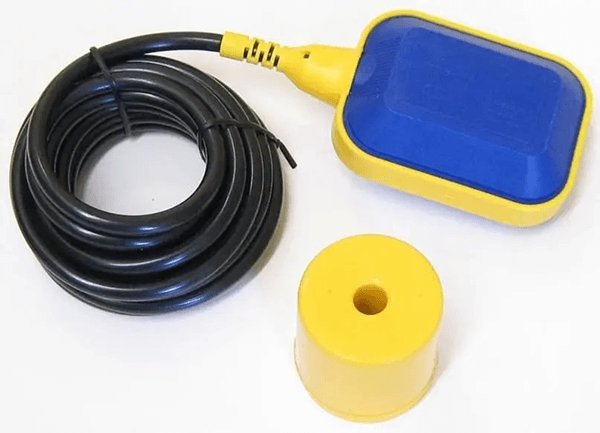 A float switch is a mechanical device used to detect water levels. It’s essentially an on/off switch that’s sensitive to the presence of water – whether it’s above or below the switch. They are generally used in tanks, reservoirs, and other containers of water to detect when they need to be refilled or drained.

A float switch is also known as a water level indicator, or simply a level switch. It detects when there’s too much or too little water in a tank, pond, or other vessel. They are very simple devices that are often accessible and affordable for almost anyone with a small reservoir that needs monitoring. Let’s take a look at what exactly these devices do and what you need to know about them!

What Does a Float Switch Do?

A float switch detects the presence of water, which can be above or below the device. When there is water present, the device will trigger, either cutting power or activating a mechanism to alert you of the water.

You can use it to turn on an irrigation system when plants need watering, or to let you know when a water storage tank needs refilling.

Let’s take a look at what exactly these devices do and what you need to know about them! Float switches are simple devices that are used to detect water levels.

They have a switch that is normally “OFF” when no water is present and turns “ON” when water is detected. They are often used in tanks, reservoirs, and other containers of water to detect when they are full or need to be drained.

Key Components of a Float Switch 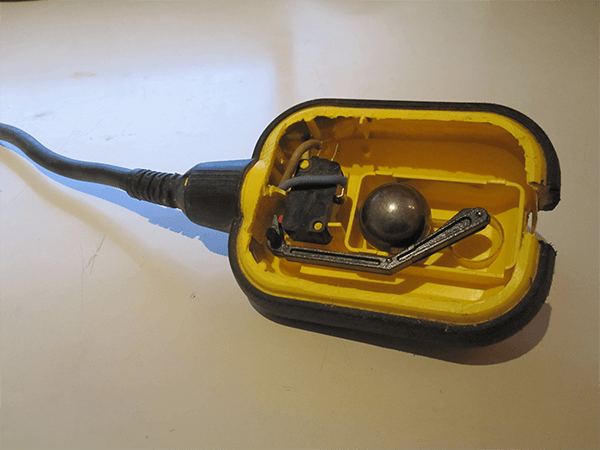 There are a few components of a float switch that you should know before purchasing. This will help you understand the device and make a more informed decision.

-Connection head: This is the part of the switch that attaches to the water container. It is made of plastic and has a female threaded outlet that screws onto the container.

-Actuator: The actuator is a small plastic or metal rod with a male threaded end that screws into the connection head.

– Switch – The switch is the part inside the device that detects the presence of water. This is what turns the device on or off as needed.

– Terminals – There is usually a terminal on the device that allows you to connect the device to a power source.

– Body – The body of the switch is usually made of plastic. It houses all of the components and keeps them safe from water damage.

There are many different types of float switches that you can use to monitor your reservoir. It all depends on how you want to use the device, how much water you need to detect, and what type of mechanism you want to activate when the device is triggered. dd

The most common types of float switch include;

-Inductive float switch: This type of float switch is used in tanks and reservoirs to detect water levels. It is a non-contact switch that uses an electromagnetic field to monitor the level of water. The magnetic field is generated by a coil, which is positioned near the bottom of the tank. When the water level rises and enters the magnetic field, it causes a change in the current in the coil. This triggers an alarm or opens a valve to stop the flow of water.

-Pressure sensing float switch: This type of float switch works on pressure, rather than merely detecting water levels. They are used in areas where you want to keep track of how much pressure there is in a tank or reservoir, such as with industrial machines and boilers.

-Thermal float switch: This type of float switch is used to monitor the temperature in tanks or reservoirs. It can be used in a wide variety of applications, from industrial boilers to home water tanks.

-Submersible level switch: This type of float switch is used to monitor the water level in pools and spas. It consists of a float that sits on the surface of the water, with a probe extending down into the water. As the water level rises and falls, it changes the resistance in an electrical circuit, activating the switch.

Float switches are used in a variety of applications, including:

-Water tanks and reservoirs: Float switches are used to monitor water levels in reservoirs and tanks. This can be crucial for industrial boilers or heaters, but they are also commonly found in home plumbing systems to make sure there is enough water left for showers and baths.

-Pool and spa systems: Float switches are used to keep track of how much water is left in swimming pools or hot tubs. When they sense that there is not enough remaining, they send an alarm signal so that you can add more water before it becomes critical.

-Water softeners: Float switches are used to monitor how much salt is left in a salt-based water softener. When they sense that there is not enough left, they activate an alarm so that you can add more before it becomes critical.

-Food processing plants: Float switches are used in food processing plants to monitor the levels of liquids such as oils and acids. If there isn’t enough left, an alarm will sound so that workers can take action quickly before any damage can be done.

Installing a float switch is a pretty straightforward process. First, you need to determine where you want to place the switch. This is normally attached to a pipe or some sort of container that contains the liquid you want to monitor.

Then you need to make sure that it is properly secured in place. This can be done using screws, bolts, or any other method that works for your particular application.

Next, all you have to do is connect it to a power source and set it up so that it will send an alarm when the liquid reaches a certain level. This can be done manually by moving the switch up and down until it is at an appropriate height, or automatically by connecting it to a sensor like a water flow meter or pressure gauge.

The float switch can also be connected directly to some kind of control system like a relay panel, which will then send an alarm signal whenever the liquid reaches a certain level.

Care for a Float Switch

How do I ensure that my float switch serves its purpose well and lasts for a long? Here are a few tips that you can use to care for your float switch:

– The float switch should be kept in a dry area. If you are going to install it outdoors, make sure that it is waterproof and weatherproof.

– It should be mounted on something that is watertight. This way, it will not be damaged if the float switch itself fills with water.

– Make sure that the floats are properly maintained. They should not have any cracks or holes in them, and they should be properly lubricated so that they move smoothly within the body of the float switch.

– In addition, make sure that the float switch is not contaminated by debris. This can happen if it is exposed to the elements, or if it is placed in a dirty environment.

– If you wish to use your float switch as an alarm switch, then you should check and clean the contacts every once in a while.

– When using your float switch for a purpose other than being an alarm switch, then you should make sure that it is properly grounded.

Reasons to Buy a Float Switch

Why buy a float switch? Here are the main reasons why you may want to purchase this device.

– They are affordable. You can find many float switches for a very low cost. Many are also very simple to install.

– They are versatile. This means that you can use them for a variety of different applications. For example, you can use it as a switch to open and close your water faucet, or you can use it to activate a fire alarm.

– They are relatively safe devices. This is because they don’t generate any harmful chemicals when they are activated. However, there is always the possibility that if the float switch is not installed correctly that it could cause some damage to your home or office.

The following are some of the more common problems that you may encounter with your float switches:

– They may become damaged over time due to exposure to water or other elements such as heat or cold weather. This could cause them not work properly anymore, and this could be very dangerous for you and everyone in your household if this happens (for example, if you have an alarm system).

– If you leave them in wet conditions too long then they may corrode over time due to contact corrosion with metals such as brass or copper that come into contact with water (for example, if you have an alarm system).

– If they get contaminated by debris then they may not work properly anymore (for example, if you have an alarm system

Important Features to Look For on a Float Switch 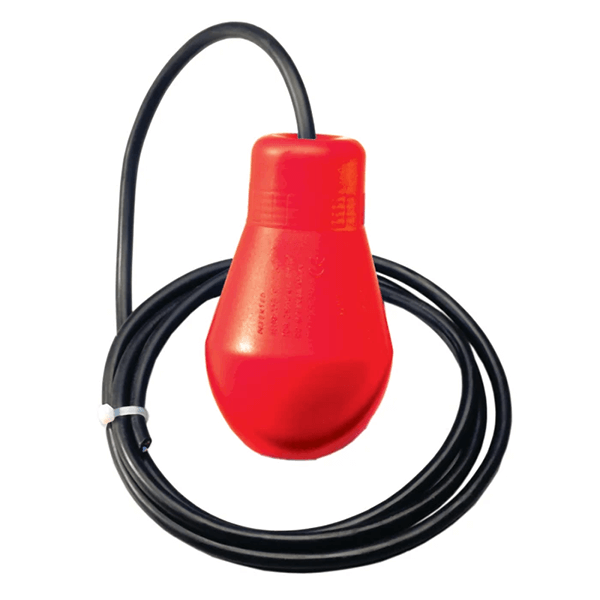 When you are shopping for a float switch, there are a few important features you need to look for. This will help you choose the best device for your needs and make sure it lasts for a long time.

– Make sure it is the right size. You don’t want a device that is too large or too small.

– Make sure it is easy to install. The last thing you want is for your float switch to be hard to install or for you to have problems installing it.

– Make sure it has an alarm function. You don’t want any problems with your alarm system if the float switch stops working!

– Make sure that it has an indicator that shows when the float switch has been activated (for example, a light). This will let you know when there are issues with the system and can help save time and money by not having to troubleshoot over and over again.

Where to Buy Float Switch

There are many places to buy a float switch, and you can find a wide variety at most home improvement stores. You can also find them online, so you don’t have to go out if you don’t want to.

If you are looking for a high-quality device, though, you may want to go with a more reputable manufacturer or supplier in China. You can use a sourcing agent to help you buy from a reputable float switch manufacturer in China. And this is what we at ICRFQ do.

We find the best quality float switches at factory direct prices and help you source these devices in bulk. We also provide you with a variety of float switch suppliers and options to choose from.