Everything You Should Know About Force Sensor

In this article, you will learn everything you need to know about the force sensor, including its functions, types,how they work, and much more. Keep reading if you want to learn more about this interesting type of sensor.

What is a force sensor?

Force sensors, just like other sensors, detect physical quantities or mechanical forces and convert them into electrical signals that are then sent to a computer or other devices. This means that you need to have an output interface for your sensors, such as USB or Ethernet, so you can read the data from it.

Sometimes a force sensor is known as a force transducer. This is because it can convert a force that is not electrical into an electrical signal.

The main function of a force sensor is to measure the force in a given direction. It can also be used to measure the pressure, acceleration, or weight applied to a surface.

What does a force sensor measure?

How does a force sensor work? 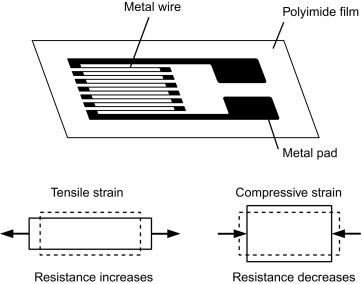 This means that if you apply force on an object, and then measure its resistance, you can find out how much deformation it has suffered.

The measured resistance is then used to calculate the force applied to the object.

How do I get the value of the force from the strain gauge?

To get the value of the force from the strain gauge, you have to use your force sensor amplifier.

The strain gauge is connected to a fixed resistor and a variable resistor, which are connected to the input and output of your amplifier.

You can also connect two strain gauges in series or parallel, and measure their resistance together. This allows you to measure more than one force at once. 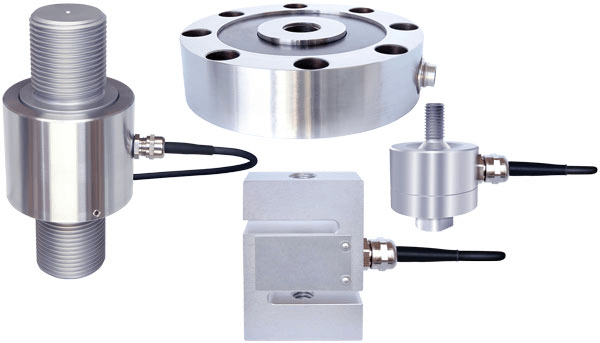 Load cells are further categorized into different types including;

-Pneumatic load cell: This type of load cell comprises a pressurized gas that is pumped into a special chamber of a load cell. This gas is used to push the load cell down to determine its weight.

-Magnetic force sensing: These are used to measure magnetic forces. They are not sensitive at all and are very inaccurate.

Non-contact sensors are used in applications that require high accuracy and reliability. They are also known as force sensing resistors (FSRs). This type of sensor is capable of measuring the force being applied to them. The resistance is highly sensitive and changes with the amount of pressure being applied to them.

The torsion sensor is a unique kind of force sensor that can be attached directly onto a shaft or shaft segment without any additional hardware or mounting mechanism required. Torsion sensors work on the principle that a rotating element produces an electrical signal when subjected to torque (rotational force).

This sensor measures the force using sound waves. The transducers are used to produce an ultrasonic signal. These sensors are available in different types and applications such as industrial, automotive, robotics, and medical.

Why should I calibrate a force sensor?

Here are the top reasons why it is important to calibrate force sensors before using them:

-To minimize errors: As expected, this is the most important reason. A force sensor will not give you accurate information if it is calibrated incorrectly.

-To prevent data loss: Even the smallest errors in calibration can result in major problems for your application. That’s why it is critical to calibrate your force sensors before using them.

-To ensure that the sensor is working properly: No matter how well the sensor is designed, it will not function optimally if it is not calibrated correctly. Calibration ensures that your force sensors are operating at their maximum potential, and they are doing so reliably and accurately.

-Linearity: But calibration is only one part of the equation. The other part is linearity. Linearity means that the output from a force sensor will be proportional to the applied force. If you want your force sensors to provide accurate and reliable information, you must calibrate them in order to ensure that they are linear.

-Zero offset: Also known as force zero balance, this is the calibration process that ensures that the device’s force sensor is calibrated so that it outputs the same reading regardless of how much force is applied. This is critical for applications such as robotics, where you may want to measure forces in one direction, but not the other.

Tips for buying a force sensors

Here are some of the sure tips that you should use when buying force sensors.

-Know the tools required: Before purchasing force sensors, it is important to know all the tools and accessories needed for installing them correctly on an object or in an area where they are going to be used.

-Find out the design and construction of the sensor: Find out the intricate details about how the whole force sensor has been built. Will it serve you perfectly without breaking down? How will it handle the conditions at your workplace?

Where to buy force sensors?

There are various places where you can force sensors for sale.

You can look for a local online supplier or a store that offers force sensors for sale. But you need to consider the credibility of your local shop as you may end up purchasing from any other source.

You also need to compare prices and compare the quality of the product with other shops nearby or across the world.

If you are planning to buy force transducers in China, it will be better if you use a sourcing agent. This is why ICRFQ is there for you. We will ensure that you get the right type of force sensor for your application.