Everything You Need To Know About Fusible Resistor 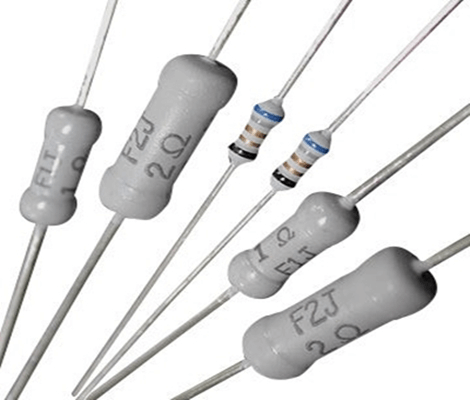 A Fusible Resistor, also known as a fuse resistor, meltdown resistor or a current-limiting resistor, is a low-power type of resistor that is well designed to melt in case a certain amount of current flows through it thus breaking the circuit connectivity. When overloaded with current, it is the only resistor form intended to burn out and isolate itself immediately. Fusible resistors are employed as safety devices to avoid electrical fires and other harm caused by a large amount of current being applied simultaneously. They’re in things like stereos, washing machines, and microwaves. This article has been put together to grasp better what a fusible resistor is and how it functions.

What Is a Fusible Resistor? 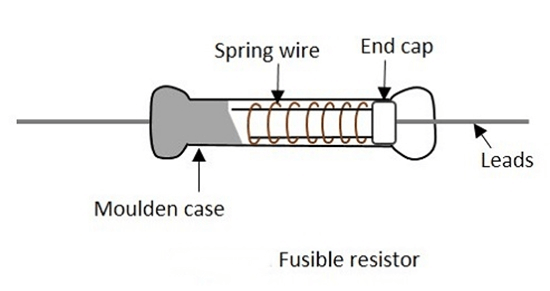 A fusible resistor is a type designed to safeguard a circuit from damage. When the current load jumps faster than required, this resistor is built of a material that can fuse without flames or excessive heat generation. When you see this in a circuit, it appears rougher and larger and lacks the smoothness and luster of a standard resistor. The circuit’s input main power supply is always linked with this resistor.

A fusible resistor is beneficial in extremely sensitive circuits with minimal applications and power requirements with moderate overload and surge management requirements. When any circuit’s components fail and behave in ways that aren’t intended, the current load may fluctuate, causing a short circuit state (but not entirely shorted). Other circuit components may be readily damaged in this condition, and the device’s entire system may be destroyed by excessive heat and flames. By fast fusing, the fusible resistor ensures the safety of the entire circuitry.

Generally, any fusible resistor with a value ranging from 10 to 100 is suitable for use in the circuit. Fusible resistors that are wire-wound are the most common.

Fusible Resistors Work; How do they Work?

Fusible resistor are temperature-sensitive gadgets that fail if the current flow exceeds safe limits. Fusible resistors, frequently built of nichrome, will fail thermally if exposed to a particularly high current. A fusible resistor is beneficial for extremely sensitive circuits with low power needs and applications with minimal overload and surge management requirements.

Fusible resistors work like any other electrical resistor in normal operation: they offer the amount of resistance for which they are rated within a set tolerance. However, if the circuit breaks, a fusible resistor will avoid a short course by opening when subjected to a high enough current. It’s called a fusible resistor because of its fuse-like properties.

Fusible resistors, unlike fuses, are not intended to be replaced or to be a point of frequent failure. Fuses are used in circuits at strategic spots and are often engineered to fail well before a fusible resistor; they usually give superior protection.

As a result, the fuse is only designed to accomplish one thing: protect a circuit adequately and repeatedly. On the other hand, a fusible resistor is designed to do two things at once: 1) function normally and 2) open during short circuit situations, preventing fire or harm to other components or systems.

Because fusible resistors aren’t designed to be replaced easily, their protection is frequently used as a destructive failsafe within replaceable devices. The device they protect will be returned, or the circuit will need to be rebuilt as part of routine maintenance. When compared to other resistors, fusible resistors frequently have a rough texture:

The resistor comprises a non-inductive ceramic core and a high-resistance wire winding. The core is covered with a unique glaze, and the complete assembly is housed in a durable non-hygroscopic resin or epoxy container.

The resistance of fusible resistors increases as the temperature increases. This property enables the resistor to act as a current limiter and an over-current fuse, safeguarding circuits from transient over-current surges and faults. The following are the two most frequent methods for making a fusible resistor:

The first consists of high-resistance metal films placed between two end caps that link the films’ ends; moreover, the second is coted using a thin metal layer with a non-metallic element wound into a coil.

Inrush current restriction and comparable over current protection can also be achieved using an NTC thermistor and a fuse. However, we can reduce space by employing Fusible resistors rather than using separate thermistors and fuses. The heat generated by a fusible resistor, on the other hand, may necessitate some component spacing. Other parts require 0.5-inch separation when this resistor is rated up to ten. A 1-inch gap is required if the resistor is rated above 10 W.

Compact packages & the required spacing in the vicinity of the fusible resistors may leave the circuit designer with insufficient space for the entire design when the power supply and chargers are required to be small.

Calculate the resistance you’ll require by considering the circuit’s voltage and current.

Determine whether your resistor will be used in series or parallel with your circuit to determine the proper power rating. This can be accomplished by multiplying voltage by current and dividing by 2 (for series) or 1 (for parallel).

Choose a fusible resistor with a power rating that is as close to your intended power rating as possible without exceeding it.

Find the maximum current that will be able to pass through it. You can do so by applying Ohm’s law, which states that

Carbon Film, Metal Film, Metal Oxide Film, Fusible, Wirewound, and other resistor types were color-coded using Queen Mao’s system. This color-coding scheme is employed when the external space is insufficient to print the resistance value for the last time.

Automatization is now carried out using the Queen Mao resistor color-coding scheme. The first three-color bands determine the resistance in a four-color band resistor. The fourth color band will indicate the tolerance value.

Fusible resistors offer numerous benefits that have led to their widespread use in various applications. Circuit board area, volume, and weight can be conserved by combining the functions of a resistor and fuse functions. The advantages are the advantages of reduced complexity, increased reliability, lower production costs, and lower shipping costs.

Fusible resistors can protect circuits that do not have them already. Instead of using a typical resistor at a critical point, a device can be constructed with a fusible resistor. Although fusible resistor do open only in the event of a failure, this extra degree of security is helpful to both the product and the consumer and may also help meet regulatory requirements.

In both AC and DC circuits, fusible resistors are useful. They have low inductance and good high-frequency characteristics. They are exceedingly stable and may be manufactured with a wide range of resistance values and tight tolerances.

Fusible resistors are used in the following applications.

Fusible resistors are employed in electrical circuits that may be subjected to brief short circuit situations. In the case of a short circuit, they will blow out like a fuse, preventing harm and fire.

This article gives an overview of a fusible resistor, a type of resistor used to protect any circuit. This resistor is particularly useful for extremely sensitive circuits in low-power applications where surge handling and overload requirements aren’t as stringent.