Handbook: The Complete Guide to Inductors 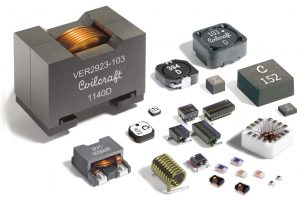 Are you manufacturing an electrical device that will need inductors? Whether it is for personal use or sale, you need to arm yourself with the right information about these products. In this handbook, we are going to explore everything that you should know about inductors. At the end of it all, you will be in a perfect position to buy the best inductors in China.

What is an Inductor?

An inductor is a form of an electrical circuit that possesses some form of electrical inductance. It is sometimes referred to as a coil, choke, or reactor.

It is an electrical component that stores its energy in the magnetic field due to the flow of electric current.

A typical inductor consists of a coil wrapped around a core material, usually iron or ferrite. In its simplest form, it is a wire that is wound into the shape of a cylinder to form a solenoid. The wire ends are then connected at either end to make it look like an “O”.

An inductor has both series and parallel forms and they both behave similarly in various electrical circuits (and we will explore them in detail later).

The only difference lies in their calculation when it comes time to combine them with other components such as resistors and capacitors. 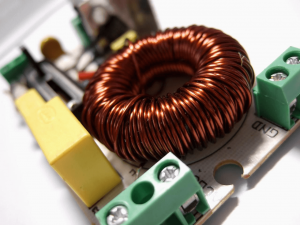 What are the different types of Inductors?

There are various forms of inductors in the market, all with varying properties and applications. There exist both fixed-value coils (usually referred to as fixed or standard value inductors) and adjustable or variable inductors (referred to as varactor).

These come with a specific pre-determined quality that cannot be changed. Their values can only be increased or decreased by adding more turns along with the coil

These inductors have a circuit that allows for the adjustment of their value. This is achieved by varying the inductance, which is usually done via a variable capacitor connected in parallel with the coil.

These inductors are used in circuits that require the use of different inductance values.

Though they may look similar, there is a huge difference between fixed-value coils and variable inductors.

Fixed value inductors Simply come with pre-determined values which cannot be changed. The only way to change them is to add/ remove turns using wire to increase or decrease their values. The value of these types of an inductor can be found by referring to the number of turns its coil has (that is, N = L/turns). The formula used for this calculation is given below:

Where N represents the number of turns while L represents its inductance in Henry units.

This is a type of inductor that has an added layer of electrostatic shielding around it, which helps to reduce noise from surrounding devices. It does this using its tightly wrapped coil and an interwoven metallic mesh.

The latter covers and protects the coil and its windings from electromagnetic interference (EMI) that can adversely affect other systems in the proximity.

These are types of components that have relatively high resistances due to inaccuracies during their manufacturing process. In most cases, this is done on purpose to achieve the required inductance value. However, if their resistance levels are too low, then they can burn out due to overheating effects without warning. 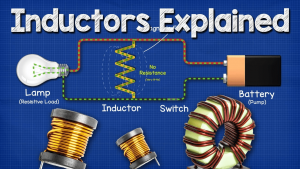 How do Inductors work?

Every electrical system that uses energy has some form of storage devices such as a capacitor or an inductor. While capacitors store energy in their electric field, inductors store it in their magnetic fields.

By the changing electric currents they receive from the circuit, both will continue to produce energy and allow current flow for as long as necessary (until all the charge/energy required by it is supplied). This makes them extremely useful and they can be used for a wide range of applications.

It should also be noted that inductors are circuit elements whose impedance is inversely proportional to the frequency of the applied current (that is, as the frequency increases, so do its impedance).

This makes them extremely useful when it comes to restricting/passing only certain frequencies while preventing undesired ones from entering through them.

Inductors contribute greatly to increasing the total operating time of many electrical systems by reducing losses. They do this via a high magnetic coupling or high permeability cores which allow for significant energy storage capability and power handling ability. This results in increased efficiency and a longer system life span.

Why are Inductors important?

An inductor is an electrical component that stores energy in its magnetic field. It is used in many devices to pass only the required frequencies while eliminating undesired signals.

Inductors also prevent losses by bypassing but they cannot provide isolation between primary power circuits and secondary ones which require lower/higher voltage levels.

This chapter discusses some of the more important applications where inductors are used.

A capacitor offers great resistance to current flow when compared to an inductor, which is why it has a power factor greater than one (PF > 1).

These are excellent when it comes to ensuring that there is no additional draw on power grids that supply power to several homes/businesses. This is because inductors oppose changes in current flow, which makes them highly suitable for use as power factor correction devices.

These are designed to work at low speeds and as such, the rotor attached needs to be as light as possible so as not to impede performance. For this purpose, they use laminated iron cores that have high permeability and good magnetic coupling. This increases the stored energy levels thanks to its relatively large number of turns (that is, L = N*I).

On top of this, the rotors need to utilize strong yet lightweight materials such as aluminum-copper alloy sheets which can easily sustain high frequencies.

These are used to transfer energy from a primary circuit to a secondary one that operates at a lower voltage level. All transformers have two sets of coils – the primary and secondary ones. Any stray current/voltage entering an inductor will be converted into heat as it tries to change its magnetic field due to inductive impedance.

This results in low losses as their cores typically have high permeability values (for example, 1e-7 Henrys/meter).

Inductors are used in high-voltage DC power supplies that charge the batteries of electric vehicles. This is done via a method known as pulse width modulation or PWM, which allows for more efficient energy transfer.

These are used in most household appliances and can handle input voltages between 100 to 240 VAC at 50/60 Hz frequencies. They create a clean output signal through switching of transistors under zero voltage conditions with rapid on/off intervals (for example, 1 kHz).

Such inverters have a special property called “symmetrical operation” which means that they provide the same polarity on both sides of an inductor when passing a current through it in different directions. In general, this technique ensures that losses from this type of conversion are kept to the absolute minimum.

This is a growing area for inductor use because of the following two factors – improved specifications and miniaturized form factors, which make them attractive for inclusion in small electronic devices such as smartphones and tablet computers.

Inductors pass only those frequencies that are needed by homes/businesses through the main feeder lines. They do this using a technique called band-pass filtering which only allows the frequencies in question to pass while blocking other signals.

Inductance is measured in units of henries (H). The unit symbol is an L and when placed after a number, it shows the number of inductances in a series. For example, if there are 10 Hs in a circuit, this would be shown as 10H.

This chapter discusses some important design parameters that determine the suitability for specific inductors depending on their application. These include saturation, core material types/dimensions, winding techniques used, etc.

When magnetic flux densities are increased beyond levels at which their cores start experiencing largely irreversible energy loss due to demagnetization processes (saturation), there is a significant reduction in inductance.

This results in the voltage across the inductor being reduced as well as its current limiting properties. In some cases, saturation can also result in a condition called “core collapse”, which means that the core has been permanently damaged and its ability to store energy is lost.

Saturation levels are given by manufacturers for different types of cores used with specific geometry dimensions and certain numbers of turns around them.

For power inductors, it’s generally recommended to stay away from the maximum flux density value given on a datasheet to ensure the safety of an inductor from unwanted failures.

Ferrites have high resistivity along with low magnetoresistance/permeability values. They are inexpensive and their low losses make them ideal for switching inductors. The temperature stability of ferrite cores is poor so they should not be used above 300°C as this may result in permanent loss of magnetic characteristics.

The iron powder has relatively high permeability values but can easily saturate so they need to be shielded or provided with additional cooling fins if used for high-frequency applications.

Silicon steel cores have good mechanical strength and good heat dissipation capabilities, allowing them to operate even at frequencies close to 1 MHz. Heating is also limited and the material remains non-magnetic (NP) at temperatures up to around 200°C. As a result, it’s very popularly used in various types of circuits such as switching, small-signal, and protection.

Cores are normally air-core inductors but due to the need for lower losses, ferrite cores are used in many applications at frequencies up to several GHz.

However, bobbins also act as antennas so they tend to radiate more electromagnetic interference. 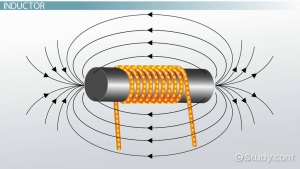 In this chapter, the factors that influence the inductance of a component are discussed in detail along with many examples. These can help designers understand how inductance changes under different conditions and enable them to choose the right components for their design requirements.

Factors that affect inductance include the number of turns, shape, and size of a coil conductor, effective core area while winding the inductor, frequency at which it operates, etc.

Inductors are designed to operate at specific frequencies (defined by their self-resonant frequency) and the inductance value changes based on this.

This is different from resistors, capacitors, and other components whose properties remain more or less constant until they reach the maximum rated temperature of the component. Inductor values also tend to shift downwards when the operating frequency increases.

Ideally, an inductor has no DC resistance or losses but in practical cases, there is always some resistance associated with it due to either wire used for winding or component leads. This results in a voltage drop across an inductor when current passes through it (which is ideal during normal operation).

AC resistance can be calculated as:

where R is the effective resistance in ohms, I is current through the inductor in amps, L is the inductance of a component in henries and V is the voltage across an inductor.

The formula applies to all types of inductors regardless if they have air-, ferrite- or iron powder cores, bobbins or toroids.

If you are planning to buy inductors in China, then consider making us your partner. We are a reliable distributor of electrical components in China and inductors are one of our product lines.

We relentlessly work hard to ensure that our clients get quality inductors that will do the required jobs.

Our quality and inspection team is always ready to verify the suitability of the inductors.

We also maintain a smooth communication channel with our clients to ensure that the supply chain remains uninterrupted. In case you need inductors in China, consider contacting us directly.