Handbook: The Complete Guide to Sensors 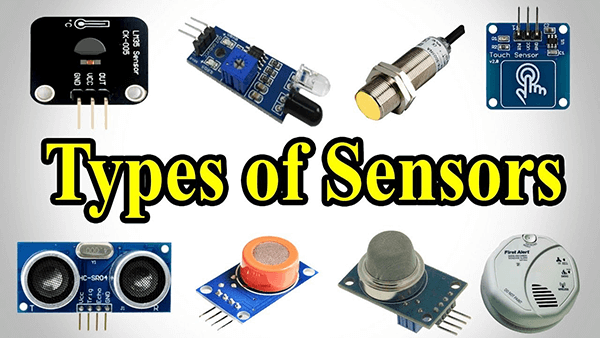 Sensors may be found almost anywhere, and the world is filled with sensors and their applications. Many different sensors are available in our offices, gardens, shopping center, houses, cars, and toys, among other places. These sensors make our lives easier and more comfortable, starting with applications like turning on the lights, heaters, and television and automatic room temperature correction by air conditioning.

What is a Sensor?

A sensor can be defined in various ways, but I like to think of it as an input device that produces an output (signal) in relation to a specified physical quantity (input). In the definition of a Sensor, the term “input device” denotes part of a larger system that gives input to a powerful control system (like a Processor or a Microcontroller).

Another interesting sensor definition is an electronic gadget that transfers signals from one energy domain to another. When we consider an example, we may better understand the definition of the sensor.

We may check the voltage drop across the LDR by connecting it to a voltage divider (along with other resistors). The amount of light falling on the LDR can be used to calibrate this voltage. As a result, a Light Sensor is required. We’ll continue with the classification of Sensors now that we’ve seen what a sensor is.

The sensors are split into Active and Passive in the first classification. Active sensors require an external excitation signal or a power signal to operate. On the other hand, passive sensors do not require any external power and produce output response directly.

The other categorization method is based on the sensor’s detecting method. Electric, biological, chemical, radioactive, and other methods of detection are some of the options.

The following classification is based on the phenomenon of conversion, i.e., the input and output. Photoelectric, Thermoelectric, Electrochemical, Electromagnetic, Theremooptic, and other typical conversion processes are just a few examples.

Analog and Digital Sensors are the last two types of sensors. Analog sensors create an analog output, a continuous output signal concerning the quantity being measured (typically voltage, but sometimes other quantities such as resistance, etc.). In contrast to analog sensors, digital sensors deal with discrete or digital data. The data in digital sensors is digital and is used for conversion and transmission.

A list of different types of sensors that are regularly used in various applications is provided below. These sensors measured temperature, resistance, capacitance, conduction, heat transfer, and other physical qualities. Here are some details regarding several sensors. 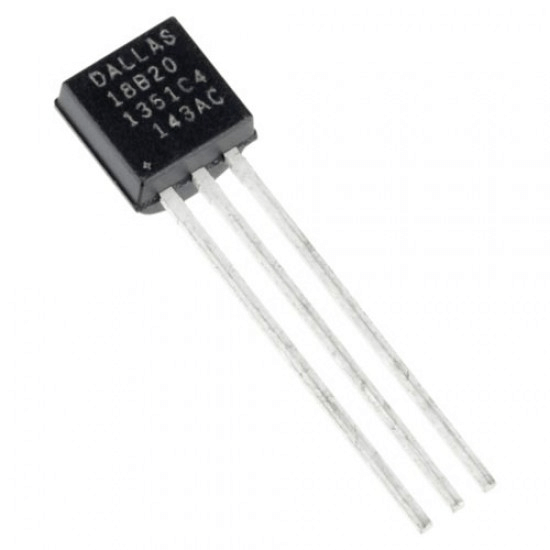 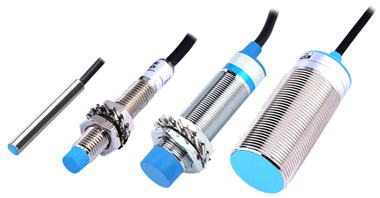 A proximity sensor detects the presence of an object without requiring touch. Proximity sensors can be made using a variety of approaches, including optical (infrared or laser), sound (ultrasonic), magnetic (Hall Effect), capacitive, and others. Mobile phones, cars (parking sensors), industries (object alignment), and ground proximity in airplanes are just a few of the uses for proximity sensors. 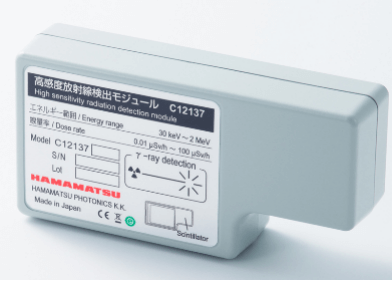 Electronic devices that detect the presence of alpha, beta, or gamma particles and provide signals to counters and displays are known as radiation sensors. The type of sensor and the lowest and highest detectable energy are all significant considerations. Radiation detectors are used in surveys and sample counts. 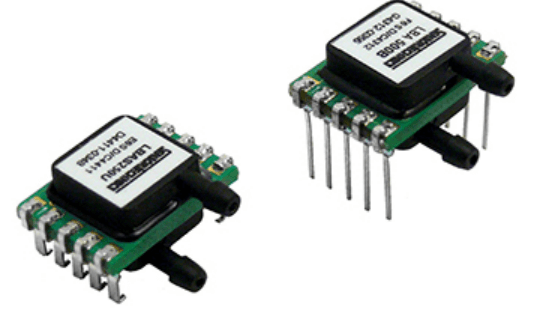 Electromechanical pressure sensors detect forces per unit area in gases and liquids and send signals to control and display systems.  A pressure sensor, also known as transducer, typically uses a strain gage bridge and diaphragm to detect plus quantify the amount of force exerted on a unit area.

All important specifications are sensor function, minimum and maximum working pressures, full-scale accuracy, and device-specific features. Wherever information about the pressure of a gas or liquid is required for control or measurement, pressure sensors are utilized.

Infrared (IR) sensors are classified as either transmissive or reflective. The IR Transmitter (typically an IR LED) and the IR Detector (commonly a Photo Diode) are positioned facing one other in a Transmissive Type IR Sensor. When an object passes between them, the sensor detects it. 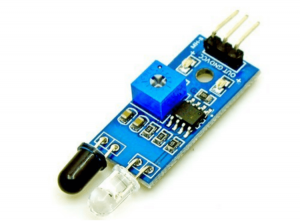 A Reflective Sort IR Sensor is the other type of IR Sensor. The transmitter and detector are placed next to each other, facing the item in this configuration. When an object passes in front of the sensor, the IR Transmitter’s infrared light is reflected by the object and received by the IR Receiver, causing the sensor to detect the thing.  Mobile phones, robots, industrial assembly, autos, and other applications use infrared sensors.

An ultrasonic sensor is a non-contact device that can determine an object’s distance and velocity. The qualities of sound waves with a frequency greater than that of the human auditory range are used to create an Ultrasonic Sensor.

An Ultrasonic Sensor can detect the distance of an item by measuring the time of flight of the sound wave (similar to SONAR). The Doppler Shift feature of a sound wave is used to determine an object’s velocity.

Light Sensors, commonly known as Photo Sensors, are one of the most significant sensors. The Light Dependent Resistor, or LDR, is a simple light sensor available today. The resistance of LDR is inversely proportional to the intensity of ambient light, meaning that as the intensity of light increases, so does its resistance, and vice versa. 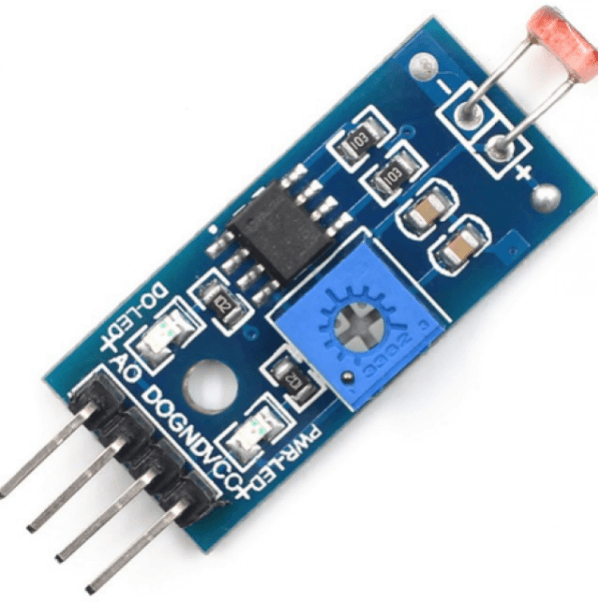 We can calibrate the variations in its resistance to measure the intensity of light by employing LDR as a circuit. Two other Light Sensors (or Photo Sensors) are frequently utilized in constructing complicated electrical systems. They’re called Photo Diode and Photo Transistor, respectively. All of these sensors are analog.

Digital Light Sensors, such as the BH1750, TSL2561, and others, can calculate the light intensity and offer a digital equivalent value. 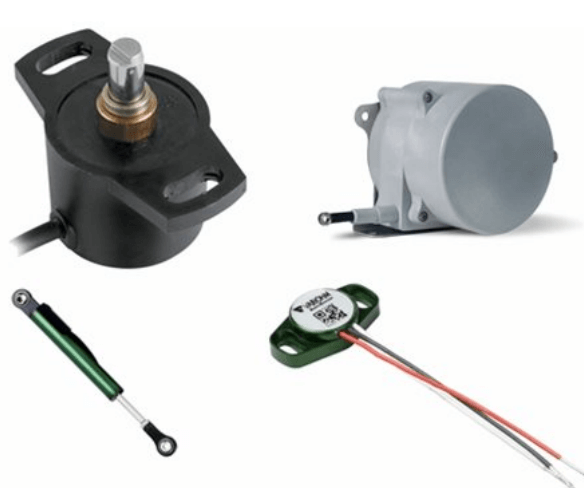 Position sensors, detectors, and transducers are electronic devices that detect the locations of valves, doors, and throttles, among other things, and provide signals to control or display devices’ inputs. Sensor type, sensor function, measurement range, and sensor-specific properties are all important criteria. Position sensors are utilized in a variety of control applications where positional information is required. A string-pot, sometimes known as a string potentiometer, is a typical position transducer. 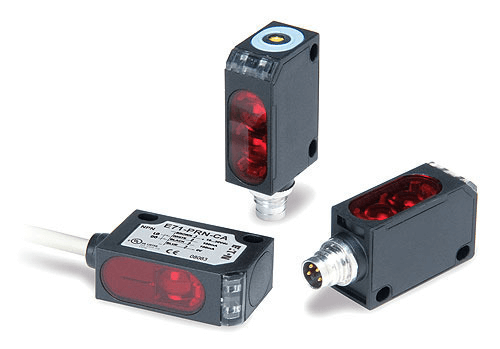 Photoelectric sensors are electrical devices that detect items passing across their detection field, albeit they can also detect color, cleanliness, and location if necessary. These sensors use an emitter and a receiver to measure changes in the light they emit. They’re used for counting, robotic picking, and automatic doors and gates in manufacturing and handling automation. 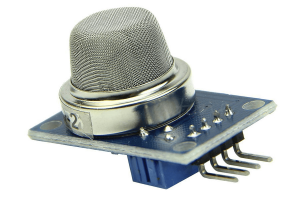 Smoke and Gas Sensors are some of the most useful sensors in safety-related applications. Almost every business and industry have multiple smoke detectors, which detect any smoke (from a fire) and sound an alarm. Laboratories, large-scale kitchens, and businesses are more likely to use gas sensors. They can detect various gases, including LPG, Propane, Butane, and Methane (CH4).  Nowadays, smoke sensors (which often can detect smoke and gas) are also installed in most homes as a safety measure.

The “MQ” sensor series is a collection of low-cost sensors for detecting CO, CO2, CH4, Alcohol, Propane, Butane, LPG, and other gases. These sensors can be used to create your own Smoke Sensor App. 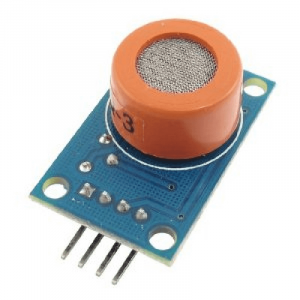 An Alcohol Sensor detects alcohol, as the name implies. Alcohol sensors are commonly found in breathalyzer equipment that determines whether or not a person is drunk. Law enforcement officers use breathalyzers to catch intoxicated drivers. 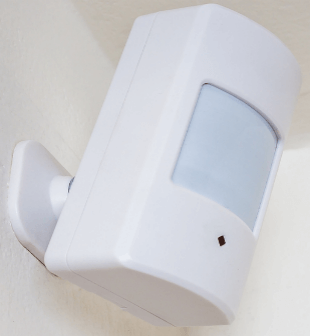 Motion Sensors are electrical devices that detect the movement or stopping of parts, people, or other objects and send signals to control or display devices’ inputs. Motion detection is commonly used to detect the stalling of conveyors or the seizing of bearings. The intended application, sensor type, sensor function, and minimum and maximum speeds are important characteristics. 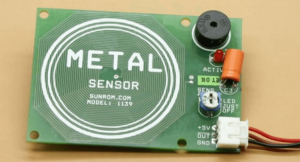 Metal detectors are electronic or electromechanical devices that detect metal in various circumstances, from parcels to humans. Metal detectors are available in both permanent and portable versions, and they utilize a range of detection technologies, the most common of which is electromagnetic. The desired application, maximum sensing distance, and feature choices such as portable and fixed devices are all important considerations. Metal detectors can be programmed to detect metal in certain production processes like sawmilling and injection molding. 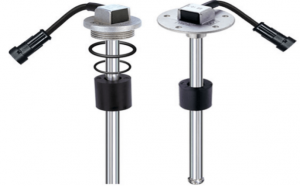 Level detectors are electrical or electromechanical devices that measure the height of gases, liquids, or solids in tanks or bins and provide signals to control or display systems. To estimate product height, standard level sensors employ ultrasonic, capacitance, vibratory, or mechanical methods. Sensor type, sensor function, and maximum sensing distance are all important characteristics to consider. Contacting and non-contacting level sensors and detectors are available. 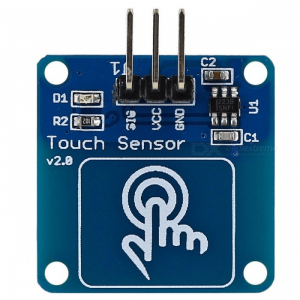 We don’t give touch sensors much thought, but they’ve become an indispensable component of our lives. All touch screen devices (phones, tablets, laptops, etc.) contain touch sensors, whether you realize it or not. Trackpads in modern computers are another typical use of touch sensors.

Touch sensors detect the touch of a finger or a stylus, as the name implies. Touch sensors are frequently divided into two types: resistive and capacitive. Capacitive touch sensors account for nearly all current touch sensors since they are more accurate and have a superior signal-to-noise ratio. 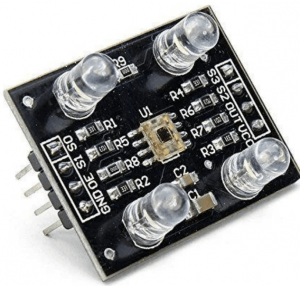 A Color Sensor is a valuable device for developing applications in image processing, color identification, and industrial object tracking, among other fields. The TCS3200 is a straightforward Color Sensor that can detect any color and generate a square wave proportionate to the detected color’s wavelength.

Force Transducers are electronic devices measuring numerous characteristics connected to forces, such as weight, torque, load, etc., and sending signals to control or display devices’ inputs. A load cell, a piezoelectric device whose resistance varies due to deforming loads, is commonly used in force sensors.

Torque and strain can also be measured using other ways. Sensor function, number of axes, minimum and maximum loads (or torques), minimum and maximum operating temperature, and sensor size are all important requirements. From truck scales to bolt tensioning devices, force sensors are employed in various load measuring applications. 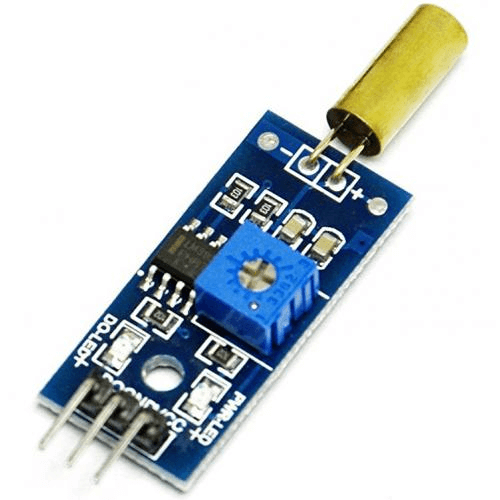 Tilt Sensors are one of the most basic and affordable sensors available for detecting inclination or orientation. Tilt sensors used to be built of Mercury (thus their nickname “Mercury Switches”), but most current tilt sensors now have a rollerball.

Sensors, Detectors, and Transducers are electrical, optoelectrical, or electronic devices that detect the presence of a specific entity or function. They are made of specialized electronics or other sensitive materials.

Sensors, detectors, and transducers for detecting a physical presence, such as flame, metals, leaks, levels, or gas and chemicals, are among the many varieties available. Some are made to detect physical qualities like temperature, pressure, or radiation, while others are made to detect motion or proximity.

Depending on the application, they can function in various ways, including using electromagnetic fields or optics, among other things. Sensors, detectors, and transducers of various types are used in various applications across a wide range of industries to test, measure, and regulate various processes and machine functions. We trust you will find the information in this post useful.

Lastly, at ICRFQ, we are a leading Electronic Components Distributor in China. If you need to purchase electronic sensors or any other component both for retail and other purposes, contact us for the best deals and short delivery times.

How to Use a Multimeter to Test Voltage of Live Wires

How To Read A Micrometer?