Everything You Need To Know About Gyroscope Sensor 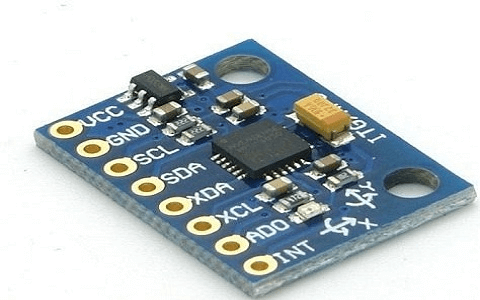 Gyroscopes are used to detect and measure rotation, which is a property of objects that can be used to determine the object’s orientation. In other words, a gyroscope can tell you whether or not you’re spinning.

Gyroscope sensors are a popular option for many types of applications since they are relatively inexpensive and can be used in a variety of applications.

Whether your application needs a gyroscope sensor, you’ll likely need to get familiar with the basics.

What is a gyroscope sensor?

Gyroscope sensors are also known as angular rate sensors since they measure angular rates, which are the rates of change in angle or orientation. This is measured in terms of degrees per second since it is the change of the rotational angle per time.

Gyroscopes determine whether an object is moving in a straight line or spinning at a particular rate.

In addition to determining rotation, gyroscopes can also detect linear acceleration (how fast an object is moving) and gravity.

Sometimes they are also known as velocity sensors. They can sense the exact direction or velocity of an object.

Gyroscopes measure rotation by using the principle of conservation of angular momentum.

Angular momentum is a vector quantity made up of two motions: rotation around an axis and spin around a line perpendicular to that axis.

Angular momentum in 3D space is represented by an arrow drawn from the center of rotation to the point about which it rotates. 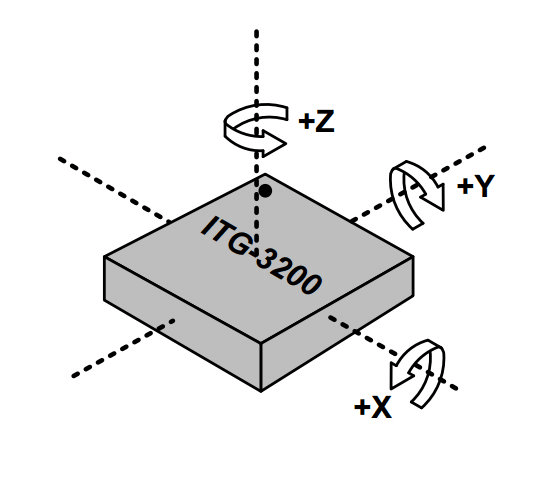 In order for the conservation of angular momentum to be valid, all external torques must be zero, i.e., no net force or torque should act upon the object.

Now let’s look at the physical aspects of things. Three different angular rate measurements guide the use of gyroscope sensors. These are :

Yaw-This is the rotation of an object about its horizontal axis.

Pitch-This is the rotation of an object about its longitudinal axis. Pitch angle is the angle between the transverse plane and the vertical axis of a body. Pitch angle may be expressed in terms of pitch, as shown below, or as an angle relative to horizontal.

Roll-This is a rotation about a lateral axis that passes through the center of gravity and perpendicular to both the longitudinal axis and transverse plane (the imaginary plane extending vertically from a vehicle’s centerline). Roll angles are typically measured using three orthogonal axes: Aileron roll, rudder roll, and elevator roll.

Also, the Coriolis force concept is used to determine the working principle of the gyroscope sensor. Under this, the sensor can measure the rotation and angular rates, all converted to electrical signals that can be easily interpreted. 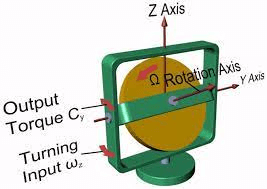 To better understand the gyroscopic sensor, it will be easier if we briefly look at the operations of a Vibration Gyroscope sensor.

As the name suggests, this sensor comprises a crystalline vibrating element that is double T-shaped.

This element is suspended over a gimbal from the frame of the sensor by a thin wire.

These elements vibrate at their resonant frequency when no external force is applied.

The resonant frequency of the X-axis element is higher than that of the Y-axis element due to its larger mass. So, when a force is applied, it will affect only one of them. According to which one gets affected, we can know what kind of external force has been applied and accordingly, we can sense it as well.

What are the components and elements of a gyroscope sensor? 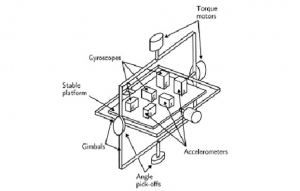 Different elements are combined to ensure that the gyroscope sensor works perfectly, as we have described. The key components include;

-A pair of angular velocity sensors

In this gyroscope sensor, the frame acts as a support to the other components. It also provides a rigid structure to the sensor.

The housing is used to protect the other components from environmental hazards like dust or moisture, etc. The mounting mechanism is used to mount this gyroscope sensor on any structure like rotating shafts, ships, aircraft etc.

Gyroscope sensors are grouped into different classes based on different parameters.

Based on their mode of operation

Based on their measurement range

There is another classification of a gyroscope sensor based on its usage in a system. This classification is done by considering the roles of the different components of the system like signal conditioning circuits, microprocessors etc.

Based on this classification, we have single-axis and multi-axis sensors. Single-axis gyroscopes measure only one angle, while multi-axis measure three angles (pitch, roll and yaw).

Gyroscopes are also classified based on the materials used. Here we have ceramic, glass and plastic gyroscopes.

Gyroscopes are also classified based on the application where they are used. We have gyroscopes for aircraft, military, industrial, naval, and space applications here.

Other than the above classifications, there are different variations of gyroscope sensors in the market. Let’s look at some of them:

MEMS gyroscopes have the smallest dimensions and are considered the most accurate. They are used in high-precision applications, such as navigation systems.

Optical gyroscopes use light to detect angular velocity. Therefore they are considered to be the least expensive. They are used in applications where accuracy is not critical and where cost is essential.

Magnetic sensors have a sensing element that can be either permanent or electromechanical. These sensors can be integrated with other magnetic components and can be used for various applications such as navigation systems and industrial machinery control.

The spherical resonator gyroscope, or SRG, is a gyroscope that uses a resonant structure to measure angular rate, allowing it to be used in applications where there is very little gravity. They can be used in aircraft as inertial reference systems.

A ring laser gyroscope, or RLG, consists of a ring of semiconducting material (typically silicon) surrounded by a light-emitting diode. The ring is mounted on an inertial mount and has a small mirror attached to the outer edge.

When angular rate changes, the mirror moves and shines light through the semiconducting ring and onto a photodetector. Because the light is reflected from different locations on the ring depending on where it strikes, the photodetector detects multiple light signals that combine to measure angular rate accurately.

The output signal can perform precise rotation measurements in applications such as navigation systems and industrial machinery control.

An optical gyroscope uses a resonant optical cavity to detect rotation, allowing it to be used in applications with very little gravity. They can be used in aircraft as inertial reference systems and in space applications.

A gyrostat is a device consisting of two or more linear accelerometers mounted on a common axis. The accelerometers are used to detect rotation, and a microprocessor processes the output from the accelerometers to determine the rotational rate. They are mostly used in the automotive crash testing. 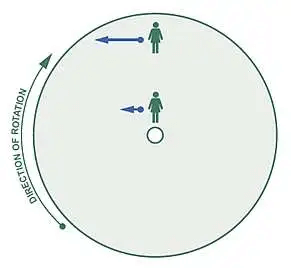 Gyroscope sensors have a wide range of applications in different industries. Let’s look at these industries and how the sensor is used.

Gyroscope sensors in aircraft and aviation

The gyroscope is used to measure the aircraft’s roll, pitch and yaw angles. The aircraft can be controlled by measuring these angles and comparing them to the desired angles.

Gyroscope sensors are also used in aviation to measure aircraft direction and speed during take-off and landing. They are also used for checking flight control systems, which are important for aviation safety.

Drones and other small UAVs also use gyroscopes as sensors to help stabilize their flight paths.

Gyroscope sensors in the automobile industry

This is another field that has experienced a huge increase in the use of gyroscope sensors. Cars are required to have very accurate readings on their movement in order to avoid accidents. The gyroscope is used to measure the direction and speed of the car’s movement.

This is important, especially in race cars such as Formula1, where the data about the vehicle’s velocity is relayed in real-time.

Gyroscope sensors in the medical industry

Gyroscopes are used in medical devices like heart rate monitors and pulse oximetry devices. These devices are used for measuring heart rates and blood oxygen levels, which are considered vital signs by doctors.

In ships and motorboats

Gyroscope sensors are an important device in water navigation. This is because it is used to determine the ship’s heading and velocity. Fat-moving motorboats also tend to heavily rely on these sensors for all the vital data related to navigation.

In the robotics industry

Gyroscopes are a very important part of a robotic device. It is used as a sensor to measure rotation rate, orientation, and angular velocity to control robot movement. For example, it can be used as a sensor to help stabilize a robotic arm or other body parts such as legs or feet when they move too fast or too slow for the robot’s perception of motion.

This is among the most common application areas of gyroscope sensors. Consumer electronic goods include devices such as cameras, music players, and smartphones. Most of these devices use gyroscopes to help them sense movement or orientation.

Gyroscopes are also used in computer science to precisely measure angular velocity using the conservation of angular momentum principle (in this case, the moment of inertia) that is a constant property of rotational motion.

Mobile phones also have a gyroscope chip to help calculate acceleration and rotation rates. The gyroscope can be used in the same way as a compass to help determine direction. The gyro may also include an accelerometer for measuring gravity. The angle of inclination is also measured, which can be used to determine the phone’s orientation in space.

There are many other applications and projects that require gyroscope sensors.

Do you have a personal project that you think will require the use of a gyroscope? Just buy the right sensor and see how it will be integrated into the project.

There are many different types of gyroscopes depending on their application and purpose (such as consumer-level consumer products vs industrial level).

How do I choose a gyroscope sensor?

There are different key factors to consider when choosing a gyroscope sensor.

-The application that the sensor will be used for.

-The type of sensor: As we have seen, there are many different types of gyroscopes depending on their application and purpose.

-The range: The range of the gyroscope is important because it will determine how far your sensor can be from the phone. If your phone is near a wall, you will have to buy a long-range gyroscope to be able to detect it.

-The frequency: The frequency of the sensor is important because it will determine how quickly your sensor will send information to your phone. If you need real-time data, then you may want to buy a higher frequency sensor.

-The interface: For some types of sensors, there are different interfaces available such as I2C or SPI. You will want to make sure that the sensor you buy supports these interfaces so that if your project requires it, then it can be used with whatever interface is being used in your project.

-The price: The price of the gyroscope sensor is an essential factor because it will determine how much you will be able to spend on your project. If you want to buy a high-quality sensor, it may cost more money, but in the long run, you may save money because it will last longer and work better for your project.