Everything You Need To Know About Home Inverter

Are you planning to buy a new inverter for your home? Or do you want to upgrade the one you have been using? It is vital to have all the necessary information at hand.

In this guide, we are going to explore everything that you should know about these power devices. We will also give you tips on how to buy the best inverters for home and commercial use.

What is an inverter?

An inverter is a device that changes direct current (DC) to alternating current (AC). The name comes from the fact that its function is to invert DC into AC. Since they are designed to convert DC power into AC power, they are commonly used in cars, boats, and other vehicles. They are also used in homes and offices for power conversion.

Inverters come with various features and specifications. Some of them can handle high loads, while others have a limited capacity. You need to choose the one that will suit your specific needs.

Why should I buy an home inverter?

There are many reasons why you may want to buy an inverter for your home or office or industrial use:

-Power outage – if there has been a power outage at your house or office due to a storm or some other reason, you may require an inverter until the electricity supply is restored;

-Backup Power – if you want to cut down on electricity bills by using your own solar panels or wind turbines, you need an inverter;

-Emergency Lighting – if there’s a blackout at home or work due to storm damage or any other reason and you want emergency lighting;

-Portable Power – if you want portable power for camping trips, picnics, etc., then you need an inverter;

-Off-grid – if you want to cut down on your electricity bills and want to be off-grid, then you need an inverter for your solar panels or wind turbines.

What size of the inverter is needed to run a home?

Calculating the power requirement for your home

As we have stated, inverters come in different power ratings. So, before you buy one inverter, it is important to calculate the power requirement for your home.

But, how do you do it? Are there complex calculations involved?

Finding the power requirement is quite an easy process.

Some inverters also have built-in self-tests that help you check their performance without any external device.

Solar panels and wind turbines produce DC current whereas most appliances use AC current. So it is necessary to convert DC current into AC current for most applications.

Solar inverters are used for this purpose as they are designed specifically for solar energy applications.

Voltage regulation of an home inverter

In order to ensure that the output voltage remains steady, some inverters have built-in voltage regulators.

Inverters have built-in overload protection circuits that shut off their outputs if they detect excessive current flow. This protects them from damage caused by overloading, which can occur if you connect too many appliances to them or if you connect them to an overloaded power supply.

A few inverters allow you to adjust their overload thresholds so that you can use them with multiple appliances without having to worry about overloading them.

These are called adjustable overload threshold inverters. If your inverter does not have this feature, then it is best to avoid using it for more than one appliance because it may cause damage if there is an overload condition due to some reason.

Inverters have built-in low battery warning systems that alert you when the voltage from the batteries or the solar panels falls below a certain level. Most of these inverters have a low voltage disconnect (LVD) circuit that automatically shuts off their outputs if the battery voltage falls below a preset level. Some of these inverters also have an adjustable LVD feature that allows you to set the LVD threshold at any level between 3 and 24 volts.

This feature is useful for applications where you want your inverter to switch off only when it receives very low input voltages, such as when your solar panels are covered by clouds.

Inverters have built-in ground fault detection circuits that shut off their outputs if they detect excessive current flow through any part of their case or internal wiring. This protects them from damage caused by short circuits, which can occur if water or some other conductive liquid enters their case through its AC outlet(s).

Some of these devices have a ground fault detection circuit that can be set to shut off their outputs only when they receive excessive current flow through their case or internal circuitry. This feature is useful for protecting the inverter from damage caused by short circuits, which may occur if water or some other conductive liquid enters its case through its AC outlet(s).

Some inverters have a built-in input current limiting (ICL) circuit that shuts off their outputs when they receive too much current from their DC inputs. This is a useful feature because it protects the inverter from damage caused by short circuits, which may occur if water or some other conductive liquid enters its case through its DC input(s).

What kind of battery is used on home inverters?

Most inverters use a sealed lead-acid battery, which is a type of deep-cycle battery. Deep-cycle batteries are designed to be discharged over and over without damage.

They are also designed for periodic recharging.

And how long do these inverter batteries last? Most are designed to last for between 5 hours to 10 hours. However, they may last longer if they are periodically charged and discharged.

What is the best way to install an home inverter? 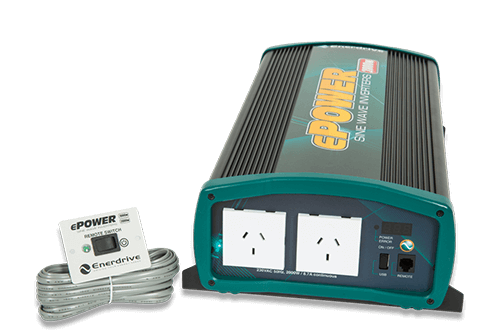 This can also be a problem if you do not have enough space for an inverter because of its size and weight.

Where to install home inverters

There are several types of platforms and stands used when installing inverters:

Direct mounting:This method uses screws, bolts, nuts, and washers to mount the inverter directly onto a surface such as a wall, ceiling, floor, etc. In this method there are no spacers between the inverter and its mounting surface. The area around the battery must be well ventilated and have good air circulation in order to prevent excessive battery temperature or overheating from occurring.

Ceiling mounting: This method uses brackets to mount an inverter directly onto a ceiling or even the roof . In this method, there are spacers between the inverters and their mounting surface.

Wall mounting: This method uses brackets to mount an inverter directly onto a wall using screws, bolts, nuts, and washers.

When should I disconnect my home inverter?

Inverters should be disconnected whenever they are not in use, or when they will not be used for an extended period of time. The AC power that they produce may be dangerous if left connected while the inverter is not in use.

It is generally recommended that you disconnect your inverter whenever you plan to leave your boat unattended for an extended period of time, such as overnight or on weekends. This will help prevent accidental starting or mishaps caused by someone leaving the boat unattended and accidentally turning on the inverter’s DC/AC output power supply.

If you do leave your boat unattended overnight, it is best to disconnect the battery from the DC/AC output terminals before doing so. Otherwise, you might be tempted to start up your boat when it starts raining (and thus short-circuiting its wet batteries), causing them to leak acid onto nearby objects and possibly start fires.

Sine wave vs Square inverter: Which one to choose?

When choosing which inverter to buy, there are two main considerations: AC voltage and frequency.

The sine wave inverter produces a much-less-expensive sine wave output power, which is often “square” in shape (more or less chopping off at the end).

However, the sine wave output power is also very inefficient; it has a higher voltage ripple and noise than a true sine wave (which is why you should never use an inverter with an AC voltage of more than 115V). This means that it has to be much more powerful to produce the same amount of power as a true sine wave inverter. In addition, it can take a lot longer for the batteries to charge up when using a square wave inverter.

The fact that the diamond shape output power produced by square waves is not completely consistent in its shape means that they will require some additional filtering and smoothing equipment in order to minimize noise and ripple caused by the AC output power supply.

You should choose between these two types of inverters based on your budget and your desired application.

Where to buy inverters in China?

There are numerous inverter suppliers in China. Some of them provide the inverter at a lower price than those offered by others. However, do not be carried away by the price of the inverters. Instead, check the quality of the product and the reputation of the manufacturer.

Ensure that you buy from reliable inverter manufacturers and suppliers in China. This way you can be sure of getting quality inverters for your home.

The easiest way of getting such manufacturers is by using sourcing agents. These agents have been in business for a long time and know the market well. For instance, we at ICRFQ will be able to guide you on where to buy inverters and other electrical equipment at an affordable price.