How Do You Fix A GFCI That Won’t Reset? 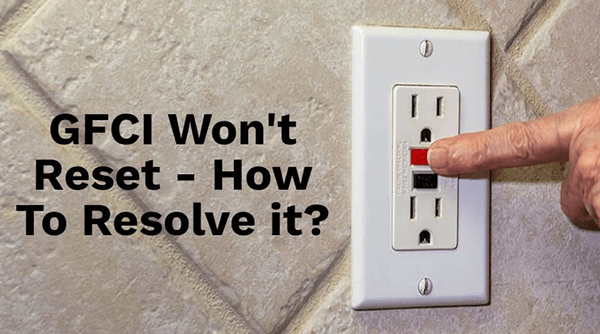 At home and even in workplaces, we are occasionally faced with electricity glitches. This usually happens unexpectedly. For instance, the lights may go off or your appliance stops working after being connected to the power socket.

The most probable suspect for such glitches is the faulty GFCI. You will be advised to reset it and everything will get back to normal. What if it still won’t reset? Well, we have the answer to this.

What is a GFCI

First things first, let’s know what a GFCI is. GFCI stands for ground fault circuit interrupter. It is a safety device that is used to protect you from electrical shock.

This device is the part of the circuit that senses an imbalance in the current between the hot and neutral wires.

It then stops power from reaching your appliances and provides a path to trip the circuit breaker.

A GFCI is usually installed in your outlets and looks like a red button. It has two buttons; one to test it and the other for resetting it.

The testing button is usually red while the reset button may be blue or black.

This device will appear on a circuit that has a lot of electrical appliances that run on 220 volts, such as electric stoves, clothes dryers, etc.

GFCI are always known for their reliability. However, sometimes they can fail. Even though resetting them is the most viable solution since it could mean that the internal breaker is not working. 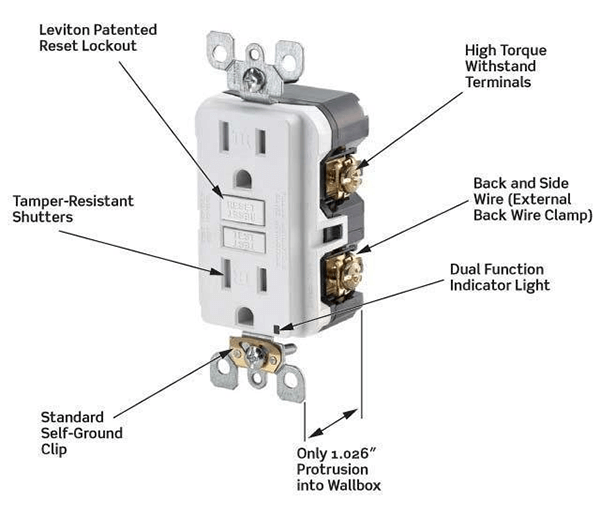 No matter how much you have tried, your GFCI won’t just reset. Here are the steps that you should follow when fixing a GFCI that won’t reset:

Step 1: Find out the cause of the problem

Like in most electrical troubleshooting projects, it all starts by finding out the cause of the problem. This is to ensure that the problem is not caused by a major problem such as a wire being cut or damaged.

Find out the main reason why the electrical outlet is not working. Maybe there could be a more serious issue other than just the outlet circuit.

Find out whether other appliances and fixtures in other rooms have also tripped due to a faulty GFCI. This way, you will uncover the scope of the problem. You can go ahead to unplug them from the GFCI just to see if the GFCI will reset or not.

If other outlets are working, this could mean that the problem is localized. So you will have to work on that specific outlet rather than the whole GFCI.

If other outlets are not working, then it could be a problem with the GFCI.

Step 2: Check out for the blown fuse or tripped circuit

If the circuit breaker has tripped, unplug everything from the outlet and reset the circuit breaker. If it trips again after resetting, then there is a problem with that circuit and you may have to hire an electrician to find out what the problem is.

If the GFCI has been reset and still does not work, then it could be caused by loose connections somewhere inside that outlet box in between the wire connections.

If there are no loose connections and the GFCI still does not work, then it could be caused by a defective GFCI. You may need to replace the GFCI with a new one.

Step 4: Assess the magnitude of damage

With electrical issues, you don’t just proceed to fix the problem without knowing its magnitude. The issue could be beyond your capabilities and may require an expert’s hand.

Here are some of the steps that will help you unearth the extent of the damage:

-If the reset button does not pop up, this could mean that you have not pushed it down hard enough. Consider applying more force on the button.

-If the reset button pops up and the light turns green, but it doesn’t work, then you may have to check if there’s a problem with the wiring.

-If the reset button does not pop up and there’s no power supply to your outlet or GFCI, this means that there’s a problem with the wiring. You should find out where the wiring is broken and fix it.

-If the reset button does not stay down, this could mean that the issue is with the downstream circuit breaker. You should first check if the circuit breaker is turned on or off. If it’s off, then you should turn it on.

-If the reset button is out but the plugged devices are working, the issue could be with a reversed power transmission line. The problem could also be with the circuit breaker, though this happens in very rare cases.

Step 5: Test the outlets and GFCI

After implementing all the steps in the previous steps, it is time to test the results. You should test the outlets and GFCI to see if they work. If they don’t work, you should check the wiring and make sure that it’s not broken.

-To test the outlets, you should plug in a lamp or other device that uses standard 120 V AC voltage. If the outlet works, then there’s no problem with your wiring.

-If you plugged in a lamp or other device and it does not work, then the problem could be with the outlet itself or with your wiring. You should find out which one is wrong and fix it.

-If you plugged in a lamp or another device that uses 240 V AC voltage and no power is getting to your outlet, then this means that there’s an issue with the GFCI circuit breaker. You should find out where the problem is and fix it.

-To test your GFCI circuit breaker, you should first unplug the device that you are testing from the outlet. Then, you should test your outlet by plugging in another device that uses standard 120 V AC voltage. If it works, then there’s no problem with your wiring. If it doesn’t work, then there’s a problem with your GFCI circuit breaker. You should find out where the problem is and fix it.

-If the outlet is still broken after you’ve replaced all of the parts, it’s time to call an electrician.

-If the outlet is not broken and you still don’t have any power, then the problem could be with your wiring or with your GFCI circuit breaker. You should find out which one is wrong and fix it.

-If none of these steps worked and you still don’t have any power, then call an electrician.

How to reset a GFCI without a reset button? 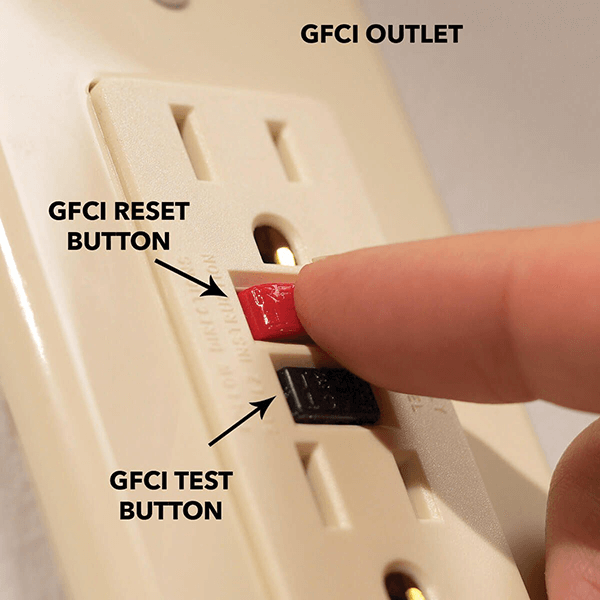 If your GFCI circuit breaker doesn’t have a reset button, then you should follow the steps below.

-Unplug the GFCI circuit breaker from your outlet.

-Turn off the breaker at the wall.

What causes the GFCI to reset and not trip?

However, GFCI circuit breakers can sometimes trip from something as minor as touching the metal prongs on the outlet or plug with a wet finger.

If your GFCI circuit breaker doesn’t trip when you touch it with your wet finger, then you should reset it.

GFCI not working after installation: What could be the issue?

After installing a new GFCI, you realize that it is not working. What could be the issue?

If you are getting power to the GFCI circuit breaker, then your GFCI is either not turning on or is not working properly. You may need to replace or reset it.

If you are not getting power to the GFCI circuit breaker, then your GFCI is either in a different position than it was previously, or it is not connected correctly.

How do you know if a GFCI outlet is bad?

A GFCI outlet can be tested by plugging in an appliance. If the outlet does not trip, then your GFCI might be faulty and should be replaced. If the outlet trips, then you may have a problem with your GFCI circuit breaker or it might not be connected to the correct circuit.

What GFCI outlet should I buy? 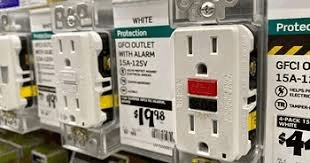 Let’s say you have concluded that the problem could be with your GFCI outlet. So, you have chosen to buy another one. There are several factors to consider when buying a new GFCI outlet. The first thing you will want to consider is the rating of the GFCI outlet. You want a GFCI outlet that is rated for the circuit you are using. The circuit rating may be based on the size of the room or even how much electricity you use in a day.

The next thing you should consider is if your outlet needs to have an additional circuit breaker added to it for extra protection, or if it already has an additional circuit breaker and needs to be rewired with the correct wire size. The most common types of circuits that have extra protection built into them are those used for appliances and garage door openers, but many others do as well.

The last thing to consider when buying a GFCI outlet is the cost. You can find GFCI outlets that are very inexpensive, but they may not be as well made as others that cost more money.

I hope you have learned something when it comes to fixing your GFCI that won’t reset. The easiest way to fix it is to replace the entire GFCI with a new one. If this is not an option, then you can wire it up with a pigtail. If you need help wiring it up, then call your local electrician.

And if you want to buy a new one, consider contacting ICRFQ. We are a reputable supplier of GFCI outlets in China.