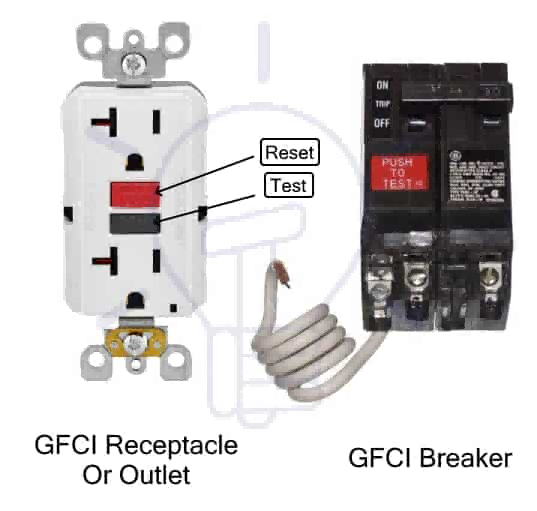 If you’ve ever wondered, “How does a ground fault circuit breaker work?” Perhaps knowing more about them would enable you to decide whether to improve your present circuit.

GFCI breakers guard against the possibility of electrocution for the user. The cost of upgrading to a GFCI circuit breaker is high. For added security, you can think about utilizing a GFCI outlet in place of the conventional receptacle.

Learn more about the various GFCI devices and how they operate by reading this article until the end.

How Does a GFCI Work? 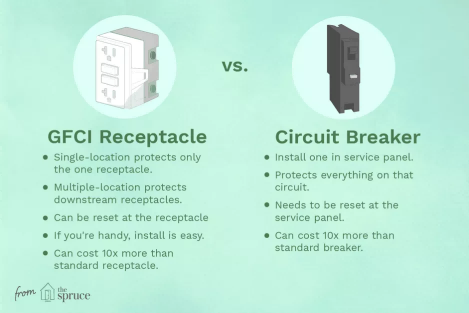 In your panel, the GFCI circuit breaker functions similarly to a regular circuit breaker. It immediately responds to circuit overloads and compares the power supplied to and from appliances to look for any variations. The advanced features on this kind of circuit breaker, however, are also intended to find a ground fault.

When a hot wire interacts with water or any other kind of debris while touching the ground wire, a ground fault happens. A ground fault will cause the GFCI to trigger quickly. The main goal of GFCI outlets and circuit breakers is to safeguard users; this is its main function.

The NEC now mandates the installation of GFCI circuits and outlets. Keep in mind that compliance with local electrical codes, which may include ground fault prevention, is necessary to pass an electrical inspection.

When building a GFCI circuit, always consult an electrical diagram or engage the services of a pro.

A GFCI breaker checks to see if the electricity on its circuit is operating properly. From the circuit panel to your outlets and then back to a grounding point, power should go in a closed loop. Electricity will seek an alternative route to the soil if it is leaking, which is hazardous. You run the chance of receiving electroshock at such time, and an electrical fire might destroy your house.

Therefore, when there is an electrical leak on the circuit, the GFCI breaker detects it. The GFCI breaker trips to cut off power to the entire circuit the moment it senses a ground fault, which is defined as electricity flowing to the ground improperly. This precaution helps to save your house investment from burning up.

Ground fault prevention is required on the breaker or at each outlet in a hazardous location in wet areas like kitchens and bathrooms. But even without water, ground fault injuries and fires can happen. Water is merely one more danger that increases the likelihood of electroshock.

Here are a few instances of how a ground fault breaker functions:

What are GFCI Devices?

A ground fault that could result in electrocution or electrical shock can be found using a device known as a ground fault circuit interrupter, or GFCI. The kitchen, bathroom, or even garage are the typical locations for GFCI installation. It is typically mounted somewhere the circuit might come into touch with water.

A portable GFCI, an outlet, and a circuit breaker are the three different types of GFCI devices. Despite being utilized in various installations or applications, they all serve the same purpose. Here is a brief explanation of each of these three GFCI types.

A specific circuit breaker known as a ground fault circuit interrupter, or GFCI, safeguards the entire circuit. It indicates that the GFCI breaker is protecting every outlet currently connected to the circuit.

But the price of its efficiency is that it is more expensive than the standard circuit breaker currently found in most household settings.

For the same level of protection at a lesser cost, consider using a GFCI outlet instead of GFCI breakers.

A ground fault circuit interrupter, or GFCI, is a device. These are also known as ground fault interrupters or GFIs. The balance of electrical current flowing across a circuit is accurately monitored by a GFCI. The GFCI rapidly shuts off the electricity if power flows in an unauthorized area, such as during a short.

A GFCI eliminates persistent current draw when a short occurs, protecting users from potentially lethal electrical shocks. The gradual electrical “leaks” caused by puncturing a wire in a bedroom wall are tracked down and disabled by arc fault circuit breakers or arc fault circuit interrupters (AFCI), which operate very differently.

There are numerous locations within the house and outside where electricity and water are in close contact. Water and electricity should not be mixed. For the protection of your family, every switch, outlet, breaker, and circuit in those rooms and regions of the house needs to be GFCI protected. A GFCI outlet: what is it? It might be the only thing that safeguards your family in the sad event of an electrical mishap.

A GFCI outlet houses the most prevalent GFCI found in residential buildings. Replaces a normal outlet with this low-cost gadget (outlet). It is completely compatible with any standard outlet and even safeguards outlets “downstream” (any outlet receiving power from the GFCI outlet). The switch from GFI to GFCI, which refers to the protected “circuits,” makes sense in light of this.

GFCI outlets often take up more room in a single gang or double gang electrical box than normal outlets because they are “fatter” than standard outlets. It’s not difficult to wire a GFCI outlet, but you must do it properly for the protection to work later. 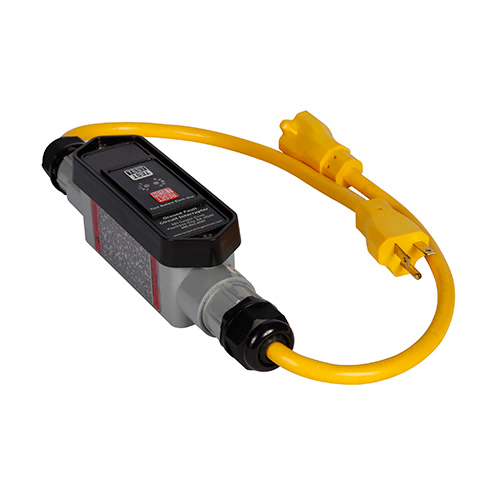 The GFCI outlet and circuit breakers feature is shared by the portable GFCI. On their job sites, many contractors utilize it as GFCI protection.

It is reasonably priced and can be used with portable tools like saws or an outlet. There are portable, waterproof GFCI solutions designed for outdoor use.

Why Use a GFCI Breaker Instead of a GFCI Outlet

Everything on a circuit is protected when a breaker has ground fault protection added to it. Commonly located GFCI outlets in bathrooms and kitchens safeguard both that outlet and any outlets farther down the circuit.

For the following reasons, a ground fault breaker is preferable over a series of GFCI outlets:

● One circuit will need to have ground fault protection for some or all of its outlets.

● Some outlet positions are in confined places, making it difficult to insert larger GFCI receptacles.

● It would be simpler to reset the breaker because the difficult-to-reach outlet needs GFCI protection.

Your perspective on your electrical system will change now that you are aware of how a ground fault circuit breaker operates. To increase safety, you could choose to upgrade or change your circuit breaker.

Only when the circuit is near or linked with water does it make sense to upgrade your breaker or switch the outlet to a GFCI, even though it does offer good protection.