How Many Kinds Of Integrated Circuits Are There? Detailed Answer 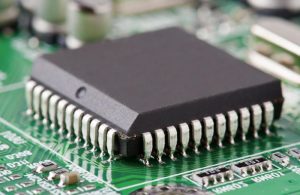 Integrating multiple electronic circuits onto a single semiconductor chip resulted in the creation of integrated circuits. Integrated circuits are created through laborious and intricate manufacturing processes. Because of this, integrated circuits are very dependable, suitable for production on a large scale, have huge circuits packed into extremely small footprints, have low power consumption, and can be run at high frequencies and speeds.

What is an Integrated Circuit (IC?)

Electronic components such as diodes, normally bipolar junction transistors, and field effect transistors are utilized frequently in constructing electronic circuits. These components, together with the necessary resistors and capacitors, create an electronic circuit and are attached and then interconnected names. Because its parts can be removed individually, discrete circuits get their name from their functional versatility.

On a semiconductor wafer, an increasing number of diodes, transistors, and capacitors are being permanently produced these days, representing a new development in the manufacturing of electronic circuits.

Since integrated circuits were first developed, the number of transistors in one of these devices has rapidly expanded, doubling on average once every two years. This phenomenon, which has been given the name Moore’s Law, is frequently touted as an explanation for the exponential rise of technology over the course of the last fifty years.

Solid-state devices were the first step in developing the history of integrated circuits. John Ambrose (JA.) Fleming is credited with developing the first vacuum tube, which was initially referred to as a vacuum diode and was completed in 1897. He came up with the left-hand rule regarding engines. After that, in the year 1906, a new kind of vacuum was developed; it was called a triode, and it was utilized for amplifying signals.

After that, in the year 1947, Bell Labs came up with the idea for what would later be known as the transistor to replace vacuum tubes. This was done partly because transistors are smaller components requiring less power to function. Non-integrated circuits were constructed with different circuits utilizing discrete components by separating them through each other and then arranging them on printed circuit boards by controlling them with their hands. These circuits were given the name “non-integrated.” These ICs have a high space and power consumption, and their output is not very smooth.

In 1959, someone came up with the idea of an integrated circuit, which consisted of multiple electronic and electrical components being built across a single wafer of silicon. Integrated circuits have a smooth output and utilize very little power when operating. Additionally, an improvement in the performance of transistors over an integrated circuit is also possible.

Integrated circuits are a sort of electronics that are notoriously difficult to understand. They can be distinguished from one another by a wide variety of qualities, packaging types, applications, and degrees of complexity. However, it is still possible to classify the many different integrated circuits based on the characteristics of some overarching classification variables.

Any integrated circuit type can be considered a miniaturized version of an integrated electronic circuit. Therefore, one of the criteria used to characterize IC chips is the extent to which the miniaturization is achieved. This can be determined by the number of logic gates or transistors integrated into a single IC. Integrated circuits can be broken down into the following categories according to the size of their chips:

The kind of circuitry an IC has is another criterion used to categorize them. After all, signals are an essential part of electronics. Integrated circuits can be broken down into the following categories according to the sort of signal they process:

ICs can also be categorized based on the manufacturing process used to create them. Integrated circuits can be broken down into the following categories according to these criteria:

Classification based on signal type

Processing signals is the most fundamental aspect of electronics. As a consequence of this, all forms of electrical circuits, including integrated circuits as well, can be broken down into the following categories:

These integrated circuits were developed to process mixed analog and digital signals in various configurations. As a result of the fact that analog and digital circuits have distinctively different signal levels, power requirements, and modes of operation, these are the most difficult to design. These integrated circuits were developed for various applications, including radio, power management, Ethernet,  and analog-to-digital and digital-to-analog conversion.

Classification based on fabrication

Controlling passive electrical qualities such as resistivity and capacitance involves adjusting the thickness of the conducting material. Silk printing is a process that is used in thick film technology to deposit conducting material onto a ceramic substrate. This technique is used to build desired passive components. In this method, the circuit connections are created using conductive or dielectric pastes, and the screens are produced out of a mesh of stainless steel wire. A ceramic substrate bearing the printed circuit is then heated to very high temperatures in a furnace to infuse the circuit into the die.

These integrated circuits can build connections between passive, discrete, and active components on a silicon chip. The word is derived from a Greek word called mono, which means “single,” and lithos, which means “stone.” Due to their reliability and lower cost, these ICs are currently the most often utilized. The commercially produced ICs are employed in devices, including amplifiers, voltage regulators, computer circuits, and AM receivers. However, the monolithic IC components’ insulation is subpar and thus has a lower power rating.

Electronics would be completely impossible without integrated circuits. The article discusses the most basic ways to categorize today’s ICs. Even a small portion of IC technology has been covered briefly here. Infinite debates can be had over the best methods for designing and fabricating integrated circuits. Many questions remain unanswered regarding ICs. Nano-electronics are where the future of integrated circuits will be found. It’s another huge and interesting subject to explore.