Electrical current is the pace at which an electrical charge flows through a conductor to time. It is produced when electrons, which are negatively charged particles, are driven to travel in a single direction across a conductor. An ampere is a unit of measurement for electrical current in Coulombs per second. 6.24 x 1018 electrons / second is equivalent to one amp.

The degree of electrical shock received by a person varies depending on the amperage, duration, and course of electric current in the body when they come into physical contact with an electrical source. A current of 1 mA can give a faint prickly sensation in a 60-cycle per second electric shock that runs from the hand to the foot, whereas a current of more than 2,000 mA can cause heart failure, severe organ damage, and possibly death.

What Does Milliamp (mA) Mean?

A milliamp (mA) is a unit of measurement for the flow of electrons through an electrical wire. Electrical current is measured in amperes (or amps) and abbreviated as “A” in the international system of measurements (SI units). One-thousandth of an ampere is equal to one milliamp. As a result, a milliamp equals 0.001 amperes. A milliampere is another term for a milliamp.

An ampere is the SI unit used to measure electric current. It is equal to the amount of current that would generate an electric force of 2 x 10-7 Newtons per meter if it were allowed to pass through two parallel infinite length conductors separated by one meter in a vacuum with a very small cross-sectional area. Current measurements may be measured in either amperes or milliamperes.

The milliampere has its origins in the ampere. The prefix “milli” denotes a thousandth of the base unit, which in this case is the ampere. Any of the metric prefixes can precede the ampere to report units in the desired magnitude.

The milliampere is a submultiple of a SI unit that is commonly used to measure electrical current in smaller quantities. Galvanometers and ammeters are examples of devices that measure units in milliamperes since albeit do not measure milliamperes solely.

In the case of rechargeable batteries, this measurement indicates the amount of energy a battery can store and the amount of time it can power a device before needing to be recharged. mAh consumption varies by battery type. However, one rule applies in most circumstances: the larger the mAh rating on a battery, the more electrical energy it can store. As a result, a rechargeable battery with a bigger mAh can power a gadget for longer periods.

A battery with a capacity of 5000mAh, for example, can power a smartphone requiring 100 mA for 50 hours. Adding a 10000mAh battery to the same gadget gives it an additional fifty hours of operation, for a total of 100 hours.

However, the above example is only valid in theory. Power transfer from the battery to the gadget is inefficient in the actual world, therefore only a portion of the charge is delivered.

It certainly does. The mAh figure often specifies how much power you have in reserve and how long you can use your gadget, whether it’s for power banks, smartphones, or any other battery-powered device.

In the International System of Units, the ampere (symbol: A) is the fundamental electric current (SI) unit. When expressed in unit C, which is equal to As, the ampere is defined formally using a constant value for the elementary charge, e, of 1.602176634 10-19. The cesium frequency, vCs, is used to determine the second. This is a substantial change from the old ampere definition, which has been in use since 2019.

Andre-Marie Ampere, a French mathematician, and scientist is remembered as the inventor of the ampere. The ampere was defined as one-tenth of the time unit of electrical current, which is now known as the abampere, in the centimeter-gram-second system of units.

The unit’s size was intended to fit comfortably inside the meter-kilogram-second system of measurement. Before 2019, the ampere was formally defined as the constant current at which a force of 2 10-7 newtons per meter length is produced between two parallel conductors, have infinite length, and are put in a vacuum have negligible circular cross-sections. One ampere is defined as one coulomb of charge traveling through a specific place in one second in terms of the SI unit of charge, the coulomb.

Because this concept was difficult to implement with high precision, it was altered to be clearer and simpler to implement. Previously, the SI kilogram, meter, and second had to be established before the ampere could be defined because the definition involved a reference to force. It is now solely dependent on the second’s definition. One possible disadvantage of the redefinition is that vacuum permeability, vacuum permittivity, and free space impedance were all accurate, but now prone to experimental error. 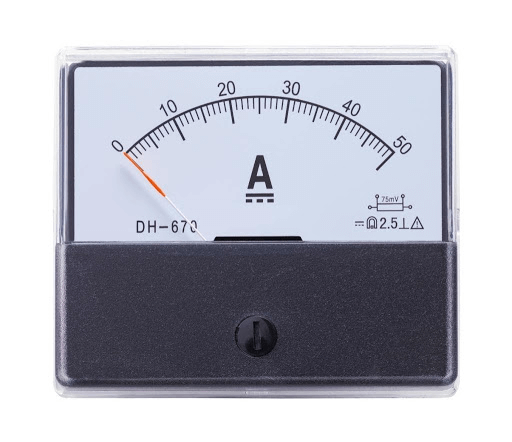 So, How Many Milliamps Are in An Amp?

The answer is a thousand. We’re assuming you’re converting milliamperes to amperes. More information about each measurement unit can be found here: amps vs. ma

What does mA (milliamperes) signify in amps? The milliampere (symbol: mA) is a submultiple of the ampere, which is the SI base unit of the electrical current. One-thousandth of an ampere is the unit of measurement.