How Many Outlets Can Be on a 30 Amp Breaker? 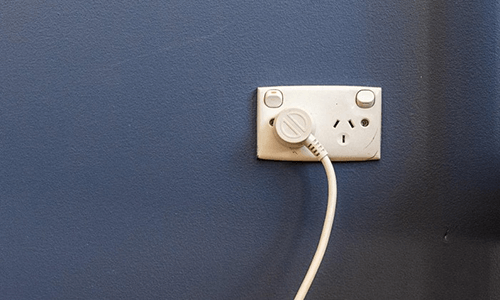 Yes, you can use a circuit with 30 amps for outlets. If you intend to use this for most machines, however, the vast majority of industry experts consider this to be unsafe. A circuit breaker rated at 30 amps is typically used for heavy-duty appliances such as heating, ventilation, air conditioning (HVAC), and water heating systems.

In addition, if it is a single-outlet circuit breaker, it can only support receptacles with a maximum capacity of 30 amps. If it is a device with multiple outlets, we can protect the 10 conductors by installing a circuit with a capacity of 20 amps. On the 30-amp circuit, we can use receptacles with either 15 or 20 amps.

While reading this article, you will acquire more knowledge regarding circuit breakers and outlet standards.

How To Determine the Number of Outlets on the 30 Amp Breaker?

Although it may be hard to believe, the number of outlets is irrelevant. The appliances are going to be your primary concern. Outlets serve no purpose when used by themselves. They don’t take any action whatsoever. Because of this, you can add as many as you like to the existing circuit.

Until you plug something into the sockets, the outlets won’t be able to draw any electricity. In light of this, rather than calculating the number of outlets that can be added to the circuit, you should instead determine the total wattage of the devices you intend to use.

You have 30 amps at your disposal. The system has a problem if the total wattage is higher than 30 amps. If you use the devices at the same time, you will cause the circuit to become overloaded. One could make the case that reducing the number of outlets in use lowers the risk of overloading them.

In the end, if you do not have sufficient outlets, you will not be able to use all of the appliances simultaneously. This is where the majority of homeowners make their mistakes. They know that a single device will not likely overload a circuit rated for 30 amps.

They are unaware that having multiple devices operating simultaneously poses a significant risk of starting a fire. In this context, reducing the number of outlets available to customers is a disincentive for using an excessive number of appliances simultaneously.

Nevertheless, homeowners can always utilize extension cords and power strips in their homes. As a result, reducing the total number of outlets might not necessarily improve the circuit’s safety.

What Does NEC Say About It?

Regarding this matter, the NEC does not have a lot of commentaries to offer. The NEC is most concerned about the breaker’s capacity to handle the load.

The total capacity of a breaker cannot be utilized at any given time. You must maintain a score that is lower than 80 percent. Using that regulation, you can make an educated guess regarding the suitable number of outlets for the circuit.

On the other hand, this is not a strict regulation that the NEC has imposed; instead, it is just common sense. Their regulations do not include any information regarding the maximum number of outlets connected to a single circuit.

You should also distribute the load across multiple circuits, as this will be encouraged by common sense. Because of this, the likelihood of an overload is decreased. Because electrical outlets and lights don’t require significant power, you can connect them to the same circuit.

However, you should put heavier items on separate circuits, such as your heating and air conditioning system and heater. To put it in a more technical context, this will require you to set up additional outlets.

Because you have multiple circuits, you can run all of your appliances at the same time without overloading any one of the circuits. On the other hand, a larger collection of outlets may entice customers to connect a greater number of devices.

Circuit Breaker and Outlet Combinations for Most Homes

The capacity of the circuit breakers used for outlets in most homes is 20 amps. In addition, the vast majority of standard outlets have the same rating. It’s true that outlets also have current ratings. If the power draw of your appliance is higher than what the outlet is rated for, it might melt, which could lead to an accident.

For instance, a 20-amp outlet can get connected to a circuit breaker rated for 30 amps. If you plug an appliance that requires a power draw of 25 amps into the outlet, the outlet will start to fail shortly after. Despite this, the circuit breaker will not trip because 25 amps are still less than the maximum amount it can handle. Because of this, a 20-amp or 15-amp outlet cannot be used on a 30-amp circuit.

Therefore, in addition to not being the standard, a circuit breaker with a capacity of 30 amperes will not protect wiring and outlets with a lower capacity.

The only way to use a circuit breaker rated at 30 amps is if you have a specific outlet and wire rated at 30 amps. Despite this, you should not use it as a standard outlet anywhere in your house.

In most cases, a 30-amp outlet will have a design that differs from the standard outlets found in most homes by having three or four gangs. In addition, this 30-amp outlet and breaker are expected and designed for home appliances that require this power rating, such as a clothes dryer or a water heating system.

What Number of Outlets Can Be Installed in a Standard Circuit Breaker?

To get the most out of a regular circuit breaker rated for 20 amps, the maximum number of outlets connected to it is recommended to be ten.

In addition, you can use a 15-amp breaker instead of a 20-amp breaker if the room that the breaker services does not make use of devices that require a lot of power.

However, think about the appliances you will plug into the circuit before you do so. If you intend to install an number of high-powered devices on it, such as oven toasters, blenders, and portable air conditioning units, installing ten outlets on it may cause the system to overload and trip the breaker.

In addition, the length of the wire installation is an essential factor to consider. If a circuit breaker is connected to an extended power cable, then its amperage rating may be lowered due to this connection. Consequently, some of the high-powered appliances in your home may stop working or trip the circuit breaker. Even if none of the devices plugged in have reached the circuit breaker’s maximum capacity, this may still occur.

A piece of helpful advice is to avoid installing the maximum number of outlets that a circuit is permitted to support to leave room for future growth. If you do it this way, you won’t need to install a new electrical circuit in your home, even if you decide to build an additional shed or create a new room in your basement or attic.

You absolutely must adopt an even-keeled strategy. It is impossible to install either too few or too many outlets. Fewer outlets may seem like a blessing, but all they will do is encourage customers to use extension cords, which is problematic because both power strips and extension cords pose potential safety risks.

According to the National Electrical Code, also known as the NEC, it is permissible to use cables with a gauge of 12-2 for wires rated THHN or THWN. These cables were designed for various applications and had a temperature tolerance of up to 194 degrees Fahrenheit without suffering any deterioration. It merely denotes that these wires can withstand the level of heat generated by a circuit breaker rated at 30 amps.

What happens if I use more outlets with 30 amp breakers?

It’s impossible to have too many outlets, believe it or not. Because outlets are electrical devices, the idea is absurd. Therefore, having too many outlets ought to be dangerous.

However, outlets don’t use electricity on their own. They merely are. The only time you connect an appliance to these devices will draw current. Consequently, adding 100 outlets to the same circuit would be insignificant.

Only when heavy-duty appliances are connected to outlets, do they pose a risk. The breaker will trip, or you will damage the wires if the equipment connected to the 30A circuit exceeds the rating of the cables.

However, even a tiny number of trash cans can cause this. The circuit can become overloaded if the electrical draw from a single appliance is greater than 30 amps. Power strips and extensions can also be used to overload the circuit.

When you have a firm grasp on current ratings for both outlets and circuit breakers, you will be well-equipped to correctly install a new circuit in your home. In addition, it provides you with an estimate of the number of outlets that can be installed on your electrical system.