How Many Outlets On a 20-Amp Circuit? 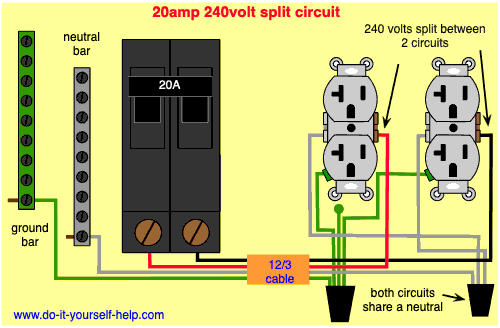 Image source Do it yourself help

Electric circuits and receptacles are rated with an amp rating to indicate how much electricity they can safely handle. The amp rating of a circuit is the measure of how much electrical pressure the wires can handle before overheating and becoming unsafe.

The standard home circuit has a 15-amp breaker with outlets that have a maximum of 20 amps of available current. That’s because appliances like standard vacuum cleaners, heating pads, hair dryers, and electric water kettles draw at most 10 amps each when they’re operating.

Overview of a 20-amp circuit

A standard electrical circuit in the United States is designed to safely handle up to 15 amps of electrical current. You can put 10 light fixtures on that circuit, and it’s fine. However, if you overload a circuit by plugging in too many high-wattage appliances, such as a hair dryer and a vacuum cleaner simultaneously, the circuit will trip the breaker, shutting off power to the entire circuit.

When a circuit trips, you have to reset the breaker. It’s easy enough to do—just flip the switch back and forth until it turns on again. However, there is a danger in resetting the breaker too many times, as this might damage it permanently. That’s why it’s important to check your home regularly to make sure that overloaded circuits have not tripped off too many times or too quickly.

The maximum load refers to how much current is running through a wire at any given moment in time. The ampacity of a wire is how much continuous current it can carry without overheating and melting away from its insulation or breaking down due to heat generated by electrical resistance (heat).

How many outlets are on 20 amp circuit?

Why 10? You may wonder. Maybe you are contemplating adding more outlets on your 20 amp circuit.

In most circuits, a single outlet will have a maximum current of 1.5 amps or simply a power draw of 180 watts assuming that it is connected to 10V power source.

Now let’s use the same numbers on a 20-amps circuit. Multiply the number of the outlets by their ampacity. If you have 13 outlets, it will be 13 by 1.5 which will come to 19.5 amps. While this may look ideal, it is impractical.

The answer is simple. It will deny most devices on that circuit the starting power. Any circuit that is 90% occupied will be constantly tripping. This is why it is always advisable to keep the load at 80% or even less.

This is why we have ended up with up with 10 as an ideal number of outlets on a 20 amp circuit.

For example, if you have a kitchen circuit that has one ceiling light, a refrigerator, and a dishwasher, you have the capacity to have five outlets available to plug in other appliances, like a toaster or a coffee maker.

But if you install five ceiling lights in the kitchen, you only have two outlets left on that circuit. You’d need a separate circuit to plug in those appliances, and install a whole-house surge protector to protect them from power surges.

Designing the layout for a 20 amps circuit

Now that you have known the number of outlets, the next step is designing a perfect layout for your 20 amp circuit. The first phase of this design process is knowing the types of fittings and devices that will be on the outlet.

You should consider combining similar fittings such as lights and receptacles. This is because a light fitting uses the same amount of power as a receptacle fitting.

For example, if you have two ceiling lights and two outlets, you should consider combining them into one fitting since they use the same amount of power. This will come in handy when it comes to designing the layout for a 20 amp circuit.

The next phase of this design process is knowing the maximum number of devices that can be on that circuit at any given time. For example, in your kitchen’s 20 amp circuit, you know that only five outlets are available on that circuit.

In addition to this, there are several rules and regulations surrounding how many devices can be on each 12-volt conductor in your home’s electrical system based on their wattage rating.

What is the best outlet for my 20 amps circuit? 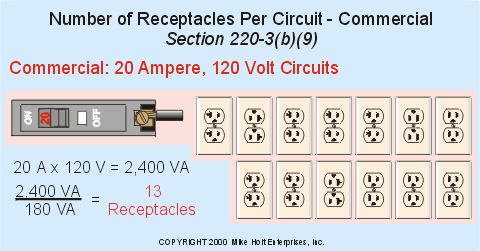 The best outlet is one that has been recommended by NEC. This type of outlet is commonly known as a duplex receptacle.

If you are planning to install a 20 amps circuit in your home, you should install these types of outlets in each room. This is because they are designed to handle the higher amperage from the 20 amp circuits. They also have two separate electrical terminals that can be used for two devices at the same time without overloading the circuit.

One thing to remember is that if you want to add more devices to your 20 amp circuit, it is best not to use an adapter or power strip. The reason for this is that these devices can create interference with the flow of electricity and cause a fire hazard.

It is always best to install additional receptacles and switches rather than using adapters or power strips when it comes to wiring a higher amperage circuit. This way, you will be able to avoid potential hazards that could occur when running 20 amps through an adapter or power strip.

How Can I Properly Manage My Outlets on 20 amp circuit?

Installing a whole-house surge protector on every circuit is one of the best ways to properly manage your circuits.

You can always get these genuine electrical components from reputable suppliers and manufacturers in China. Sourcing agents such as ICRFQ will always come in handy in linking you up to such manufacturers.

Now you know the exact number of outlets to add to your 20-amps circuit. You also know how to wire them and how not to wire them. You can now start your project with confidence. If you are not sure, remember to engage a professional electrician for assistance.