How Much Horsepower Does A Horse Have? 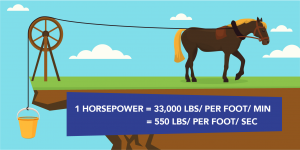 To figure out how much horsepower a horse has, we must first define horsepower. It’s a measurement of a device’s ability to accomplish mechanical work in terms of power. Hp (Horsepower) or bhp (Bhp) are the abbreviations for horsepower (brake horsepower).

If you’re like most people, you’d say: A horse’s horsepower is one; that’s why the unit is called “horsepower” — plain sense. The truth is that, as shocking as it may appear, horsepower is never truly consistent among all horses. Physical fitness and the horse’s workload in issue are likely to play a role. The horses’ peak performance speed is also critical.

Horsepower was first used to compare the work efficiency of a working horse with steam engines.

It was then used to measure the output of other equipment, such as electric motors and turbines. Horsepower can also be used as a unit of measurement for human power.

But, to fully comprehend it, we must return to the time when this unit for measuring power and energy was created.

James Watt, a Scottish engineer, revolutionized the design of steam engines in the 18th century, stating that his version was more fuel-efficient. He invented horsepower as a unit of measurement to show his point and ingenuity. He utilized this to compare the new steam engine’s power to the workhorses’ energy.

It was discovered that an average draft horse could turn a 24 ft mill-wheel 2.5 times per minute without exerting excessive effort. Watt converted the force and energy applied by the horse to move the wheel into 33,000 foot-pounds per minute to simplify the calculation and convert it to a metric standard to measure power. 746 Watts or Joules per second is the equivalent of this number.

Regardless, Watt is the founder’s moniker for measuring energy consumption per unit of time. It’s also a frequently used unit for determining the power consumption of electric and mechanical motors.

Why Is It Called Horsepower?

Horses were the dominant source of power in the late 18th century when James Watt invented the term horsepower. He coined the term to compare engine horsepower to horses.

Horses were employed for various purposes over the world, including transportation, farming, mill wheel spinning, barge pulling, and much more. Many individuals were cautious about relying on manufactured things with the development of machines. Watt set out to prove to the world that they were trustworthy and powerful.

Watt wanted to demonstrate the steam engine’s power, and the easiest way to do so was to compare it to a draft horse’s power. By doing so, he demonstrated the benefits of operating a steam engine.

What Is A Horse’s Horsepower?

It’s natural to believe that one horse equals one horsepower, but as we’ve shown, this isn’t the case. The labor rate of a draft horse was used to determine horsepower. These horses are extremely robust and capable of carrying out heavy work for extended periods.

Consider the initial calculation: a huge draft horse turning a millstone 2.5 times per minute for an entire working day. Is your favourite horse or pony capable of carrying that weight all day?

It seems improbable that a modern-day horse or pony could maintain a work rate of 1 horsepower for a lengthy period if put to work in a mill. Even while all horses are muscular and have outstanding musculature, they lack the sheer weight of a draft horse.

As a result, we can deduce that a horse’s Horsepower changes depending on its size, body weight, the muscular mass, and fitness.

What Is the Horsepower of Workhorses?

Among the other breeds, workhorses are said to be the most powerful. The horses’ horsepower has been determined with the performance of workhorses in mind. As a result, the workhorses’ maximum output is 15 horsepower.

Let’s compare the horsepower of a horse to that of a human for a better understanding. When it comes to completing things that need more strength, humans lag significantly behind horses. A healthy, physically active human has five horsepower, while a horse has over 15 horsepower. As a result, horses are capable of outperforming humans.

Even if a horse’s horsepower is three times that of humans, humans have greater endurance. Sprinters are horses who travel quicker and carry more for a shorter time. Humans have been shown to have more endurance and the ability to go longer distances than horses and even cheetahs.

Horsepower Is Affected by A Variety of Factors.

Horses have more horsepower than humans, and only a few other animals are suited for such tasks. However, various factors influence a horse’s horsepower.

Horses aren’t built for hot climates because their large, wide bodies can’t handle the heat. When the temperature is between 18- and 59-degrees Fahrenheit, they feel more at ease executing difficult tasks. When the weather is bad, they may not produce more than 15 horsepower at a time.

The health of all mammals on the planet has a significant impact on their performance. Only a physically fit and healthy horse can keep up with fast speed.

Horses of some breeds are a little slower and weaker than their peers. They might not be able to meet their horsepower target. Racehorses and horses trained to operate in difficult environments are the exceptions. It’s a cliché to expect 15 horsepower from a pet horse.

Male horses are bigger and stronger by nature; thus, their propensity to execute something is significantly higher than female horses.

Horses who are considered underage may not operate with the same amount of horsepower as mature horses. Horses generally begin to improve their performance when they are two years old, and they reach their peak performance around the age of 4.45 years.

Hp is the abbreviation for horsepower, a power measurement unit.

What is the horsepower of a horse?

A horse’s maximum output is either 14.9 or 15 horsepower. This computation is based on the horsepower of all horse breeds, particularly workhorses.

What exactly does the term “horsepower” imply?

Horsepower is commonly misunderstood to represent “the power of a horse,” although it is a name given to the power measurement unit by Watt.

How Many CC’s are in One Horsepower?

In general, one horsepower equals 14 to 17 cubic centimetres. The most popular definition of horsepower is 15 cubic centimetres, while the entire answer is complicated. Different parameters, such as engine tune, size, fuel, and boosting, will affect the price.

Is one horsepower the same as a horse’s power?

How Much Horsepower Does a Human Have?

A healthy human can create roughly 1.2 horsepower on average in a brief increment. A human can keep 0.1 horsepower for an endless period of time.

A human can create 0.27 horsepower on average. An extremely fit athlete can generate up to 2.5 horsepower in seconds. The amount of horsepower a person has varies depending on their fitness level and the type of physical activity.

Is it true or that horsepower means the power of a horse?

No, horsepower is a unit of output measurement that has nothing to do with horsepower. Instead, it’s used to gauge how much work a horse can put in while completing a torturous duty. 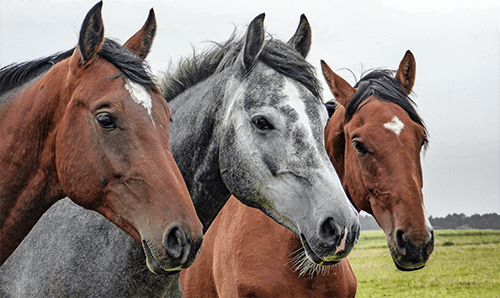 As we’ve seen, horse horsepower refers to the amount of labor a draught horse can do in a single day. Our modern-day riding horses are unlikely to be this powerful; hence our horses are probably less than one horsepower!

Horsepower is the unit of power. This unit was invented by James Watt, who compared the powers of the steam engine and workhorses. Moreover, it can also be used to calculate the power of electric and mechanical motors.

A horse’s horsepower is 15 hp. This figure considers the horses that worked in the factories in the 18th century. Horsepower is a well-known output measurement unit used to assess the performance of equipment, vehicles, and horses.