How Much Silver In A Circuit Breaker? Detailed Answer 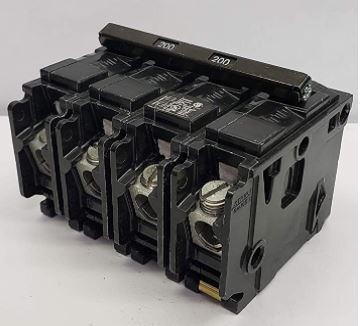 Breakers contain silver contacts but do not have as much silver as you might expect because copper components predominate. Electrical contacts include a lesser amount of silver than 100%. In addition, the silver purity in vintage circuit breakers ranges from 70 to 90 percent.

How Does a Circuit Breaker Work? 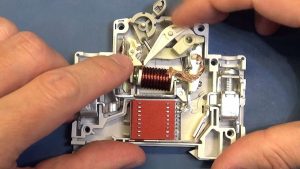 The fuse was the first protective device created. The first fuses were made of a short piece of silver wire that was placed in a holder and inserted between two connection terminals. In many nations, these re-wirable fuses are still in use. Overheating is prevented by the fact that silver wire melts more quickly than copper wire or wire insulation.

But whether the user replaces the silver wire after a fault using the proper cross-section depends on him. Even HRC fuses’ more sophisticated fuse cartridges can’t guarantee that the ideal replacement will be chosen in the event of a fault.

Another issue is that after a fuse trips, the installation isn’t immediately ready for use because the fuse needs to be changed, and possibly there isn’t a spare fuse available.

This fact has always caused problematic issues. Numerous attempts to create so-called “multiple fuses” were made before the development of circuit breakers.

Circuit breakers are primarily constructed on the inside of a pair of moving and fixed metallic contacts and an operational coil.

These contacts are in contact with one another in a closed circuit, allowing current to flow when the circuit operates normally. A spring or compressed air, for example, is one mechanism that applies mechanical pressure to keep these moving contacts together.

The circuit inside the circuit breaker opens as the moving contacts separate, stopping the flow of current and preventing further harm to the system.

You should also be aware of the meaning of the word “arc,” though.

An arc, also known as a plasma discharge, happens when an electrical current travels across an air gap from a neutral to an energized component. An example is when a cloud to the ground or another cloud is connected by an extended arc resembling lightning.

When circuit breakers are operating, arcing can also happen, which can damage the device and start fires if the arc is not controlled. It can also occur in household electrical wiring.

As a result, the circuit breaker’s mechanism also aims to minimize the possibility of generating these electric arcs.

How Much Silver Does a Home Breaker Have? 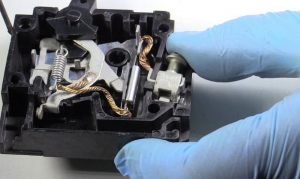 The scrap metal inside a typical double-pole circuit breaker may cost $0.20 to $0.40. The amount of silver you receive is essentially just one gram. The estimated mount of money you can make per breaker depends on the scrapyard, but remember, this very value is for only standard circuit breakers.

However, you can determine the precise amount of silver in a breaker if you desire. Disassemble it and separate the various metal components you’ll find inside. You can break it with a hammer or hand drill, but be careful! Always wear personal protective equipment when using breakers because they contain hard plastic and metal parts that could fly apart when you strike them.

Once the breaker has been broken up, use a powerful magnet to retrieve the metal components. Although copper is easily identified thanks to its distinctive color, you must learn to tell the silver pieces of the breaker apart from the aluminum ones.

The silver pieces fastened to the contacts may need to be heated and softened using a torch. When they become sufficiently pliable, you can pull them apart using two pairs of pliers. You can weigh them after separating them to determine how much silver was taken from the old breaker.

Since most scrapyards do not accept or buy breakers, you might have to do this if you want to sell the parts of your old breaker to one. This is due to the low value of circuit breakers as scrap.

But make sure your old breaker is broken before you start banging on it. Even used functional circuit breakers are more valuable. You can sell it to electronic equipment refurbishes or have them repair it even if it has minor damage.

It is crucial to remember that there is always a chance of accidents caused by electric shocks, which can occasionally be fatal when working with electricity. As a result, you should always be aware of the following security precautions.

At least once per month, check the functionality of your home or business CB. No matter the brand or country of origin, all circuit breakers have a test button for this. It is damaged if the button doesn’t cause the lever to move.

Never Use Wet Hands or Feet to Turn a Switch or Operate an Electrical Appliance.

You can determine whether a damaged circuit breaker has value by calculating the amount of silver it contains. You now know that you have two options for your breaker: you can either bring it to a business that will refurbish it for a new life or remove the silver and other metals from it.

Do you believe recycling your outdated, damaged circuit breaker is worthwhile now that you know how much silver is contained therein? Share your thoughts in the section below! He will also provide a more thorough explanation of how silver differs from other metals in terms of color.