How Small Can Integrated Circuits Get? 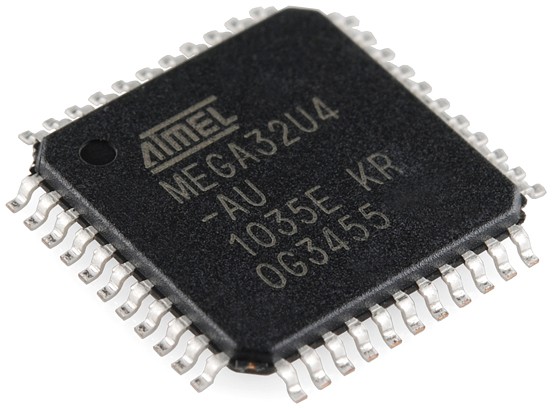 The size of an integrated circuit, in nanometers (nm), is measured from the top surface of the silicon chip, where connections are made to the outside world, down to the bottom of the silicon base.

As of the last quarter of 2022, the smallest size of IC measured 3nm. However, there are rumors that the 2-nm chip is at the development stage.

How big is a nanometer? We can use human hair to give you a clearer perspective on the size of a nanometer. The general size of a strand of human hair is 2.5 nanometers. nanometers that the hair can be larger than some ICs.

What IC manufacturers focus on when making small ICs

The silicon process technology is the method used to create a chip, which includes how the silicon is made into wafers, the use of chemicals and gases, and the equipment used to process the silicon.

As silicon transistors become smaller, they consume less power and are able to handle higher frequencies. The layout design of the circuits on the silicon is a combination of design, fabrication, and testing that determines where and how transistors, resistors, capacitors, and other components are placed on the silicon.

Achieving a denser design by putting more transistors on a chip means a smaller circuit.

The packaging materials used to protect the chip from the outside world include things like epoxies, alumina, and other materials that are used to encase the chip so that it can be soldered to a printed circuit board (PCB) and placed inside a product. Making sure the chip is properly packaged ensures that it works correctly and for a long time.

What are the benefits of having small IC?

Smaller ICs have a number of benefits. They use less power, which reduces the amount of heat they produce.

This means they can be placed in smaller and cheaper packaging, such as plastic surface-mounted devices (SMD) and flip-chip BGA devices. They can also be placed in places that were not previously possible, such as inside batteries, solar cells, and hearing aids.

Smaller ICs also allow us to put more functionality in a given space, such as in smaller phones, watches, smart speakers, and sensors.

Smaller ICs are being used to push the boundaries of what is possible. For example, some microprocessors now have billions of transistors in one device. Yet, these processors can be cheap and can fit in places that were unthinkable just a few decades ago.

In the early days of integrated circuits, experts predicted that circuits would become smaller every decade or so. In fact, the number of components that could be placed on a chip doubled about once every year for the first decade or so of IC production. This remarkable trend was known as Moore’s Law, named after Intel co-founder Gordon E. Moore.

As the number of transistors on a chip continued to increase, it became increasingly difficult to reduce the overall size of the silicon chip.

Still, while Moore’s Law may not be a constant, engineers have found ways to reduce the size of silicon chips, making them smaller and cheaper over the years.

What Can Smaller Silicon Mean For Consumers?

Smaller ICs have helped lower the cost of computers, smartphones, and other electronic devices. They have also helped increase their portability and improved the quality of images that can be displayed on TVs and computer monitors.

While the shrinking world of silicon is good for manufacturers, it is also good for consumers. As silicon devices continue to get smaller, they will cost less and be easier to transport, which will likely lead to more people owning devices such as computers and smartphones.

Smaller silicon devices will also likely be better at performing tasks, such as processing images, since they will be able to do more with less.

There are two main strategies that can be used to shrink silicon circuits, which are making transistors smaller and packing more transistors into a given space.

Making transistors smaller is not easy, since they are the smallest parts on a chip. Making them smaller requires new techniques, such as the use of extreme ultraviolet light to etch silicon, or the use of new materials, such as graphene, to build transistors and other components.

Packing more transistors into a given area is the next logical step. This can be done by densifying circuit layouts.

Alternatively, more silicon wafers can be used to pack more circuits onto a single chip.

How to buy small IC in China

Chinese manufacturers have been making smaller and smaller silicon circuits for years. When buying small ICs, such as microcontrollers, a microprocessor, or a digital signal processors (DSP), the best advice is to buy what you know.

There are so many ICs on the market that it is easy to get lost in all the choices.

Make sure that the chip you purchase is suitable for the application you have in mind and has the features you need, such as the amount of memory, clock speed, and number of inputs and outputs.

You can also use an online tool, such as Silicon Explorer, to compare different silicon chips. When buying ICs from China, it is important to know what you are getting. The best way to make sure you get the IC you want is to work with a trusted supplier.

You can also check the company’s website to make sure that it has the right certifications and licensing.

By buying from reputable IC distributors in China, you will be sure of ending up with a perfect chip that will meet your ultimate electronic needs.

Integrated circuits have been shrinking for decades as engineers find new ways to make them smaller and cheaper.

This incredibly shrinking world of silicon has led to lower costs, better functionality, and more convenience.

It has also helped advance medical technology and enabled smaller devices, such as computers, smartphones, and TVs. Silicon will likely not be able to be scaled down.

And, would you like to buy small-sized ICs in China?

Let ICRFQ be your partner.

We are a reputable supplier of integrated circuits in China.