How To Tell If A GFCI Breaker Is Bad? Best Guide 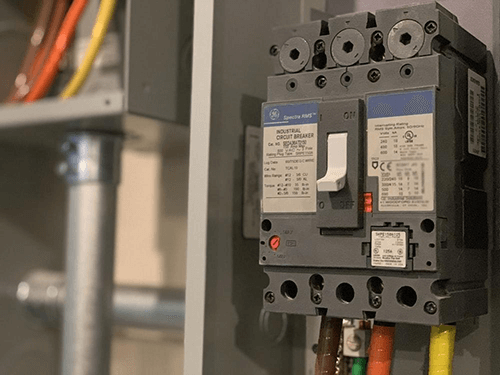 When you’re troubleshooting electrical problems in your home, it can be hard to know where to begin. It can seem like there are a million different things that could be causing issues, and coming up with a plan of attack can be difficult. However, electrical issues tend to have a few common denominators in homes. It’s not uncommon for ground fault circuit interrupters (GFCIs) to go bad. They’re designed to trip when they detect an imbalance of voltage between the neutral and ground wires in an electrical outlet or panel.

A GFCI will also trip if there is too much current flowing through the ground wire. Either way, tripping the breaker is good because it prevents you from getting electrocuted—or worse! In this blog post, we will tell you how to know your GFCI is bad.

Signs of a Faulty GFCI Breaker

If you notice any of the following issues, you may have a bad GFCI circuit breaker.

– There is an abnormal amount of sparking or flickering lights in your home. – You have a strange buzzing or humming noise that comes from nowhere.

– You notice that a lot of your electrical appliances are not getting power.

– You notice a lot of blown breakers.

– Your electrical appliances are overheating.

– You have a bad smell coming from your electrical outlets. If you notice any of these issues, it’s a good idea to have your electrical system inspected by a professional.

Check your outlets with a circuit tester

If you’ve verified that the breaker for the GFCI is on and the outlets connected to it are dead, you’ll want to move on to the circuit tester next. A circuit tester is basically a specialized voltmeter that can tell you whether there is power flowing through a wire.

If the neutral and ground wires going into the GFCI have power, that indicates that the GFCI is functioning correctly. However, it doesn’t necessarily mean that there isn’t an issue with the GFCI.

Step 1: Analyze the power situation in the house

Step 2: Test to see if the button is working

If the GFCI is working correctly, but the circuits connected to it are dead, there could be an issue with the wiring feeding the GFCI. To fix this, you’ll want to follow the wiring back to its source. When you reach the source, you’ll want to check that the wiring is intact and that the connections are secure. I

Is it common for GFCI breakers to go bad?

How do you fix a GFCI breaker that won’t reset?

If you’ve tested the GFCI and found that it seems to be functioning correctly, but the breaker for the GFCI is off, you’ll want to check the wiring feeding the GFCI. If the wiring is intact and secure, you may want to replace the GFCI.

When replacing a GFCI, you’ll want to make sure that you’re installing the same kind of GFCI breaker. Different types of GFCIs have different ways of functioning.

You don’t want to ignore electrical issues in your home. Electrical problems can be extremely dangerous, and they can often be easily avoided. When you encounter an electrical issue, it’s important to know where to begin. If a GFCI breaker keeps tripping, it’s a good idea to investigate the cause. You may find that the problem is relatively simple to fix. You should also consider buying a quality GFCI circuit breaker to replace the bad one.