Inductors vs Capacitors: What Is the Difference?

This post outlines the main differences between inductors and capacitors. Features such as fundamental definitions, physical properties, type of storage, the relationship between voltage and current flow, and applications are considered.

A capacitor is an electrical device used to regulate the current in a circuit. In some ways, a capacitor functions similarly to inductors and resistors. However, a capacitor is designed to store energy and preserve circuit voltage, unlike resistors that dissipate current. Capacitors have an electric field that stores energy.

Capacitance is achieved when a material that conducts electricity is separated using an insulator. Every capacitor is designed with an electric field that aids in storing energy. A capacitor gains and supplies energy through charging and discharging, respectively. A capacitor can be charged by connecting it to a battery source. The voltage from the battery initiates a flow of current that delivers an electric charge to the capacitor. As the charge accumulates, voltage is created across the capacitor. The voltage in the capacitor increases while the current through the circuit decreases. The charged capacitor can act as a voltage source when connected to a resistor since it has stored energy in its electric field. The energy can be converted into an electric current.

The capacitance of any given material is a crucial circuit-design metric because it affects the rate at which current or voltage changes when the capacitor is charged or discharged. The term higher capacitance is used to refer to a situation where the voltage across a capacitor increases during charging and reduces during discharging. In both cases, an increase and decrease in voltage have to happen slowly. 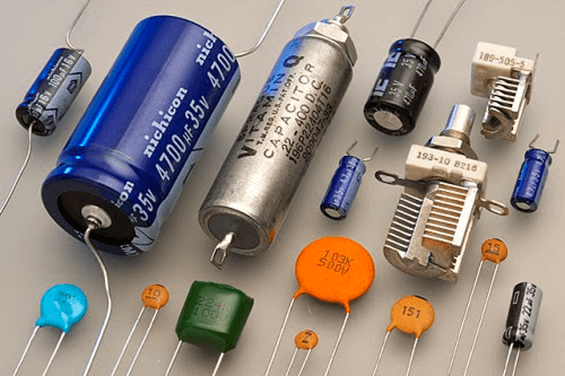 When manufacturers incorporate capacitance in a system, they first need to identify a capacitor with the right capacitance value. A capacitor that has higher capacitance will store large amounts of energy per charge. Capacitance is quantified using farads or coulombs per volt.

Inductors are also electrical units used to regulate the change in current in a circuit. They can also be used to alter frequencies in a circuit. Unlike capacitors that store energy in an electric field, inductors use an electromagnetic field to store energy. This field preserves energy across the circuit.

If you already understand how a capacitor works, it is easier to know more about inductors since inductance and capacitance are very similar, though they work in opposite directions. For instance, a capacitor uses an electric field to store energy, while an inductor relies on a magnetic field to store energy. Secondly, a capacitor experiences an increase in voltage and decrease in current when connected to a battery. On the other hand, an inductor experiences an increase in current and decrease in voltage when connected to a voltage source. The rate of charging and discharging in an inductor is regulated by the RL time constant, which is the quantity of inductance multiplied by the resistance.

When an inductor is disconnected from a voltage source, it maintains current temporarily. In other words, an inductor resists changes in current. Accordingly, all materials that conduct electricity have inductance.

One of the simplest ways of designing an inductor is by coiling a wire around a ring-shaped conductor. This method strengthens the magnetic field and increases inductance. The diagram below shows an inductor with a concentrated magnetic field. 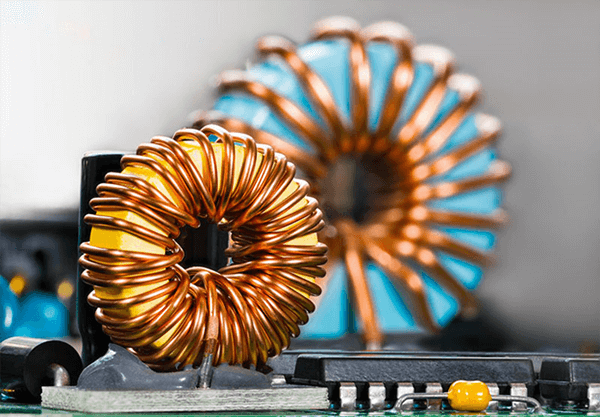 Inductance is the measure of voltage amounts an inductor generates due to changes in charge movements through the inductor. The unit is quantified using henry.

The Main Differences Between Inductor and Capacitors

Capacitors are made with two conducting plates separated using a dielectric material, which functions as an insulator. Some of the types of capacitors include electrolytic capacitors, ceramic capacitors, and tantalum capacitors.

An inductor is designed by coiling a wire around a core material. Some types of inductors include RF inductors, coupled inductors, multilayer inductors, and molded inductors.

The energy stored in a capacitor is quantified in terms of voltage. This voltage is measured as the difference in the potential energy between the two plates separated by a dielectric material or insulator. The plates and air gap create an electric field that stores energy, resulting in resistance to voltage changes. When connected to a voltage source, charges accumulate on the capacitor. This means that current cannot go through the plates, and voltage change is rare and gradual.

Capacitors are commonly used in high-voltage power units to filter out noise. This is mainly because they can work more effectively at high frequencies. Capacitors can also be used in applications that require large power levels and capacitance. Lastly, they are used in electronics that function with oscillating signals.

On the other hand, inductors are primarily used in electronic devices and appliances such as TVs, radios, and mobile phones.

If you are planning to purchase Inductors Vs Capacitors, contact us at ICRFQ, we are the best manufacturers of such electrical components you will find in China.