Inductors vs Transformers: What is the difference

Inductors and conductors are vital electronic components. Even though they look similar, they are very different. In this article, we are going to break down the differences between inductors vs transformers.

What is an inductor?

An inductor can be used to store energy in a circuit because of its electric and magnetic fields. When current flows through an inductor, energy is stored in its magnetic field. When a circuit with an inductor is opened, energy flows back into the circuit as current, thus giving it a spike in voltage.

What is a transformer?

A transformer is a device that transfers electrical energy from one circuit to another. A transformer has two windings of wire that have different magnetic fields. The current flowing through the windings creates a magnetic field around the transformer, which is used to change the voltage in the other circuit.

The main difference between inductive and transformer circuits is that transformers can be used with AC (alternating current), while inductors cannot.

Inductors can be divided into different types:

These are a class of transformers where the primary winding is composed of magnetic materials. These materials are usually iron-based, such as iron powder or ferrite.

Non-magnetic inductors are used in applications that require low current or low power. They have lower efficiency than their magnetic counterparts.

These are used in applications that require high efficiency.

In order to get higher efficiency, helical forms of inductors are more preferred over coil form of inductors because they have lower winding losses, higher voltage rating, and better ripple rejection capability.

The most common types of transformers include 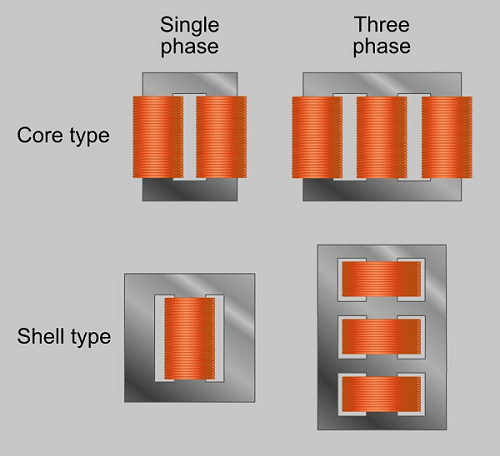 -Single-phase transformers: These are used in applications where low power and low current is required.

-Three-phase transformers: These are used in applications that require high power and high current.

–Step-down transformer: These are used in applications that require high power and low current.

-Step-up transformer: These are used in applications that require high power and high current.

Can I use an inductor as a transformer? 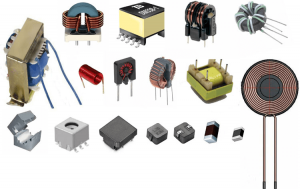 No. Inductors are not suitable as transformers, because they only work with AC current.

Inductor and transformer are both used to transform the voltage of one circuit to another.

In order for an inductor to be used as a transformer, it must be able to carry the same amount of current that the circuit is designed for. If it does not have enough current capacity, then there will be a voltage drop across the inductor, which will result in an increase in resistance in the circuit.

When buying inductors and transformers, there are several factors that you have to consider.

-Core material thickness:The thicker the core material, the larger the diameter it will take to fit  into a given housing. The lower the thickness, the smaller the required diameters.

-Inductor to core coupling capacitance: This governs the amount of stray capacitance that can be added to the inductor or transformer without affecting the performance.

-Inductor to core coupling resistance: This governs the amount of stray resistance that can be added to the inductor or transformer without affecting the performance.

-Inductor tolerance: Inductors are precision parts and so it is important to make sure that you buy a quality product with good tolerances.

I hope that you now know the differences between inductors and transformers. And in case you want to buy one, just use the information in this guide.

Contact us and we will help to deliver quality inductors.