Everything You Should Know About Interface ICs? 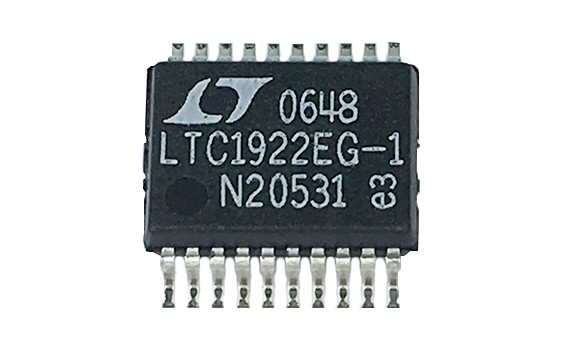 An interface integrated circuit (IC) is a small chip that is used to enable communication between two or more devices. It allows for interaction between separate components of a system, streamlining the process and reducing the number of connections required. An interface IC can be found in almost any device that connects to another device. There are many different types of interface ICs available, each one having its own unique set of properties and capabilities.

Depending on your specific needs and budget, you will have to choose the right one for your application. Here’s everything you need to know about interface ICs

How do interface ICs work

Interface integrated circuits have different working mechanisms depending on their application.

Otherwise, the general working formula entails utilizing the electronic components in an individual IC to complete a connection.

For example, the interface that is used for data transfer will have a small pin that connects to the data line.

The IC will also have a pull-up resistor that can be used to complete the connection.

The capacitor is needed to store the energy of the signal and prevent any damage to the IC.

In addition, there may be an input buffer that is used to protect low-level data from being lost during transmission.

And when it comes to the interface for power, it will have key components that will make it possible to execute a smooth connection of power. For example, the IC will have a transistor that can be used to complete the connection.

How do I use an interface IC?

Using interface ICs is as simple as plugging them into your desired devices and placing them in your circuit board or motherboard.

If you’re using an application where you need to transfer data from one device to another, you will need at least two interface ICs: one for each device that needs communication.

You must also add power and ground connections for each device in order for it to function properly. Whichever type of interface IC you choose, make sure it has all the necessary components and functions for your application.

What are the uses of interface ICs?

Here are some of the most common applications of interface integrated circuits in modern electrics.

Interface integral circuits are used in applications where data conversion is necessary. It converts analog signals to digital or vice versa. An interface IC can be used to convert the TTL (Transistor-Transistor Logic) signal to CMOS (Complementary Metal-Oxide Semiconductor) signal. It can also be used for analog-to-digital converters which are found in many devices today.

Interface ICs are also used for transmitting data between two or more devices. One of the most popular uses of these chips are the USB ports which are present in almost every computer and some other electronic devices such as printers, scanners, etc.

Data synchronization is another important role of interface ICs that they perform very well. For example, an interface IC can be used to synchronize the data between two computers or printers using RS232 protocol. The chip can also synchronize the data between two video cards using a DVI (Digital Visual Interface) cable. In a computer system, synchronization allows different components like hard disk drives, processors and memory chips to work together at high speeds without errors occurring due to mismatching clock frequencies or latencies among them.

For a device to communicate with another device it needs some way by which it recognizes where its own data ends and where the other device’s begins. This is called Data Demarcation and it is performed by an interface IC by providing a separate set of control signals for data and clock.

This is the process of adapting the signal to the required electrical specifications. The incoming signals are converted to a required voltage, frequency, and digital format.

This is the process of generating a clock signal that is compatible with the other components. This ensures that all signals are at their correct timing and frequencies.

This is a process of connecting the outputs of multiple components to the inputs of the components. This is done to ensure that the signals are processed in such a manner that they do not interfere with each other.

This is a process of keeping track of which components are currently active and which ones are inactive. It also keeps track of how many bits remain to be transferred from one component to another. This ensures that there is no loss or corruption of data at any point in the system.

Reduces the number of connections required

Interface ICs are very efficient in terms of how many connections they require to connect various components. For example, a simple logic gate requires at least four connections to function.

But with a digital interface IC, only two connections are required which saves the time taken in connecting and disconnecting the inputs and outputs of transistors.

One of the major advantages of using interface ICs is that they can be used to automate circuit designs. This is because the data flow from the inputs to outputs are automatically processed through a series of logic gates, resulting in the desired output.

The reliability of an electronic system depends on how many components it uses and how many connections they make between each other.

By using an interface IC, it is possible to detect errors in the circuit by observing the output. For example, if there is no data being sent to the output port of a logic gate, it will not be able to pass any data through it.

There are many different types of interface ICs available. Their properties and capabilities vary according to the type of IC being used. Here are some of the most common types of ICs:

– Analog-to-digital converters (ADCs) – This type of IC converts analog signals into digital signals. It is used in applications such as audio, video, and data communication.

– Digital-to-analog converters (DACs) – This type of IC converts digital signals into analog signals. It is commonly used in audio and other applications where a continuous time varying signal is required.

– Data separators – These ICs are used to separate data from a bus and to synchronize the data to the clock. They are used in applications such as computer peripherals and communication systems. – Bus transceivers – These ICs are used to connect two devices as if they were on the same network. They are commonly used in computer peripherals and communication systems.

USB interface ICs are used to connect devices with each other over a single cable.

They are commonly used to connect computers with other devices such as printers, keyboards, mice, smartphones, etc.

– S-shaped interface – This type of IC is used to connect downstream USB devices to host systems with an S-shaped cable. It includes a single-ended signal path that connects the data lines D+ and D-.

– U-shaped interface – This type of USB IC is connected between a host system and an upstream USB device. It includes a differential signal path that connects the data lines D+ and D-.

– C-shaped interface – This type of USB IC is used to connect a host system to both downstream and upstream USB devices. It includes a single-ended signal path that connects the data lines D+ and D-.

The ICs that are commonly used for serial technologies include the following:

RS-232 interface – This interface integrated circuit is a commonly used serial interface. It is used to transmit data between two devices, such as computers and printers.

– Bluetooth – The Bluetooth interface is a short-range radio interface. It is commonly used to connect devices such as computers, smartphones, and tablets.

– Zigbee – The Zigbee interface is a short-range radio interface. It is commonly used to connect devices such as appliances and sensors.

– WiFi – The WiFi interface is a short-range radio interface. It is commonly used to connect devices such as computers, smartphones, and tablets.

– WLAN (Wireless LAN) – The WLAN interface is a short-range radio interface. It is commonly used to connect devices such as computers, smartphones, and tablets.

How to choose the right interface IC?

There are many different types of interface ICs available. To select the right one for your application, you will have to consider a few different factors including:

We have discussed the various uses of interface ICs and each application area requires a special IC. So, the first thing that you need to do is to decide on the type of application that you will be using the interface IC for.

This will help you to narrow down your selection and make the task of choosing the right IC much easier.

Specifications of the IC

You should also be sure about the specifications of the interface IC before you buy. This will help you to choose the right IC for your application.

The specifications of a particular interface chip include some basic information such as:

– Number of channels supported (e.g., 4). Some chips support more channels than others; this is especially true with multi-channel chips like those used in wireless devices such as routers/gateways/wireless access points/wireless repeaters etc.

Price  of the interface IC

The price of the interface IC is another important factor that you need to consider. The price will vary depending on the type of IC, manufacturer, and model.

The availability of the IC is another important factor that you must consider. You should be sure that the IC is available in stock before you buy it and if not, then it will affect your business negatively.

Even after considering all the factors, we have mentioned, ensure that you get your interface integrated circuit from a reputable manufacturer or supplier.

You can also check out the reputation of the manufacturer by surfing through their review websites.

You can also compare them with other manufacturers and suppliers in terms of customer feedback, reviews, and ratings.

Meanwhile, we at ICRFQ can make things easier by checking out the manufacturers on your behalf.

We are a reputable sourcing agent for electronic components in China.