We will go over the features and applications of the KA34063A, a monolithic regulator sub-system built for use as a DC to DC converter. High current output switching, a driver, and a temperature-compensated bandgap reference are all made into this single device. It can function as a series pass regulator, a step-down regulator, a step-up regulator, or an inverting switching regulator. Let’s get some background on SMP first so we know what we’re talking about.

What Is SMPS Controller?

The hypothetical perfect switched-mode power supply doesn’t waste electricity in the operating process. The ratio of on time to off time can be adjusted to regulate the voltage (also known as duty cycles). In contrast, the output voltage of a linear power supply is maintained at a constant level by the continuous loss of power that occurs in the pass transistor. A significant benefit is the increased electrical efficiency of the switched-mode power supply.

As a result of the much-reduced size of the transformer required for switched-mode power supplies, these supplies can also be far more compact and lighter than linear supplies. This is because it runs on a high switching frequency that can range anywhere from several hundred kHz to several MHz, far higher than the mains frequency of either 50 or 60 Hz. Despite the smaller size of the transformer, commercial designs typically have a power supply topology that requires electromagnetic interference (EMI) suppression, which results in a necessity for a significantly higher component count and a correspondingly more complicated circuit.

When smaller size,  more efficiency, or lighter weight are required, switching regulators are utilized in place of linear regulators as alternatives. However, they are more complicated; switching currents can generate electrical noise problems if not carefully suppressed, and simplistic designs may have a low power factor. These issues can arise if the switching currents are not well managed.

In a linear power supply, also known as a non-SMPS, the desired output voltage is achieved through the employment of an ohmic regulator, which results in the loss of power (e.g., in a resistor or the collector-emitter region of a pass transistor in its active mode). A linear regulator can regulate either the output voltage or the output current by dissipating the electric power in the form of heat. As a result, the linear regulator’s power efficiency is at its highest when measured in terms of the voltage difference between the input and output.

In contrast, a switched-mode power supply (SMPS) modifies the output voltage and current by rapidly switching between electrical configurations that ideally involve lossless storage devices like inductors and capacitors. To be efficient, converters need flawless components, such as switching elements that have no resistance while “on” and no current when “off” (i.e., all input power is delivered to the load; no power is wasted as dissipated heat). Even though a switching power supply is not perfect since perfect components do not exist, it is nevertheless much more efficient than a linear regulator.

When a square wave drives the switch, the peak-to-peak voltage of the waveform, as measured across the switch, can be greater than the input voltage from the DC source. This can happen if a DC source, an inductor, a switch, and the matching electrical ground are connected in series. This is because, when the switch is open, the inductor adds to the source voltage by generating a voltage proportional to the current change. By connecting a diode and capacitor in series with the switch, the peak voltage can be captured and stored, and the capacitor can then be used as a DC source whose output voltage is higher than the DC voltage driving the circuit. This boost converter amplifies DC signals in the same way that a step-up transformer would. A buck-boost converter functions similarly but produces an output voltage with the opposite input voltage polarity. Alternative buck circuits can increase the typical output current while lowering the input voltage.

In a switched-mode power supply (SMPS), the output current flow is affected by the power signal input, the circuit topology, the storage elements, and the driving pattern (such as pulse-width modulation with an adjustable duty cycle). The energy in these switching waveforms is most concentrated at higher frequencies. Since this is the case, a tiny LC filter can be used to remove switching transients and ripple from the output waveforms.

Since we have a better grasp of an SMP controller, let’s move on. 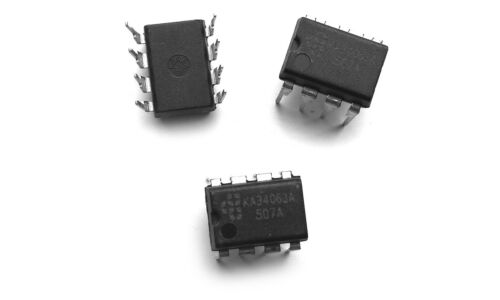 We appreciate you taking the time to read this and wish you the best. Please feel free to ask any questions you may have about this article or any other article on our website by using the comment area below.