Everything You Need To Know About Laser Sensor 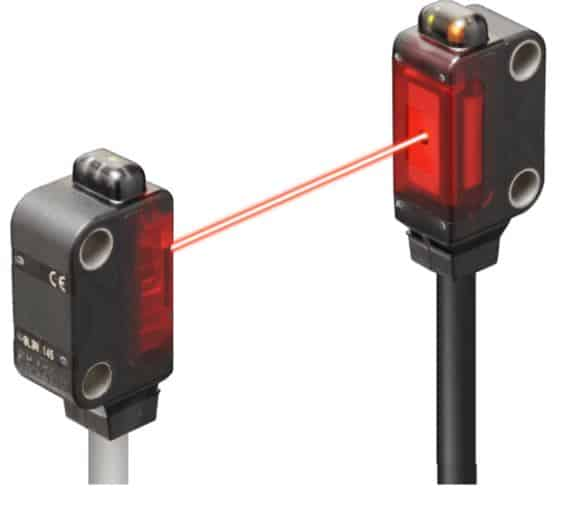 A laser sensor is a device that uses lasers to measure distances, detect objects and monitor movements. It can be used for various applications such as range finding, speed detection, collision warning and environmental monitoring. Laser sensors are used in a variety of fields ranging from industrial automation to medical imaging.

In this article we will discuss the different types of laser sensors, their features and benefits, and applications.

We will also give you tips on how to buy laser sensors and their respective components, including on how to choose the best laser sensor suppliers in China.

Understanding the basics of laser 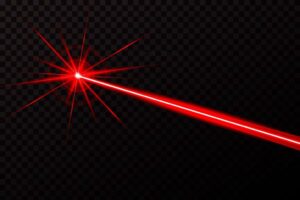 We can define a laser as a focused beam of light. This beam of light is highly focused and can be accurately pointed in one direction. It is generated by a laser source, which can be an optical amplifier, solid-state laser diode or gas laser.

Laser light is monochromatic and has many properties that make it suitable for use in sensors. The beam is directed towards an object or surface, which reflects a portion of the beam back towards the sensor. The time taken for the light to reach and return from the object is used to calculate its distance from the sensor.

A laser sensor on the other hand is designed to detect this reflected beam and measure the time taken for it to return. It then uses this information to calculate the distance between the sensor and object.

Before we even look into the details of laser sensors, let’s discuss major pros of lasers.

Laser beams are considerably brighter than traditional light sources, and as such they can be used to measure distances over longer distances.

Due to their highly focused nature laser beams are ideal for accurately measuring small distances between objects. This makes them perfect for use in applications requiring high levels of accuracy.

Laser beams require much less energy to generate than traditional light sources, making them ideal for use in battery powered systems.

Due to their highly focused nature laser beams can cover long distance if all the conditions allow. They can also penetrate different obstacles and it is easy to extend the range of the beams.

When it comes to the frequency of the beam, laser beams are much lower than ordinary light. This is a major advantage because it reduces the possibility of interference from surrounding sources.

Laser beams is used in many different applications and for different purposes. They are used for measuring distance, length, thickness, speed, and much more.

These are just some of the advantages of laser sensors. As you can see they offer a wide range of features and benefits that make them suitable for a variety of applications. Now let’s look into the different types available on the market.

Although there are different types of laser sensors, there is a general principle that guides how they work.

Let’s start with the laser source. As mentioned earlier, this is an optical amplifier, solid-state laser diode or gas laser that generates a beam of light. This beam of light is directed towards an object or surface which then reflects it back to the sensor.

The time taken for the light to reach and return from the object is then used to calculate its distance from the sensor. It is important that the laser beam is highly focused and accurately pointed in one direction for this process to be successful.

Once the data has been collected it can then be used by an external system or device which will interpret the results, providing you with accurate information about distances between objects or surfaces.

Laser sensors come in a wide range of shapes and sizes, and can be used for various different applications.

Let’s look at some of the main types in the market.

As we have discussed, one application of laser sensor is measuring distance. And this is where the relevance of laser distance sensor comes in.

These sensors are ideal for applications where you need to measure the distance between two objects or surfaces. They can be used in a variety of scenarios from measuring distances in industrial settings to medical applications such as heartrate monitoring.

They are based on the Time-of-Flight (TOF) principle, which measures the length of time taken for a laser beam to reach and return from an object. This time can then be used to calculate the distance between the two points.

Another type of laser sensor is the laser scanner. These sensors are specifically designed for scanning objects, surfaces or environments.

They work by using a rotating mirror to direct the laser beam in different directions. As the beam moves, it is able to measure points along its path which can then be used to map out the environment or object being scanned.

These sensors are ideal for applications such as 3D printing, robotics, autonomous vehicles and many more.

Another type is the laser displacement sensors. These are similar to laser distance sensors, but they use a different principle known as the triangulation method.

This method works by measuring the angle between two points in order to calculate the distance between them. This allows for more accurate measurements than traditional methods and can even be used to measure surfaces that have an irregular shape.

These sensors are ideal for measuring displacement and vibration in industrial environments.

As the name suggests, these sensors use laser beams to project an image onto a surface. This type of sensor is often used in industrial applications, such as measuring distances or tracking objects. The working of laser projectors is simple and direct. First, a laser beam is projected onto a surface. The laser beam is then reflected back to a receiver. The receiver measures the amount of time it takes for the laser beam to return and then calculates the distance from the surface. This data can be used to measure the size or shape of an object, as well as its location in space.

A laser level sensor is a device that uses laser beams to measure the level or elevation of a surface. This type of sensor is often used in construction, surveying, and other industries that require precise measurements. This data is then used to calculate the exact level or even elevation of the surface. This data can then be used to measure the height of buildings, objects, or other surfaces.

A laser positioning sensor is a device that uses laser beams to measure the position and orientation of an object. This type of sensor is often used in industrial applications, such as in robotics or automation systems. This data is then used to calculate the exact position of the object. This data can then be used to control robotic arms or other automated systems.

A laser edge detection sensor is a device that uses laser beams to detect the edges of an object. This is an important sensor because it can be used to measure the exact size and shape of the object, as well as its position in space.

So, which type of laser sensor are you intending to buy? You can even talk to the manufacturer and request for sensors  that are specifically designed for your application areas.

Laser sensors are a type of optical sensor which uses a laser beam to measure the distance between two points.

The sensor is typically used for precision measurement and has applications in a wide range of industries, including robotics, military, automotive, medical, and consumer electronics.

Robots are increasingly being used in a wide variety of industries, from manufacturing to space exploration. Laser sensors are used to measure the position and orientation of robots in order to make precise movements. These sensors can also be used to detect obstacles and other objects in the environment, allowing robots to navigate around them safely.

Laser sensors are used in military applications to detect and track targets. These sensors can detect movements, such as aircraft or ships, and can be used to guide weapons to their targets. Laser sensors can also be used to measure the distance between objects, allowing for accurate targeting.

The sensors are used in automotive applications to measure the distance between objects, such as vehicles or obstacles, and to detect movement. These sensors can be used to detect objects in the vehicle’s path, allowing for improved safety and navigation.

Used in road and railway construction

Laser sensors are used in the mining industry to detect the size and shape of minerals or ore deposits. These sensors can be used to measure the size of a deposit and to detect any movement in the deposit. This information can then be used to guide mining operations and to ensure the safety of workers.

How are laser sensors used?

We have already outlined various application areas of laser sensors, such as in automotive, industrial, and medical industries.

So, how are they used?

The sensors are usually integrated into other devices or machines. Let’s use an example of a laser sensor for robotics. It is usually mounted on the robot and used to detect obstacles, objects, and other surroundings. It sends out laser beams, which bounce off the object and then return to the sensor. This information is then used by the robot to make decisions about how to move or act.

Another example is in the medical field. The sensor is installed in a device such as

an endoscope, which is used to examine the inside of the body. The laser sensor sends out light pulses and measures how long it takes for the light to be reflected back. This information can be used to detect any irregularities within the body and help diagnose diseases or other medical issues.

Additionally, the sensors are customized to specific applications. For instance, a laser sensor used in industrial automation is designed to detect changes in the environment and provide feedback to machinery in order to optimize the production process.

Are you ready to buy laser sensors? It depends on what type of laser sensors you’re looking for and what you plan to use them for.

Start by knowing the type of sensoryou need, your budget, and what you plan to use them for. Research the available products that meet your needs and compare prices, features, and customer reviews.