Everything You Need to Know About Latching Relay 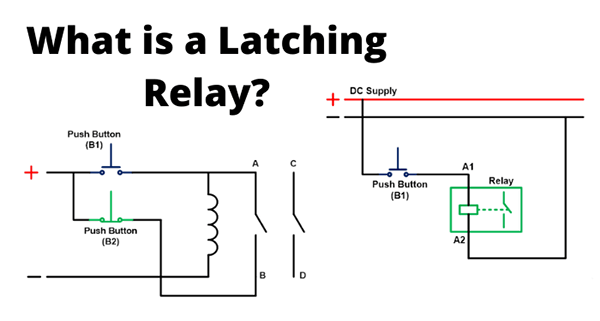 A latching relay is a device that helps in switching ON and OFF the circuit, depending on the input signal. It has two states i.e. open circuit state and closed-circuit state.

If you are keen to know more about it, then the article will tell you everything you need to know about latching relay.

What is a latching relay?

A latching relay is a control device that is used to control the circuit. It is a type of relay that has an internal mechanism that keeps the switch in an ON or OFF state after it has been activated.

Basically, a latching relay is a type of relay that has two states i.e. ON and OFF. 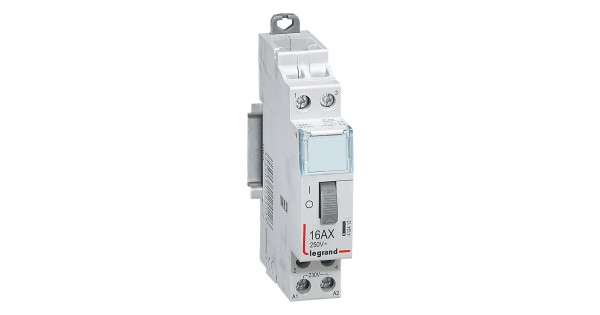 The latching relay is a little different from other relays. It has a separate lever for each contact and there are no coils to create the magnetic field.

There’s also a switch that you can use to turn off power to your motor if you want.

What are the components of a latching relay? 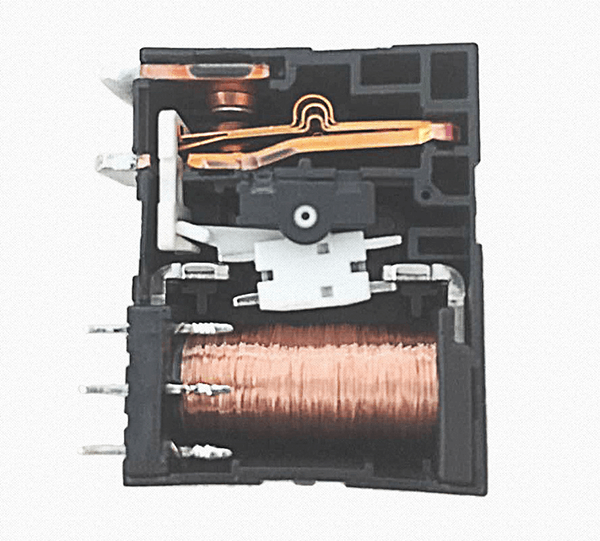 A latching relay is made of the following components:

Let’s look at the roles and functions of these components.

The coil is the heart of the latching relay. It is a type of inductor that is made of a coil of wire wrapped around an iron core.

The wire that is used to make the coil can be copper or aluminum (but not both). The wire can be solid or stranded and it can be insulated or uninsulated.

Coils are available in different shapes and sizes. For example, they can be round, rectangular, square, or D shaped, etc. The size of a coil depends on its amperage rating and voltage rating.

The relay contact is a switch that makes or breaks an electrical connection. It is made of two electrically conductive pieces called ‘contacts’ that are separated by a small gap.

When the relay coil receives current, the magnetic field pulls one of the contacts towards the other contact, thereby closing the circuit and making an electrical connection. A solenoid is another example of a relay contact.

The latch is a mechanical part that locks and unlocks the relay contact to make or break an electrical connection. It is made of two electrically conductive pieces called ‘levers’ that are separated by a small gap.

When the latch receives current, the magnetic field pulls one of the levers towards the other, thereby closing the circuit and making an electrical connection.

The holding magnet is a magnetic part that holds the relay contact closed. It is made of two electrically conductive pieces called ‘levers’ that are separated by a small gap.

When the holding magnet receives current, the magnetic field pulls one of the levers towards the other, thereby closing the circuit and making an electrical connection.

How does a latching relay work?

Here’s how a latching relay works:

When a motor starts up, it pulls current through its coils and energizes one of its latching relays’ set contacts. As this happens, a magnetic field is created around this contact. This field causes a moving magnet on the relay’s holding magnet to push against one of its levers and close the circuit between this set contact and ground (or another latching relay). The closing of this circuit completes a circuit between the motor and the relay, turning the relay on.

When the motor stops, its current stops flowing, the magnetic field is gone, and the set contact loses its magnetic attraction to its holding magnet. The holding magnet then pulls away from one of its levers and opens a circuit between this set contact and the ground. This completes a circuit that turns off the relay’s power to the motor.

A magnetic latching relay consists of a coil of wire wound around a core and moves when power is applied to it. When power is removed from the coil, it returns back to its original position. This type of relay is used in applications where a short circuit is not possible or considered dangerous. For example, this type of relay is used in mains-operated lighting systems and in battery-powered equipment that switches off automatically when the battery voltage drops below a certain level.

A mechanical latching relay consists of two plates that are held apart by springs or other means. When power is applied to the latching relay, one plate moves towards the other plate until they touch each other, closing the circuit.

When power is removed, the spring returns it to its original position. This type of relay is used in applications where a short circuit is possible or considered safe.

For example, this type of relay is used in mains-operated lighting systems and in battery-powered equipment that switches off automatically when the battery voltage drops below a certain level.

This is another type of relay that is used in applications where a short circuit is not possible or considered dangerous. The relay consists of a set of three or more coils arranged in a specific sequence.

When power is applied to the relay, the coils are energized in an order that depends on the input signal. The coils are then de-energized so they can be used again to energize other coils in the next set. This process is repeated until all coils have been energized and de-energized.

What is the difference between latching and non-latching relays? 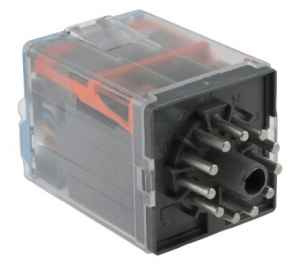 Relays come in two forms, some are latching while others are non-latching. What is the difference between the two?

Some benefits of latching relays include;

-It saves the conductors:

Because the relay is latching, it does not need to be reset. This saves the conductor in the device that needs to be controlled by a relay.

-A latching relay can be used without a load:

A latching relay can be used without needing to have any additional load connected. This means that if there is no load connected, the relay will not operate and therefore save power.

-It does not need maintenance:

Because a latching relay does not need to be reset for each use, there are no maintenance costs or time needed for cleaning and lubrication of the mechanical parts on the relays.

-It may also be more reliable:

Because the relay is not powered when it is not needed, it does not need an energy source to operate. This reduces the energy consumption of a circuit by a significant amount.

A latching relay has a mechanical system that protects it against accidental switching off, so there are no chances of accidentally tripping the relay when touching the terminals. Additionally, this mechanism makes the relay more robust, meaning that it will withstand mechanical shocks and vibrations better than non-latching relays do.

What are the applications of latching relays?

Latching relays are used for applications that require guaranteed switching of the circuit, as well as applications where a relay is needed to maintain a certain state.

Some of the devices that have latching relays include;

-Electrical switches (such as light switches or doorbells)

How do you reset a latching relay?

To reset a latching relay, you can either use the mechanical system of the relay or use a digital signal to reset the relay.

The mechanical system is used in some relays that have an internal mechanism that allows the relay to be reset. The way this works is by adjusting a screw in the mechanism, which will then release the spring and allow it to return to its normal state.

You can also use an actuator to reset the relay, which is a digital signal that resets the relay.

How do you replace a latching relay?

To replace a latching relay, you must first remove the old one, then place the new one in its place.

To remove a latching relay, you must first remove the electrical connection to it.

In some cases, you might need to use a tool to remove the screw that connects the two halves of the relay. After removing this screw, you can then separate both halves of the switch.

After separating both halves of your switch, it will become easier to take out your old part and replace it with your new one.

I hope you have learned vital lessons about latching relays, what they do and how they work. In case you would like to buy latching relays in China, let us help you. At ICRFQ, we are a reputable sourcing agent for latching relays for sale in China.