The LTM8023EV#PBF offers a comprehensive DC/DC step-down power supply at 2A. This bundle includes the switching controller, power switches, inductors, and all necessary components. The LTM8023 operates from a 3.6V to 36V input voltage range and has a single resistor for adjusting the output voltage (0.8V to 10V) and switching frequency (200kHz to 2.4MHz). Only sizable input and output filter capacitors remain. The low profile package allows for high-density PLR to be installed in the previously unused areas at the boards’ undersides. Thermally enhanced, compact, and low-profiling over-molded LGA and BGA packages for the LTM8023 are available that can be assembled automatically with common surface mount equipment. The LTM8023 is compliant with all RoHS standards.

Non-isolated step-down switching DC/DC power supply with the LTM8023. By using simply considerable external input and output capacitors, it can supply a DC output current of up to 2A. This module’s output voltage is finely regulated and may be adjusted from 0.8VDC to 10VDC using a single external resistor. There is a 3.6V to 36V input voltage range. Since the LTM8023 is a step-down converter, the input voltage needs to be able to handle the load current and output voltage you’ve set. The LTM8023 incorporates a power Schottky diode, power inductor, switching element, and input and output capacitance, all in a current mode controller. The LTM8023 is an analog PWM regulator with a fixed frequency. Setting the switching frequency is as easy as connecting the RT pin to GND with a resistor of the desired value.

The control circuitry receives electricity from an internal regulator. Suppose an external voltage source is attached to the BIAS pin and is greater than 2.8V. In that case, the bias regulator will switch to using that voltage rather than the VIN pin as its power supply (regulates the output voltage). As a result, productivity rises. The LTM8023’s output can be cut off, and the input current lowered to less than 1A by using the RUN/SS pin to put the device into shutdown. The LTM8023’s Burst Mode function kicks in automatically under low load conditions to further maximize efficiency. Between pulses, the input supply current is typically reduced to 50A by turning off all circuitry related to regulating the output switch. If the ADJ pin is at a low voltage, the LTM8023 oscillator will lower the working frequency.

The output current can be regulated with this frequency foldback during start-up and overload when the ADJ pin drops below 92% of its regulated value, and the LTM8023’s power good comparator trips. When the output is regulated correctly, an external resistor can pull the PGOOD pin high, as the PGOOD output is an open-collector transistor. Power is good if VIN is greater than 3.6V and the LTM8023 is turned on. 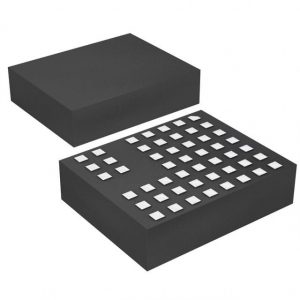 Additionally, ceramic capacitors have a piezoelectric property. The LTM8023’s switching frequency in Burst Mode operation is current-dependent and can get a ceramic capacitor excited at audible frequencies. During Burst Mode operation, the LTM8023 has a lower current limit; hence the noise usually is relatively low. Installing a high-performance electrolytic capacitor at the output can help mitigate this audible noise.

A 2.2 F ceramic capacitor and a low-cost electrolytic capacitor can be used in parallel as the input capacitor. In conclusion, the LTM8023’s maximum input voltage rating is something to keep in mind if you use ceramic capacitors. An under-damped high Q (tank) circuit is formed by a ceramic input capacitor and trace or cable inductance. The input voltage of the LTM8023 circuit can double from its nominal value if the circuit is hooked into a live source, potentially exceeding the device’s rating. You can avoid this by reading the advice in the Hot-Plugging Safely section.

The LTM8023’s average input current is considerably lowered, and the percentage of time it operates in sleep mode grows as the load current declines approaching a no load condition, leading to greater efficiency. By connecting SYNC to GND, the unit can operate in Burst Mode. To prevent accidental bursts of activity, you can stop Burst Mode by clicking SYNC to a stable voltage over 0.7V or synchronizing to an external clock. The SYNC pin must not be left floating.

The LTM8023 is an entire DC/DC step-down power supply with a current rating of 2A. Everything you need to start is here, from the switching controller and power switches to the inductor and mounting hardware. The LTM8023 can take an input voltage between 3.6V and 36V and produce an output voltage between 0.8V and 10V, with the latter’s switching frequency being adjustable from 200 kHz to 2.4MHz via a single resistor. It’s almost done; we need to add the large filter capacitors to the input and output to finish the design.

Because of the small footprint of the package, PC boards can better use the area at the bottom of their designs to implement dense point-of-load control.

Lastly for the purchase or when having any questions about LTM8023, contact us at ICRFQ, we are the best IC model distributors in China.