MCB vs RCBO: What’s the difference?

In low-voltage power distribution and protection, technology continues to advance. In the past 30 years, the installer had to decide on the size of fuse wire to utilize. They must now choose which MCB or RCBO to install, with more alternatives than ever before in terms of protection levels against the effects of an electrical fault.

These devices are typically found on distribution boards in homes, workplaces, and commercial buildings and are commonly employed in low voltage power distribution. The distinction between MCB and RCBO will be discussed in this post. So, take a cup of coffee, and let’s get this party started as soon as possible.

What is Miniature Circuit Breaker (MCB)? 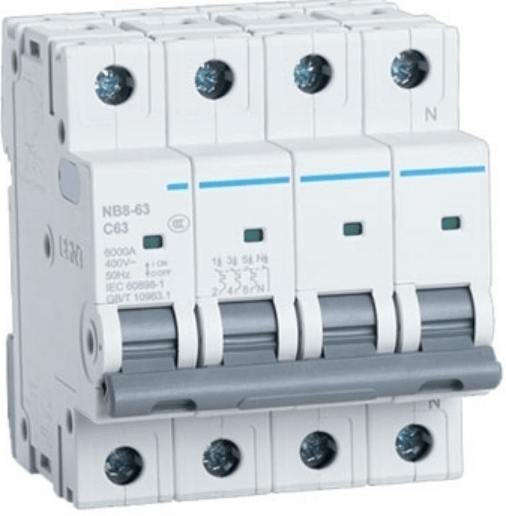 A miniature circuit breaker, or MCB, is an electromagnetic device enclosed in a Moulded insulating material. The primary purpose of an MCB is to switch the circuit, that is, to open the circuit (which has been connected to it) automatically when the current flowing through it (MCB) exceeds the value at which it is set. It can be manually switched on and off if necessary.

The magnitude of overcurrent regulates the operational time of MCBs, which are time-delay tripping devices. These are activated whenever an overload lasts long enough to threaten the protected circuit.

As a result, transient loads such as switch surges and motor starting currents are ignored by MCBs. These are typically designed to work in less than 2.5 milliseconds during short circuit faults and 2 seconds to 2 minutes during overloads (depending on the current level).

MCBs come in various pole configurations, including single, double, triple, and four-pole constructions, each having a different fault current level.

MCBs are typically linked in two and three-pole variants such that a fault in one line will break the entire circuit, providing total circuit isolation. In single phasing in three-phase motor protection, this function will be helpful.

These have different short circuit current capacities and are rated at 220V for DC and 240/415 for AC (single and three-phase). Single-phase devices typically have a current load range of up to 100 A. Some MCBs let you change the tripping current capacity, while others are set for a specific load current and short circuit rating.

Local control switches, isolating switches against faults, and overload protection devices for installations or individual equipment or appliances are all services performed by MCBs.

The frame of the Miniature Circuit Breaker

A miniature circuit breaker’s frame is a Moulded case. The other components are mounted in this rigid, strong, and insulated housing.

The position of the switching latch can be used to identify whether or not the MCB is closed, triggered, or manually switched off.

The trip unit is the main component of the miniature circuit breaker, and it is responsible for its proper operation. In MCB, there are two types of trip mechanisms. A bimetal provides overload current protection, while an electromagnet provides short-circuit current protection.

How does the MCB work?

Under typical operating conditions, the MCB acts as a manual switch to turn the circuit on or off. It automatically functions or trips in the event of an overload or short circuit, interrupting current in the load circuit.

The automatic movement of the operating knob to the OFF position provides a visual indication of this trip. As we’ve seen in MCB construction, this automatic operation of MCB can be obtained in magnetic tripping and thermal tripping.

The current flowing through the bimetal causes it to heat up under overload situations. Due to metals’ thermal expansion, the heat generated within the bimetal is enough to cause deflection. The trip latch is further released due to this deflection, and the contacts are separated.

Magnetic tripping is used in situations with a short circuit or a significant overload. Because the magnetic field generated by the coil is insufficient to attract the latch under typical working conditions, the slug is held in place by a light spring.

The coil’s magnetic field is strong enough to counteract the slug’s spring force when a fault current run. As a result, the slug moves, and the tripping mechanism is activated.

These arc splitter plates, also known as arc chutes, are used to split an arc into several arches while extracting and cooling the energy. As a result of this configuration, arc extinction is achieved. 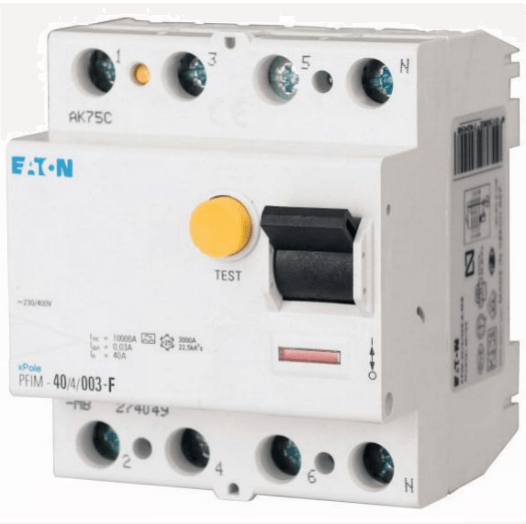 Both of these devices, however, need the usage of an RCBO. In electrical circuits, overcurrent and short circuit defects are vital considerations. The issue of leakage current, on the other hand, should not be neglected; a leakage current defect causes severe power loss, excessive heating, and electrical shock. A leakage current issue can be caused by insulation failure, perspiration, water dropping, etc. As a result, protection from a leakage current fault is essential, if not required.

In some cases, such as medical equipment, home wiring, and water pumps, we must protect against electrical defects such as short circuits, overcurrents, and leakage current. We can use two devices, an MCB, an RCCB, or a single RCBO device.

The earth bar is located at the bottom of the isolator, and a neutral cable should be connected. The outbound cables will be made of twin core and earth wires. Earth sleeving should cover the earth wires before joining the earth bar.

Make that the RCBO can tolerate at least 10mA, has a current rating of 25A, is SRIM authorized, and provides A-type protection before beginning the installation. You’ll also need quick access to live and a neutral wire. A suitable screwdriver will be required for the secure installation of the Residual Current Circuit Breaker. You’ll also need a test pen to turn the power off when the main source is turned off.

You must ensure that the wiring is connected correctly for the RCBO to work properly. A screwdriver should be used to tighten the cable to the appropriate terminal. The RCBO’s ground wire will be connected to the bar next, and the screwdriver will be used to tighten it. The RCBO and any linked equipment can then be powered up. You may check the installation by pushing the RCBO test button and ensuring the connection trips. It may be necessary to reconnect the terminal in some circumstances.

MCB vs RCBO: What’s the difference?

In the 1970s and 1980s, circuit protection was usually limited to a single component: the fuse. On the other hand, circuit protection has advanced in leaps and bounds during the previous few decades. These devices now provide some of the industry’s greatest circuit protection technology. Depending on when your home was built and what electrical settings you choose, an MCB, RCBO, or a combination of the two, maybe installed.

For more info or purchasing of RCBO or MCB, kindly contact us at ICRFQ. We are the best electrical manufacturers in China.