Everything You Need To Know About Memory Cards (SD)

The main problem with memory cards is determining which one is ideal for certain applications. There are numerous varieties. This article will explain what memory cards are, the different types of memory cards available, and how they work.

What is a Memory Card?

A memory card is a type of electronic storage device used to store digital media like images and videos. Memory cards are commonly used in digital cameras in photography, and they differ in type, form factor, capacity, speed/class, and brand. SD, microSD, XQD, and CFexpress are now the most popular memory card types. However, CompactFlash was formerly a popular memory card format.

SD cards quickly became an industry-standard due to their tiny dimensions of 24.0 (W) x 32.0 (L) x 2.1mm (H), low cost of production, and widespread use by many manufacturers. SD cards could only hold up to 2 GB of data due to file systems and other limitations; thus, new standards had to be developed to enable greater capacity memory cards.

The SD Card Association preserved the same physical dimensions and appearance while developing subsequent generation SD cards with larger capacities and speeds thanks to the SD card specification. The old SD cards have been phased out, and the newer-generation SDHC and SDXC cards have taken their place. Summary: This format is no longer supported; instead, use SDHC or SDXC cards. 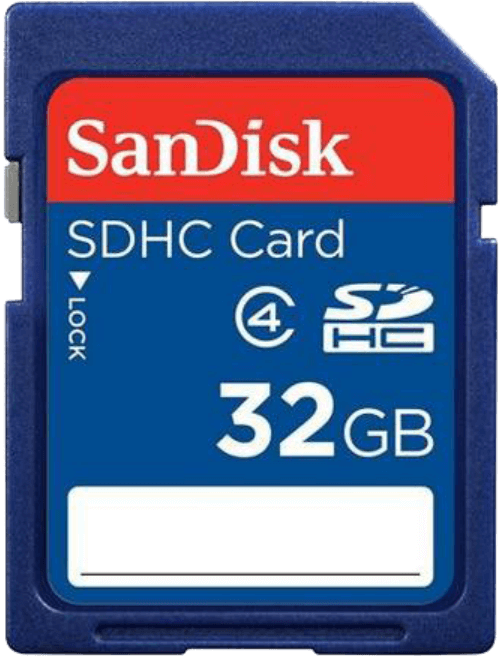 The original SD cards were no longer sufficient, with a storage restriction of 2 GB; therefore, the SD Card Association had to create a new specification that allowed for bigger capacity cards.’

A new standard was established in January 2006 that doubled the cards’ performance, providing much quicker read and write rates, and boosted card capacity to up to 32 GB.

The “Secure Digital High Capacity” standard was named after the enhanced capacity of these cards. Older SD card readers in cameras and PCs were incompatible with SDHC cards until their software was upgraded to accommodate the new card standard. In contrast, SDHC memory card readers were backward compatible and could read both SD and SDHC memory cards.

SDHC cards are fairly widespread on the market, though they may be phased out in favor of the larger SDXC cards soon. A summary: SDHC memory cards are available in older UHS-I and newer UHS-II (more on UHS under Memory Card Speeds) versions.  But, be aware that SDHC is limited to 32 GB cards only; anything larger will need to be SDXC. 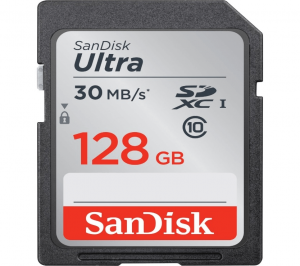 With a maximum capacity of 32 GB (mainly due to the restrictive FAT32 file system) and newer devices pulling a lot more data, especially when shooting high-bitrate video, it was time to upgrade to a new and superior standard SDXC was created.

The file system was changed to exFAT, which Microsoft developed, and the maximum card size was increased to theoretically 2 TB (2048 GB). The latest SDXC standards are extremely reliable, providing up to 624 MB/sec transfer speeds on the UHS-III bus.

In a nutshell, SDXC is the only way to go if you need SD memory card capacities of more than 32 GB. It makes no difference whether you use SDHC or SDXC; what matters is the bus speed (UHS-I, UHS-II, UHS-II) and the rated memory card speeds for both read and write operations.

On the other hand, the SD Card Association was quick to release the next generation SDHC cards, which abolished those restrictions. With the launch of SDXC, which took advantage of the exFAT file system, it became possible to create cards with capacities greater than 32 GB and substantially quicker read and write rates.

MicroSD cards immediately acquired favor among portable device manufacturers due to their compact size – at 11.0 (W) x 15.0 (L) x 1.0mm (H), these cards are the smallest memory cards now available on the market, and many mobile phone and tablet manufacturers have adopted them.

Quick Summary: Because microSD is a popular format for small portable devices, you’ll need to acquire microSDHC or microSDXC cards if you have a phone or a compact camera that uses microSD cards.

In 1998, Sony released the Memory Stick as a proprietary memory card format used on Sony cameras, camcorders, PCs, and PlayStation Portable devices. Although these memory cards were initially only available in tiny sizes, in 2003, a newer edition of the card, the Memory Stick PRO, was released, which increased memory capacity even more.

These memory cards could not acquire enough traction to earn a substantial market share when compared to SD cards due to their big footprint of 50.0 (W) x 21.5 (L) x 2.8mm (H) and high pricing; thus, Sony had to come up with techniques to reduce the physical size of the cards. 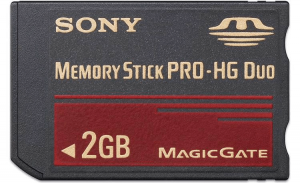 Sony believed that by introducing the Memory Stick Duo form factor, which was smaller than the original Memory Stick at 20.0 (W) x 31.0 (L) x 1.6mm (H), it would be able to compete with the SD format directly and gain a larger proportion of the memory card market.

Unfortunately, Sony’s higher pricing strategy backfired. The company lost the majority of its market share to SD, which became the most popular memory card format on the market worldwide.

Despite this, Sony continued to promote the Memory Stick in its products, eventually developing Memory Stick PRO Duo and PRO-HG Duo memory cards with substantially faster transfer rates of up to 60 MB/sec and potential capacities of up to 2 TB.

Sony is the only memory card company that still makes and supports these cards today. Summary: SD defeated Sony in the memory card war, and all of its Memory Stick products are now obsolete.

SanDisk created CompactFlash (CF) in 1994. It quickly gained traction compared to all other formats at the time because it delivered consistent performance and, due to its denser shell construction, was less prone to bending or bending breaking than other memory card types. 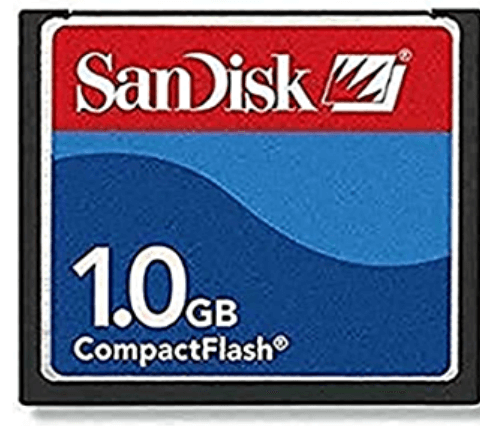 As a result, high-end camera makers such as Nikon and Canon embraced CF as their standard, making the format popular among hobbyists and pros. CompactFlash Type, I (CF-I) memory cards are the most common, measuring 42.8 (W) x 36.4 (L) x 3.3mm (H) and found in cameras and other portable devices.

The major problem with CF cards is their huge size and pins, which bend easily in memory card readers. CompactFlash also has the disadvantage of using the sluggish Parallel ATA / IDE bus. Despite subsequent CF-I improvements allowing these cards to achieve rates of up to 167 MB/sec in Ultra DMA Mode 7 (see below for more on CF memory card speeds), the bus’s maximum throughput was limited. As a result, new guidelines for transitioning away from CF cards were required.

Quick summary: Unless you have a camera that still accepts CF cards, you should avoid them because the considerably quicker CFast, XQD, and CFexpress memory cards have already surpassed them.

CompactFlash Type II (CF-II) memory cards were designed to allow memory cards to be used as “microdrives” (miniature hard disks) or as converters to read other memory cards.

As a result, physical height is the only difference between CF-I and CF-II. The height of CF-I cards is 3.3mm, whereas the thickness of CF-II cards is 5mm. Both employ the same type of connection, but memory card readers must support CF-II cards because they are physically thicker.

Most manufacturers, including Nikon, dropped support for CF-II cards in their cameras since the idea of microdrives never gained popularity and quicker flash memory took over due to cheaper cost, capacity, and reliability.

Summary: CF-II cards are not even available for purchase because the CF-II format was designed specifically for microdrives and memory card adapters. 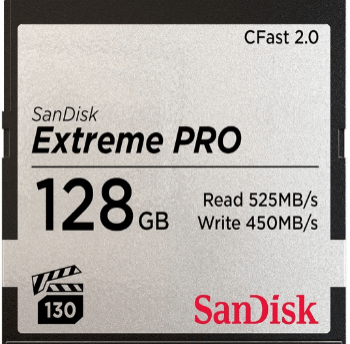 Although the physical dimensions of CFast cards and CompactFlash cards are quite similar, they are not backward compatible due to variations in interfaces.

Unfortunately, CFast’s mass acceptance was too sluggish (apart from the Canon 1D X II, the Hasselblad H6D-100C, and a few video recording cameras, no other devices have implemented CFast), and it was technically supplanted by the newer and considerably quicker CFexpress standard in 2016.

The bus was once again the primary reason for CFast’s departure. Quick Summary: CFast is no longer supported by the new CFexpress standard, which is based on the XQD form factor, therefore don’t waste your money on these cards.

SanDisk, Sony, and Nikon all released the XQD memory card format in 2010. It rapidly caught the attention of the CompactFlash Association for development since it is based on the fast PCI Express interface, which set it apart from all other memory cards previously established. 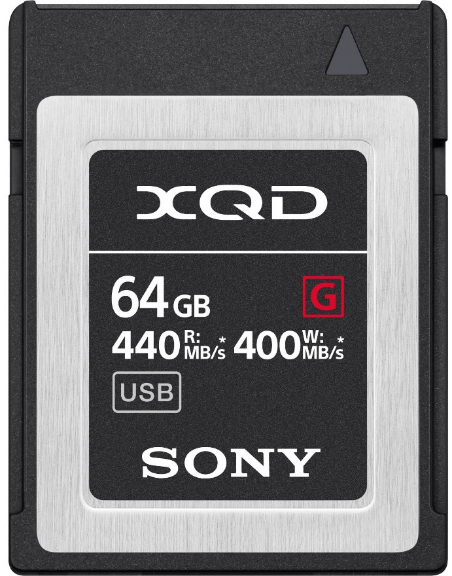 XQD effectively replaces CompactFlash and CFast as the new form factor. With dimensions of 38.5 (W) x 29.8 (L) x 3.8mm (H), it is physically smaller than CompactFlash / CFast cards, but it has a far superior build quality than both SD and CF cards because the cards are denser than SD and do not need pins on the host that may easily break or bend.

Although no such cards exist today, the XQD version 2.0 standard increased the theoretical throughput of XQD cards to 1 GB/sec. XQD has likewise had a slow adoption rate, similar to CFast. XQD is quick and capable, but it will be phased out in favor of CFexpress.

Virtually every mobile device you own, from cameras to iPods to tablets, has some form of built-in storage, and almost every device has a slot for adding additional storage capacity. A device’s memory might be anywhere from a few gigabytes to several gigabytes. However, you’ll quickly learn that it’s never enough.

Memory cards are and will continue to be a requirement when it comes to technology. With improvements being made regularly, it is evident that there is no end in sight.

Lastly, at ICRFQ, we are the best memory card manufacturers in China. If you need to purchase any number of memory cards and have them delivered in a quick turnaround, contact us today.