Everything You Need To Know About Memory Chips 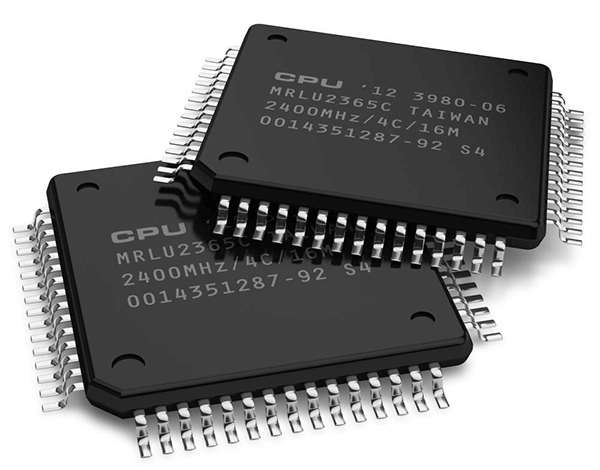 What is a chip?

Before we even go further to divulge memory chips, let’s understand what a chip in a computer is. A chip, which is also called a microchip is a single, tiny wafer of semiconductor material on which millions of electronic circuits are etched in.

These chips are designed to perform a single task, such as adding or subtracting numbers or performing some other specific calculation. The first chips were called integrated circuits (ICs) because they were constructed with several transistors on a single chip.

Today’s memory chips are capable of storing gigabytes of data and performing billions of calculations per second. These tiny computer chips play an important role in the functioning of your computer or laptop.

What is a memory chip?

A memory chip is a storage device that is used in computers, smartphones, and tablets. It stores data for the device to use. Some of the first memory chips were known as RAM chips or random access memory chips.

The reason for this name was because they could be accessed randomly; it didn’t matter which order you accessed them in. In other words, if a computer needed one hundred bytes of information, it would look at the first hundred bytes available and use them.

The more data that can be stored on these chips, the better your device will perform and the longer you will be able to use it before needing to buy another one. This can have an impact on everything from how many games you can play on your tablet or your smartphone to how quickly you can send an email.

Memory chips come in different designs, manufacturing standards, and even specifications. Some memory chips are better than others. Read on as we dig deeper about memory chips.

When was the memory chip invented?

The first memory chip was invented by Dr. Robert Dennard in 1968. He is also known for his invention of the dynamic random access memory, or DRAM, which is used in many modern computers. The first chips were very small and could only store a few bytes of information.

The first RAM chips were known as SRAM (static random access memory) chips and they are still used today in many applications where speed is essential.

They work by storing binary information on transistors that have either been switched on or off to represent a zero or one respectively. When you supply power to the chip, it will remember what state it was in when you last shut it down until you switch it back on again.

This means that the data will be there even when the power is off, unlike other kinds of computer storage where data is lost when the power goes out or if a computer crashes for example.

Today’s modern memory chips are no longer small and square like SRAM chips. They are now tiny little squares of silicon that can be as small as one millimeter or even smaller in some cases.

The memory chip is made from a silicon wafer that has been etched with tiny lines of metal.

The metal lines are where the transistors are and the silicon between them is the dielectric material.

Memory chips come in all shapes and sizes and they can be used for many different applications such as computers, digital cameras, music players, mobile phones, etc.

There are different types of memory chips designed for different functions. Let’s look at each one of them and what they do.

DRAM stands for Dynamic Random-Access Memory. This type of memory is used to store data temporarily, just like the RAM that we talked about above.

DRAM is the fastest kind of memory chip in existence and it’s used for tasks that require a lot of processing power.

This is also called volatile memory as the data is lost once the power is turned off or when there’s a sudden power failure.

There are different types of DRAM chips available such as EDO, SDRAM, DDR, etc.

SRAM stands for Static Random-Access Memory and it works very much like DRAM but it’s not as fast and it’s more expensive too. It does not require any refresh cycles unlike DRAM so it’s more efficient and less power-hungry too. As you can see from the diagram above, SRAM doesn’t need to be refreshed every few milliseconds, unlike DRAM which needs to do this very often.

SRAM is also called non-volatile memory as it retains the stored data even after the power is turned off. SRAM chips don’t lose their data when there’s a sudden power failure.

EPROM stands for Erasable Programmable Read-Only Memory and it’s not as common as DRAM, SRAM, and flash memory. This type of memory needs to be programmed (burned) before it can be used and this process requires a special device called an EPROM programmer to do so.

After the data has been programmed, you can erase it from the chip by exposing it to UV light. It’s best not to expose your EPROM chips to direct sunlight as they might get damaged due to too much UV radiation. 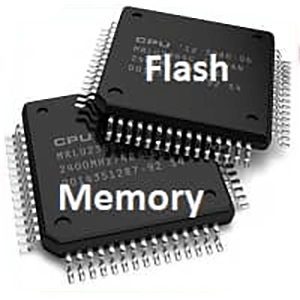 Flash memory was invented by Fujitsu in 1980 and it’s a type of non-volatile memory that uses an electronic charge to store information.

The flash chip is usually the size of a postage stamp and the most common form is a small chip called an integrated circuit (IC). It can be used as either flash or RAM depending on what you’re doing with it.

The most popular use for flash memory is in digital cameras as they use it to store photos, videos, sound recordings, and other data that doesn’t need to be retained when the power is off. Flash memory chips are also used in mobile phones, MP3 players, digital cameras, and portable video game consoles.

An EEPROM (Electrically Erasable Programmable Read-Only Memory) is a type of non-volatile memory. It’s similar to flash memory, but it’s not capable of retaining data once power is removed from the device. That’s why it can be referred to as ‘non-volatile’.

EEPROMs are commonly used for storing settings, preferences, or other information that does not need to be retained when the device is turned off. They can also be used to store temporary data that needs to be retained for a short period of time (such as flight plans).

The way an EEPROM works is by using a special type of electrical charge called an electron charge.

When you first write data into the chip using a special programming tool, the electrons in the cells are set in motion, causing them to store data temporarily without consuming any power.

A mask ROM (sometimes called a ‘masked ROM’) is a type of non-volatile ROM chip that can be programmed by overwriting its contents.

In order to write data into the mask ROM, you must first remove the protective cover, exposing the cell array. Then you put your programming tool into programming mode.

The voltage difference causes all of the cells in an entire row or column to be programmed at once. The rest of the cells will remain unaffected because they’re not connected to any other cells in those columns or rows.

FRAM, which stands for ferroelectric RAM, is a type of non-volatile memory that uses a magnetic bit cell to store a single bit of data. Unlike flash memory, FRAM is not volatile, meaning that data can be saved and retrieved after power is removed.

Using ferroelectric materials, FRAM is capable of storing data without power. As the material is heated, it turns into a liquid, but it’s still able to retain its memory. The main drawback of ferroelectric RAM is that the material must be kept at very low temperatures in order to work properly.

Are you going to buy a memory chip? You should arm yourself with technical specifications about the chip. They determine the performance of the memory chip.

The technical specs for memory chips include:

This refers to the speed at which the data is read from the chip. The higher the data rate, the faster the memory access. The rate is usually expressed in hertz.

This refers to how many times a bit (1 for “0” and 0 for “1”) is read from or written to the chip per second. A lower number here means better performance.

This refers to how long it takes for a single cycle of data to be written into the memory chip. The lower this number, the faster you can write data into your memory chips.

This refers to how long a single piece of data can be held in memory before it’s overwritten by new data. This number is also called “maximum endurance.” A higher number means more durable memories and longer retention of your data.

This refers to how long it takes for a single piece of data to be written into the memory chip. The lower this number, the faster you can write data into your memory chips.

This refers to the maximum amount of data that can be written into the memory chip within a given time frame. The higher the bandwidth, the faster your memory accesses. 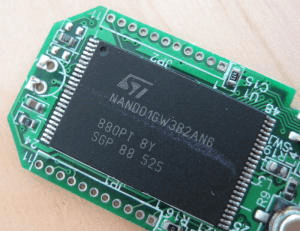 For example, in a computer graphics system, you might need to use a memory chip with a specific layout such as double-sided or single-sided chips. These chips are designed to hold twice as much data. In addition, the clock speed of the memory chip is also important. You should also pay attention to the organization of the data stored on each memory chip.

The design is also important as it determines how the memory is accessed.

For example, if you want to read data from a memory chip that is not in the same row as the data you are trying to read, you must first move the memory chip to a different row.

In addition to these design considerations, you should also pay attention to the number of chips and their arrangement on each side of the PCB.

For example, if there are many chips on one side of the PCB and they all have different bandwidths and clock speeds, then this will cause problems when accessing your system’s memory.

I hope you now have vital information concerning memory chips. And when you plan to buy memory chips in China, choose reliable and reputable manufacturers.

ICRFQ is among the most reliable sourcing agents for memory chips in China. We help connect clients to memory chip suppliers and manufacturers.