Everything You Need To Know About Motor Parts 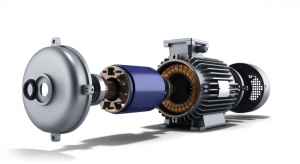 The stator and rotor and a set of gears or belts and friction-reducing bearings are the basic components of an electric motor. A commutator is also required for DC motors to reverse the current direction and maintain the motor spinning.

How does an electric motor function, for example? A mechanical mechanism that transforms electrical energy is known as an electric motor. Most electric motors work by generating force in the form of a shaft rotation by interacting between the motor’s magnetic field and the electric current in a wire winding.

Michael Faraday, a British physicist, is regarded as one of the most influential of the numerous 19th-century scientists who contributed to the discovery and development of electric motors. Faraday achieved the successful rotation of a wire using a magnet, and a magnetic field generated by an electric current in 1821He discovered the law of magnetic induction in 1831, which paved the door for significant breakthroughs in electric motors and generators.

Many additional electric motors and architectures that might be called the classic DC motor have been developed over time.

When one of the generators on show at the Vienna World’s Fair began rotating on its own after being mistakenly coupled to another generator in 1872, it was found rather than invented the workable electric motor. As a result, it was realized that the same concepts applied to generators might also apply to motors. Due to the rapid increase in their practical application, generators were a mainstay of numerous industries in the twentieth century.

What Is Electric Motor?

Electric motors generate rotary or linear force usually connected to a mechanical system outside the house. Electric motors are typically employed for continuous rotation or, in rare cases, linear motion over a long distance.

When classifying electrical motors, we must evaluate the characteristics and internals of each motor. Motors that are brushed or brushless single-phase or three-phase, air-cooled or liquid-cooled, and direct current (DC) or alternating current (AC) are all options (AC).

Motors are used in a variety of applications. Consider the following items: an electric fan, a pump, domestic appliances, power tools, and computers. Although the motors in these systems come in various sizes and shapes, they all perform the same function and serve the same purpose. Automobiles, ships, and huge industrial uses such as pipe compression systems require larger electric motors.

How Does Electric Motor Work?

An electric motor’s operation depends on creating a magnetic field surrounding a current-carrying wire. To acquire a better understanding, consider the following scenario.

Keep two bar magnets’ poles facing each other with a small spacing between them. Now make a loop with a sliver of conducting wire. To stay within the magnets’ region of impact, keep this loop in the space between the magnets. Now we’ll go on to the last section. Connect the ends of the loop to the battery terminals.

After energy travels through your basic circuit, you’ll notice that your loop “moves.” So, what’s the root of the problem? The magnetic field generated by the magnets clashes with the magnetic field generated by the electric current traveling through the conductor. The magnet’s north pole will be drawn to one side of the loop, while the south pole will be drawn to the other. The loop continues to rotate as a result of this. An electric motor works based on the following principle.

What Are the Different Types of Electrical Motors?

Electric motors are more versatile and adaptive than they’ve ever been. Motor selection is critical when designing a motion control system. The motor must work with the system’s function and overall performance objectives. Fortunately, there is a motor design suitable for any application. The following are some of the most often used electric motors today.

The electromagnetic coils are part of the stator in a simple AC motor, not the rotor. The magnetic field that causes the rotational movement is created by these coils. An additional cylindrical arrangement consisting of metal bars is located in the center of the stator ring and is free to revolve.

In an AC motor, a current is applied in succession to the stator’s electromagnetic coils, resulting in a magnetic field that alternates and revolves around the stator. Because the magnetic field in the coils is continually changing, it generates an electric current inside the rotor, which generates its magnetic field, which opposes the field that formed it. The rotor spins as a result of the interaction between the two fields.

A brushed direct current (DC) motor is the most basic electric motor, with a free-rotating rotor composed of a current-carrying conductor (essentially a length of wire bent into a rectangular loop) and a stator built of static, permanent magnets.

One magnet repels the induced magnetic field while the other attracts it, resulting in a spinning force. However, this rotational force would only be sufficient to rotate the shaft through a one-half circle. The coil’s poles would eventually align with the permanent magnets’ attracting poles, causing the motor to stop.

The direction of current provided through the coil by conducting brushes is flipped at the correct time by utilizing a commutator on the end of the axle, which looks like a ring sliced in half. The polarity in the coil is changed as a result of the change in the current direction, and the axle completes a full rotation. This cycle continues continuously as long as a current is applied.

Any motor with a feedback sensor is referred to as a servo motor. A servo motor moves using rotary and linear actuators; they’re widely employed in the industrial and production industries.

These electric motors have an unrolled stator and motor that generate linear force over the length of the device. They have a flat active section with two ends instead of cylindrical variants. They are usually more accurate and faster than rotatory motors.

A stepper motor is a type of motor that is commonly encountered in manufacturing. The motor is powered by a rotor comprised of magnets or soft metal. When the motor’s windings are energized, the rotor’s teeth align with the motor’s magnetic field. The motor may now move from point to point across predetermined distances. They come in handy in applications like an indexing conveyor.

There are three main pieces to any motor: a stator, a commutator, and a rotor. They employ electromagnetism to spin the motor together. The motor will run as long as it receives a constant current. If your motor has problems, you may need to look for electric motors for sale or components to replace broken sections. When electricity flows across a wire, it creates a magnetic field. A magnetic field is created by wrapping a wire around a rod and energizing it.

There are two poles in the magnetic field around the rod: north and south. Poles repel each other in basic magnetism. As a result, opposite poles attract one another. The rod begins to spin after being surrounded by several magnets. What is the source of the spinning? At the poles, the rod moves between repulsive and attractive forces.

What are the Motor Parts

An electric motor is made up of several separate components. Every motor component has a certain purpose and is employed for a specific reason. We’ll go over each component in detail below. 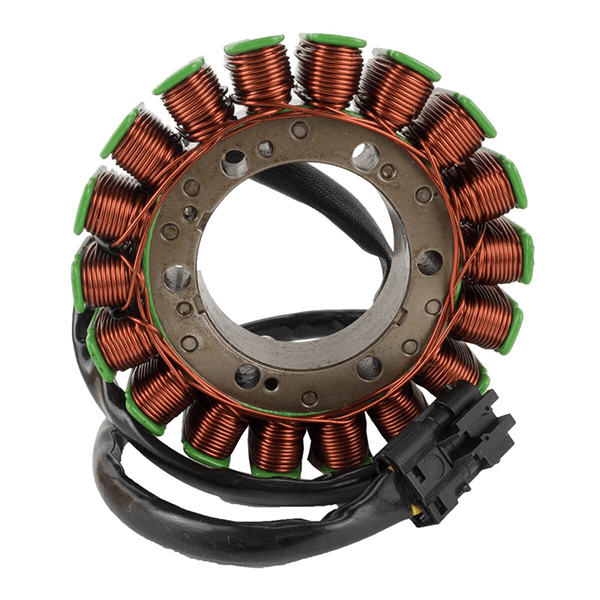 An electrical motor’s stator is a stationary component of either winding or permanent magnets. Lamination is a term you’ll hear when talking about stators. The stator core comprises laminations, which are very thin metal sheets. The usage of laminations reduces the amount of energy loss compared to a stator with a solid core. 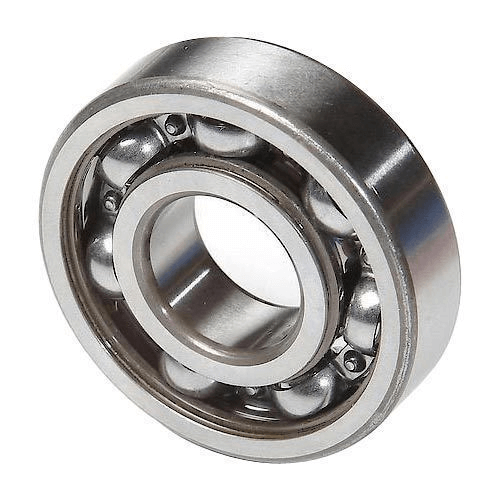 The motor’s rotor is mechanically supported by bearings, which allow it to rotate on its axis. The bearings are mechanically held in place by the motor housing. The shaft that passes through the bearings is always longer to reach the load point.

The air gap is the distance between the stator and rotor in an electrical motor. Because a wider gap might affect the motor’s performance, the air gap is generally kept as minimal as feasible. The magnetizing current is proportional to the size of the air gap. 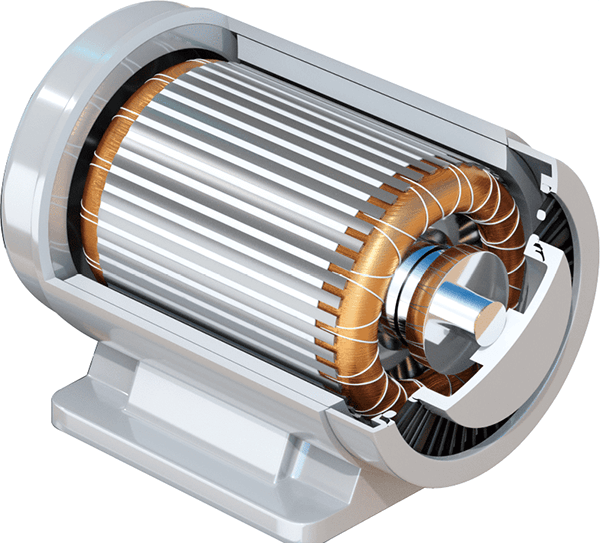 Wires are wrapped around a soft iron magnetic core in an electric motor’s winding. Magnetic poles are formed when an electrical current activates a coil. Salient- and nonsalient-pole winding configurations are the two most common. A winding constructed around the pole beneath the pole face generates the magnetic field in a prominent motor. Winding is dispersed throughout the pole face slots in a non-salient pole. 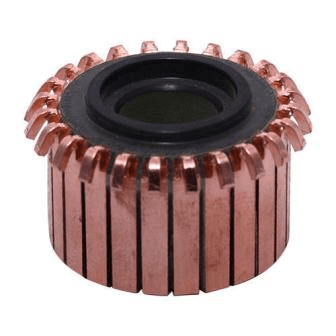 Most DC motors and certain AC motors need a commutator to switch the input. They are made up of insulated slip-ring segments insulated from each other and the motor shaft. The armature’s current is provided via fixed brushes that contact the revolving commutator.

What Power Sources Do Electrical Motors Use?

Are Electrical Motors and Generators the Same?

Electric motors come in various shapes and sizes, but they all include three fundamental components: a rotor, a stator, and a commutator. These three parts use electromagnetism’s attraction and repulsive forces to keep the motor spinning as long as it receives a consistent electric power supply.

For more information on motor vehicle parts contact us, we are the best manufacturers in China.