Everything You Should Know About Motor Winding 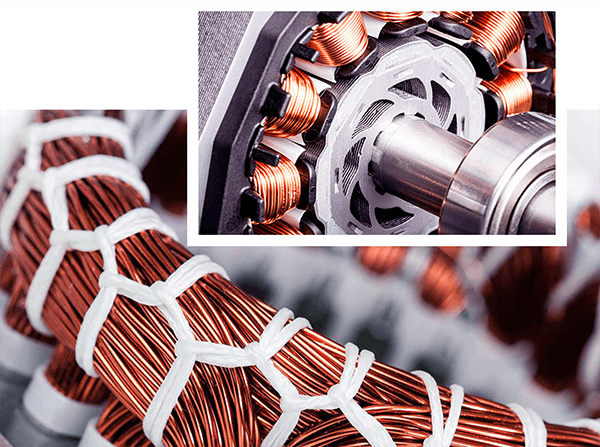 A machine that transforms electrical energy into mechanical energy is known as an electrical motor. The majority of motors operate on the interaction of electric current and magnetic field within a wire winding. This can result in shaft rotation, which can generate force. These motors can be run on either DC or AC power.

Batteries are DC sources, while inverters, power grids, and generators are AC sources. A generator is mechanically similar to a motor, but it converts energy from mechanical to electrical in the opposite direction. The rotor, stator, air gap, windings, bearings, and commutator components an electric motors. Considerations such as the power source, construction, motion output type, and applications can all be used to classify motors. This page explains what a motor winding is, the many varieties, and how to calculate it.

What is an Electric Motor?

Many of the technologies we take for granted in the twenty-first century are due to motors. We would still live in Sir Thomas Edison’s era if it hadn’t been for the motor when electricity’s sole purpose was to power lightbulbs. Cars, trains, power tools, fans, air conditioning, household appliances, disk drives, and other items require electric motors. Even modest motors are used in some electronic watches.

There are various types of motors that have been designed for various applications. Faraday’s Law of Induction is the fundamental concept that governs the operation of an electrical motor. A force is formed when an alternating current interacts with a changing magnetic field. Many breakthroughs have occurred in this branch of engineering since the invention of motors, and it has become a topic of critical relevance for current engineers.

Among the many 19th-century scientists who contributed to the discovery and development of electric motors, the British scientist Michael Faraday is widely acknowledged as being particularly influential. Faraday carried out a successful experiment in 1821 in which he used a magnet and an electric current to rotate a wire. In 1831, he developed the law of magnetic induction, which paved the way for considerable advancements in electric motors and generators.

Many additional electric motors and architectures that might be called the classic DC motor have been developed over time.

The practical electric motor was discovered rather than invented in 1872 when one of the generators on display at the Vienna World’s Fair began rotating on its own after being unintentionally linked to another generator. This led to the realization that the same principles applied to generators could also be applied to motors. Generators became a mainstay of many sectors in the twentieth century due to the rapid rise in their practical use. 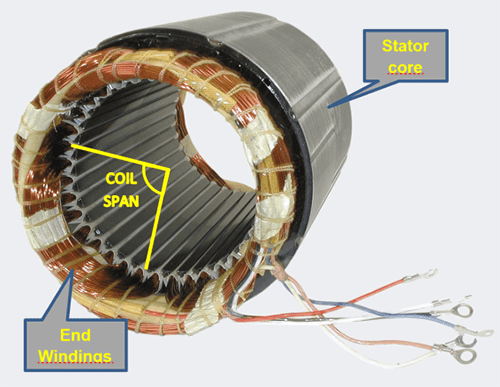 What is Motor Winding?

Windings in electric motors are wires put into coils, often encased around a coated flexible iron magnetic core to shape magnetic poles while being reinforced by the current. Salient and non-salient pole magnet field pole variants are offered for electric devices. Below is a diagram of a motor’s windings. 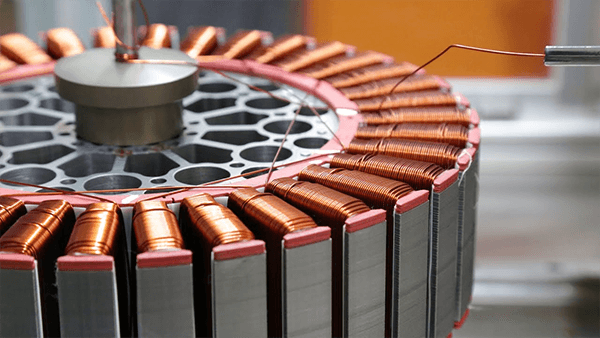 The magnetic field pole can be generated using a winding wound in the salient pole configuration machine approximately under the pole face. The winding can be scattered inside slots of the pole face in the non-salient pole design. A shaded pole motor features a winding wrap around the pole and retains the magnetic field phase. Conductors made of thicker metal, such as metal sheets, are used in some motors; otherwise, bars made of copper or aluminum are used. In most cases, these are powered by electromagnetic induction.

There are two types of motor windings, which are as follows.

Armature windings are classed into two sorts based on the motor winding connection. These are the two types.

The squirrel-cage motor can be primarily on the track from the star to the delta stator, with the motor’s stator attached to the delta stator. Because it uses a slip ring 3-phase induction motor resistance, it is more popular on the market. A slip ring 3-phase induction motor’s stator winding star may be in delta form otherwise.

When power is applied to this motor, it is stimulated, creating a magnetic field (RMF) in the rotating portion. 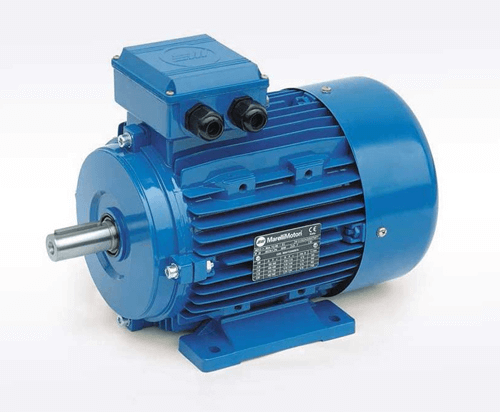 The rotor is the rotating component of a motor. The rotor comprises two parts: the rotor winding and the rotor core.

The DC supply energizes the rotor winding. The phase wound and squirrel cage rotors are the two types of available rotors.

The core of the squirrel cage rotor is a cylindrical iron core with a curved groove over the external surface where the aluminum or copper conductors are positioned. The copper or aluminum rings are used to short-circuit the ends.

One type of armature winding is lap winding. The conductor connection can be made where the lanes and poles are similarly connected. The commutator is connected to the last section of each armature coil. The number of brushes equals the number of parallel lanes within the winding. These are divided equally between positive and negative polarity windings. High current and low voltage machines are the most common uses for lap winding. Simplex, duplex, and triplex type windings are the three types available.

Parallel lanes between the two brushes, positive and negative, are included in wave winding. With some distance, the end part of the primary armature coil can be associated with the beginning part of the next armature coil commutator section. Two parallel lanes in a machine pole can connect the conductors in this winding. For high-voltage and low-current devices, the number of parallel ports might be equivalent in the direction of the number of brushes. Please see the link for further information on Lap Winding and Wave Winding. 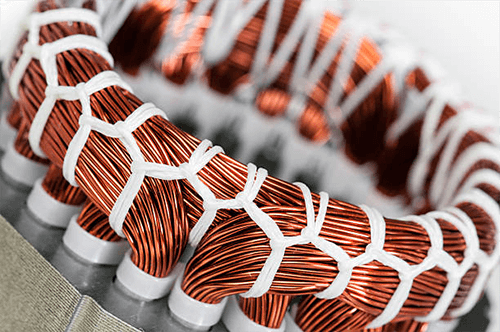 Disconnect the power supply from the motor using an Ohm meter. Set the meter to ohms, and the range should be between 3 and 2 ohms. If we observe the reading as zero, we will see a short between phases. It’ll usually be above 2K ohms or infinite if it’s open.

As a result, this article aims to provide an overview of the motor winding theory. Finally, we can deduce from the given knowledge that windings are created with copper wires twisted around a core to generate or obtain electromagnetic energy. The wire used in the windings should be safeguarded in some way.

However, the windings appear to be raw copper in other situations, but they are just enameled. Copper is the most popular material for winding. Aluminum can also be utilized, but it must be thicker to support a similar load safely. Because of the copper winding, the motor may be made very small.

Within an electrical machine, these motor windings are critical components. It consists of a collection of coils evenly placed in the slots and along the winding’s edge.

The windings that are used to rotate simple electrical motors are known as and classified as: –

There are 2 types of windings:

What Is Field Winding?

Coil Winding in the field On the core of the poles, which is located on the stator body. They are always of the concentrated variety. Generator sets, mixer grinder alternators, and armature-based field coils are commonly employed.

What Is Armature Winding?

The 3-phase Star or Delta Connection on the stator [Armature Winding] supplied by the 3 phase can be focused or spread (usually preferred). The rotor (Field) is focused in the prominent pole type and distributed in the cylindrical form, both of which are powered by DC.

On ac power, the stator and wound rotor of the Three Phase Induction Motor (star or delta linked) were scattered. Short-circuited copper bars are utilized in the C squirrel cage rotor.

What Is Dc Motor Winding?

A revolving machine that transfers electrical energy into mechanical energy is known as a dc motor.

This enables the motors to draw a large amount of current. Torque is proportional to the current squared. As a result, when the motors start-up, they are capable of producing extremely high torque.

Electric motors are not only a cost-effective and efficient way to provide high levels of drive power but they can also be made smaller, allowing them to be integrated with other machinery and equipment. As a result, they’re used in various industries and everyday situations.