Everything You Should Know About Network ICs? 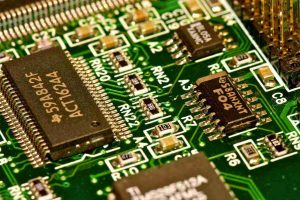 Network IC or Network Integrated Circuit is an integrated system of electronics that can be used to operate different types of networks.

These can be computers, mobile phones, and any other electronic device that you will have to connect to a network so that it can function smoothly and effectively.

An IC can be used to provide direct and indirect access to the network.

They can also provide services such as data encryption and prevention against eavesdropping as well as management.

Network IC is a single semiconductor device that contains multiple circuits that can be programmed to perform various networking tasks. These circuits can be analog or digital and are used to provide support for a wide variety of functions. Some of these include data encryption, data transfer, and access control.

When added to a device, these network IC will ensure that the device is able to connect to a network.

These components can be used in a wide variety of applications, including computer and communication networks, as well as smart homes and industrial systems.

The functions that these ICs can provide are dependent upon the type of network they will be used with.

When using network ICs, it is important to ensure the proper IC is being used for the task at hand. There are several different types available, each with their own set of features and characteristics.

Network ICs have been around for decades, but only recently have they become popular among hobbyists and electronics enthusiasts.

This increase in popularity is due to the fact that these components allow users to add networking capabilities to their projects easily and effectively.

Before this time, it was not possible for hobbyists or enthusiasts to add networking capabilities without having experience in circuit design or programming languages like C++ or Java.

What Does a Network IC Do?

A network IC can serve as an interface between a data source and a network, or as a terminal that allows data to be exchanged between networks.

Some of the most common applications of network ICs include:

Connecting a device to a network

A network IC can be used to connect multiple networks together so that they can communicate with one another.

An example of this is connecting a home network to the internet.

This is accomplished with an Ethernet router, which allows the home network and the internet to communicate with one another.

The router will act as the interface between the two networks.

Data transfer in a network

Once the IC has connected the device to a network, it will facilitate data transfer between devices in that network.

The IC may also perform the tasks of data packet transfer, packet routing, and error detection and correction.

An example of this is a WiFi router that allows multiple devices to connect to one another and share information.

The router will separate the data packets from each device and then route them to their destination.

This is accomplished by the router using a protocol such as TCP/IP, which allows it to recognize which device it should send the data to, and how to send it there.

The IC may also assist in management of the network.

This is accomplished by the IC performing tasks such as network configuration, network diagnostics, and maintenance.

These tasks are performed automatically in a device such as a WiFi router, but they can be performed manually by an administrator on a larger scale with a device called an Ethernet switch.

The IC may also implement security measures to prevent unauthorized access to the data being transmitted.

This is particularly important when the data is being sent over a public network such as the Internet.

The IC may encrypt the data using an algorithm such as AES (Advanced Encryption Standard) or RSA (Rivest-Shamir-Adleman), which makes it very difficult for unauthorized access.

How Does a Network IC Work?

Like other integrated circuits, a network IC also comprises of various electronic components that have been bundled into a single electronic device.

In this case, the components have been designed and programmed to meet the minimum requirements for computer networking.

So, how does it work?

Well, first, a network IC has to be connected to the network. This can be done by inserting it into an expansion slot or by placing it on a motherboard.

The IC will then be able to receive and transmit information between two or more devices on the network.

It does so by following the networking protocols that have been programmed into the device.

For example, if the device is connected to a wireless network, the IC follows protocols such as 802.11

This is a type of integrated circuit that is designed for ethenet networking. Ethernet is an IEEE 802.3 protocol that is used for networking computers and peripherals over a wired network. Ethernet was the first widely adopted networking technology, and it is still widely used today as a backbone for most wired networks.

The network ICs that are designed for ethernet networks are called ethernet transceivers or ethernet controllers.

These devices can be used in a wide variety of applications, including desktop computers, servers, printers, and home theater systems.

This type of network integrated circuit can either be wired or wireless. It is used in applications where data is transmitted over the internet. The internet is a worldwide network of computers that use the IP protocol to exchange data packets.

These integrated circuits are mostly found in cellular devices such as phones and tablets. Cellular network ICs are also used in some applications such as radio communication, satellite communications, Wi-Fi or Bluetooth.

These integrated circuits are used in Bluetooth-enabled devices. Bluetooth technology makes it possible to transfer data between devices via Bluetooth. Both devices must have Bluetooth network IC for communication to be possible.

These integrated circuits are used in satellite communication systems such as Iridium and Globalstar. These systems use satellites in orbit around the earth to transmit data from one point to another.

Network ICs provide a number of advantages when compared to conventional circuit boards, including:

– Low-cost – Network ICs are much less expensive to produce than a printed circuit board, so they can be used in low-cost networking applications, such as home networking.

– Small size – Network ICs are much smaller in size than conventional circuit boards, so they can be used in small networking applications, such as telephone handsets.

– Reduced weight – Network ICs are much lighter than conventional circuit boards, so they can be used in applications where weight is a concern, such as in airplanes. and other weight-sensitive products.

– Reduced space – Network ICs take up less space than conventional circuit boards, so they can be used in applications where space is a concern, such as in telephone handsets.

-Flexible to work on: With the right network IC, you will have as much flexibility as you want. You can choose to expand or compress your network depending on your needs.

The flexibility of these ICs is further enhanced by the fact that they can be easily programmed.

-High reliability: Network ICs are used for many years with stable performance and reliability because they are designed to meet the needs of network applications and provide long service life under the normal operating conditions.

While network ICs are suitable for many applications, it is important to note that they also have some limitations.

One major limitation of network IC is that there is no standard for their design.

Another limitation of network ICs is that they are not as flexible as some other types of semiconductors.

In many cases, a specific application may require a different type of semiconductor or circuitry to perform a particular function.

The good news is you can override these limitations by getting your IC from a reputable manufacturer.

Also, stating your exact requirements will ensure that you get the right network IC  for your application.

How to select a Network IC

Choosing the right network IC for your application can be challenging. There are many factors to consider when selecting a network IC, including:

– Network IC type: We have just discussed the different types of network integrated circuits and what they do. Start by knowing the type of IC that will be suitable for your networked device.

– IC performance: We have just discussed the difference between TCP/IP and Ethernet. Knowing the performance of your network will help you choose an appropriate network IC.

– Price and cost: Cost is a major factor when choosing a network IC, but it should not be the only one. You should also consider how much money you are willing to invest in your new device.

– Network IC manufacturer: Vendors like to distinguish themselves by offering different features in their products and different names for their devices. You might want to consider the reputation of a particular vendor before you buy from them, or at least read some of their feedback from customers on other websites that discuss the company’s products or services.

– Network IC features: There are many different features available in today’s network devices such as wireless networking, power saving modes, security measures, etc., but most people just care about the basic function of an integrated circuit like transferring data between two devices or providing wireless connectivity.

– Warranty: This is an important factor to consider when buying a network device. You should check the warranty and return policies of a particular network IC before buying.

– Network IC price: The price of the network IC is usually determined by the number of transistors in it, its size, and other factors. You should consider the cost of the device before buying it.

– Network IC compatibility: You need to check if your new device will work with your existing devices before you buy it. Most network IC vendors have technical support that can help you solve any compatibility issues that you may have with your new integrated circuit.

I hope you now have a full understanding of the network ICs, what they are and how they work.

And if you want to buy network IC in China, let ICRFQ be your partner.

We are a reliable sourcing agent for electronic components.

Contact us and we will be glad to help you.