Everything You Should Know About NOR Flash? 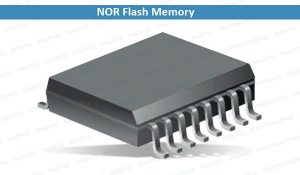 Non-Volatile Random Access Memory (NOR flash) is a type of non-volatile memory that can be used to store data permanently.

While this type of memory has many applications, it’s especially useful in microcontrollers and other embedded systems where fast access to read and write operations is essential.

In this blog post, we’ll discuss everything you need to know about NOR flash memory in general and also why you might choose to use it in your next embedded project.

You’ll also learn some common uses for NOR flash and see an example of how it can be implemented in hardware.

What Is NOR Flash memory?

NOR flash memory is non-volatile programmable logic used for storage in a wide variety of embedded systems.

NOR flash memory is similar to other types of non-volatile memory such as ROM and EEPROM, but it’s programmed differently.

NOR flash memory is based on the concept of “charge trapping” in silicon oxide insulators between silicon floating gates.

NOR flash is a type of flash memory that is organized similarly to a NOR gate.

This means that data is stored one bit at a time with each bit distributed across multiple transistors. NOR flash is typically slower than other kinds of flash memory, but it can be written and erased quickly and is less expensive.

A NOR flash consists of multiple cells, each of which is made up of a single transistor, a control gate, a floating gate, and a source and drain region.

All of these components are sandwiched between two layers of insulation: a substrate and a dielectric.

The substrate is usually made from silicon, though some manufacturers may use other materials.

The dielectric, on the other hand, is silicon oxide. The layers of silicon oxide and silicon are formed using a process called “sputtering”, which applies ions to a surface and forms a layer when energy is applied.

The control gate is connected to the source and drain regions and sits atop the floating gate.

The source and drain regions exist in the substrate below the floating gate. In between each of these components is a small amount of silicon oxide insulator.

How does a NOR flash work

The NOR flash can store one bit of data per silicon transistor. This bit can either be a “1” or a “0”.

NOR flash uses a charge to store or erase data, which means that it requires lower energy than other types of non-volatile memory. At the same time, this flash memory uses a field effect transistor (FET) to store and erase data.

A NOR flash is programmed by applying a high voltage to the control gate.

This forces electrons to flow from the source region to the floating gate. When the electrons reach the silicon oxide dielectric, they are “trapped” and cannot flow back out.

This charge inside the silicon oxide insulator is what stores the data in a NOR flash.

When a NOR flash is read, the control gate is applied with a lower voltage.

The reader circuit then measures the current that flows from the source to the drain.

Types of NOR flash

NOR flash memory chips are divided into two broad classes. These are Serial NOR and Parallel NOR.

What is the difference between the two? And which one should I use?

This type of NOR flash is sometimes referred to as SPI NOR where SPI stands for Serial Peripheral Interface.

It has sectors and pages and at any given chip, the sector will be larger than the page.

A sector is a memory block in which all the data or content can be erased right when data is written on the pages.

The main advantage of serial NOR is that it can be accessed very fast because it uses a serial interface.

In this type of NOR flash, the controller is designed to address the memory using a parallel address bus. In doing so, the address is going to be broken into two parts and the data is then written on the pages.

The main reason why this type of NOR flash is used by most manufacturers is that it can be accessed very fast because it uses a parallel interface.

Key features of NOR flash memory

Now let’s look at the key features that are always associated with the NOR flash memory.

From the introduction, we have already defined NOR flash is a type of non-volatile memory. This means that it is capable of retaining data even without being connected to the power source.

It also has the capacity to keep data for a considerably long period without corrupting it.

NOR flash memory is reprogrammable. This means that the contents of this memory can be changed.

The process of altering the data in NOR flash memory is called “programming”.

On the other hand, if a low voltage is applied to the control gate while at the same time applying a high voltage to bit lines and word lines, then electrons will flow back into the floating gate, thereby storing a “0” in it.

NOR flash has enormous capacity as compared to other types of non-volatile memories such as ROMs and EEPROMS.

The reason for this is that NOR flash cells are smaller than those used in EEPROMS and ROMS, which allows more data bits per cell.

This makes NOR flash denser than any other type of non-volatile memory.

This characteristic makes it attractive for use in applications where large amounts of information need to be stored on small devices such as mobile phones, laptop computers, and digital cameras. Just like SRAMs, NOR flashes are available with densities ranging from 8 Mbit to more than 128 Mb.

NOR flash memories are designed to have a random access interface. This means that you will be in a position to address any specific part of the flash memory at any given time without reading it sequentially.

The main advantage of this feature is it gives the maximum flexibility that you will need when programming and handling the flash memory.

These memories have faster read times when compared to other types of non-volatile memories.

This is because of the fact that the cells in these memories are usually precharged before read operations. This eliminates the need for additional clock cycles that would be needed for discharging and charging.

This makes NOR flash memory more efficient than other types of non-volatile memory for use in situations where a high level of data throughput is required.

Advantages of NOR flash memory 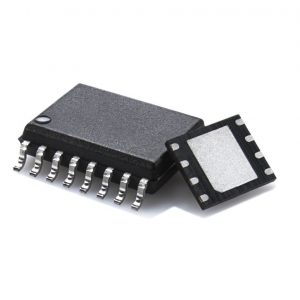 Why are NOR flash memory chips so popular?

From the features that we have just highlighted, here are the top benefits and advantages of these memory chips;

– Data retention: This type of memory is ideal for applications that require data retention, even when there is no power.

– Ease of programming: This type of memory is programmed in the same way that it’s read, making it very easy to use and program.

– Low power consumption: NOR flash memory chip consumes less power than other types of non-volatile memory, making it ideal for applications where the device will be powered by a battery.

– Simple circuit design: NOR flash circuits are simple and easy to design. This makes it ideal for beginners and hobbyists that are just starting out with electronics and embedded systems.

– Write endurance: NOR flash has a high write endurance rate, and it can handle many writing operations before it starts to lose its data.

What are the limitations of NOR flash memory?

Even with the numerous desirable features, there are some limitations that are always associated with NOR flash ICs.

– Write/Erase cycles – NOR flash has a finite number of write/erase cycles and must be erased before being reprogrammed. This means that it has a limited lifespan and should be used with care in long-running systems.

– Read/Write speed – NOR flash has a read/write speed that is slower than other types of non-volatile memory such as NAND or SRAM.

-Expensive to manufacture: NOR flash is more expensive to produce than other types of non-volatile memory. This can raise their price in some markets

Real-Life Applications of NOR flash memory

Where are the NOR flash memory chips used?

Here are some of their application areas.

– Automotive – NOR flash is used in many different types of automotive systems, such as engine control systems and airbag controls. – Industrial – Industrial systems such as robotics, medical equipment, and HVAC systems commonly use NOR flash to store data.

– Medical – Medical devices such as external defibrillators and hearing aids often use NOR flash to store data.

Technical details to consider when buying NOR Flash memory

Before you go ahead and buy that NOR Flash memory, here are a few technical details that you should consider:

-Storage capacity: The storage capacity of the NOR flash memory is measured in bits. The more bits, the more data that can be stored.

Choosing a NOR flash memory manufacturer and distributors

NOR flash manufacturers produce integrated circuits that use non-volatile memory.

These circuits can be used in the design of many devices, including computers, smartphones, networks, and more.

When choosing a NOR flash manufacturer, there are a few things that you should keep in mind.

– Price: You should also look at the pricing structures of different NOR flash manufacturers.

– Quality: When you’re choosing a NOR flash manufacturer, it’s important to look at the quality of their products.

– Reliability: It’s also important to determine how reliable the NOR flash chips that they produce are.

– Size and speed: You should also consider the size and speed of their products when you’re choosing a NOR flash manufacturer.

– Technology: You should also think about the technology that they use to manufacture their products.

Once you put all these factors into consideration, you will be in a perfect position to choose the best NOR flash memory, manufacturer, and even distributor.

There is no doubt that NOR flash memory chips are deep in our lives and are one of our system’s most important components.

But it is also true that there are a lot of NOR flash memory chips manufacturers, which makes it hard to find the best product.

In case you want to buy these chips in China, we at ICRFQ can help you.

We are a reputable distributor of NOR flash memory in China. Contact us and we will strive to help you.