Normally open (NO) and normally closed (NC) are two contact positions that are used to control the flow of current in electrical devices. When a switch is set to NO, it will allow current to flow through it when the circuit is completed. A NO position on a switch can also be referred to as an “on-off” position. Electricity needs to be applied for the switch to work; otherwise, it will remain dormant and not make contact.

On the other hand, NC switches have no need for electricity in order for them to work. They only need an uninterrupted connection to complete the circuit and operate.

We’ll go over what these terms mean, why they’re important, and how they can help you live a more efficient life in this blog post!

What does Normally Open (NO) mean? 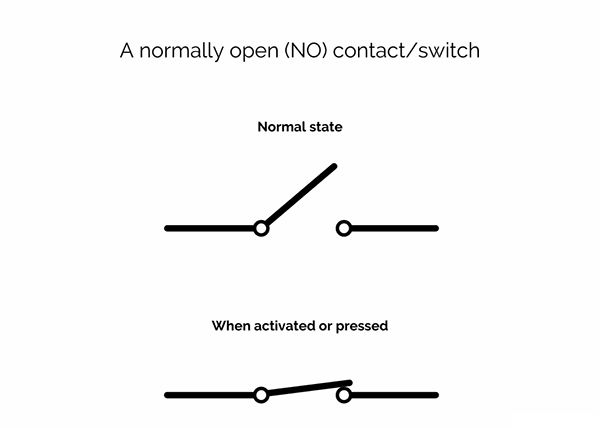 Normally open (NO) switches are switches that do not make contact until they are activated by an outside source. Simply put, these are “on-off” switches. They only allow for the flow of electricity when their circuit is completed. Otherwise, electricity does not flow through them and the circuit remains “open.”

When NO switches are used in a circuit, they must be connected to another switch that is set to NC or NO. If this were not the case, then the NO switch would remain dormant and not complete its circuit with anything else in the circuit. This is because it cannot complete a circuit unless it is activated by another source.

What does Normally Closed (NC) mean? 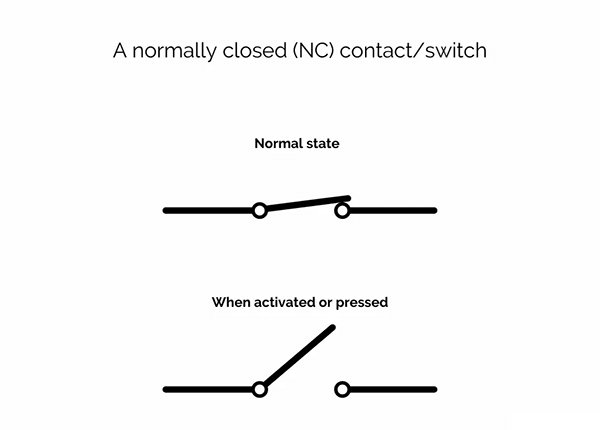 NC switches, or “normally closed” switches , work in a similar manner as NO circuits except they have no need for activation from an outside source to complete their circuits.

When using NC wiring, you will never have to worry about whether or not your wiring has been flipped or whether you have accidentally connected the wrong wires to each other.

NO and NC switches are designed in such a way that they are easily identifiable. Typically, they will be equipped with a small arrow on the side of them that corresponds to their function. The NO switch will always have this arrow facing toward the outside of the circuit, while an NC switch will always have this arrow pointing inwards toward the center of the circuit. If you are using a normally open wire, then your switch must be set to NO or else it will not close its circuit and complete your electrical connections!

How do I use NO/NC switches?

NO and NC switches are much easier to work with than you might think. The first thing you will want to do is make sure that the switch is set to the correct function for your wiring.

When using normally open wiring, your switch will need to be set to NO in order for it to close its circuit and allow electricity to flow through it.

When using normally closed wiring, your switch will need to be set to NC in order for it to close its circuit and allow electricity to flow through it. After setting your switches properly, you will then want to connect them directly between the two wires that you wish for them to control.

For example, if you wanted a light or fan in a room that was wired with an NO circuit, simply connect the red wire of the light or fan’s power supply directly into one of the terminals on your NO switch.

Then connect one of the black wires from that same power supply directly into one of the terminals on your other switch. Now that you have connected the two switches to each other and the power supply, you will want to connect one wire from each switch directly to the light or fan’s red wire.

Where are Normally Open switches used?

Normally Open switches are used in a variety of different consumer electronics, including:

-Start buttons are a type of NO switch typically found on cars and trucks. When you push this button, it activates an ignition circuit, which starts your car’s engine.

-Reset buttons are another type of NO switch typically found in electronics such as microwaves and washing machines. This button is used to restore an electronic device back to its original state when it freezes or shuts down due to a power surge or some other issue (see: circuit breaker).

NO switches are commonly used in some types of alarm systems as well.

-An alarm system is a device or group of devices designed to detect unwanted entry into a building or area and produce a signal indicating an intrusion.

-A burglar alarm is an audible, visual, or other type of alarm that is triggered when someone tries to break into a building.

-A panic button is a type of burglar alarm that can be used to summon emergency responders in the event of an emergency situation. When this button is pushed, it sends a radio signal (or other type of signal) to the local authorities so they can respond accordingly.

Where are Normally Closed switches used?

Normally closed switches also have a wide range of applications. They include:

Normally closed relays have an open collector output which can be used to switch higher voltages and currents than those that can be switched directly by microcontrollers or other logic gates. They can also be used to switch AC current using a triac.

Emergency stop buttons are push-button devices that cause an immediate shutdown of equipment. They are designed to be pressed quickly in case of emergency, such as fire or explosion, and then released immediately after use so they do not interfere with normal operation when not needed.

What should I look out for when buying a NO or NC switch?

Here are a few factors to consider when buying either a Normally Open or Normally Closed switch:

– The switch must be a mechanical switch that is not electrically actuated.

– The switch should have a high contact pressure rating.

– The switch should have a short throw to reduce the chance of the switch becoming accidentally actuated.

– The type of contacts used in the switch should be easily accessible.

– The contacts in the normally open position should be made as large as possible to make it easy for the operator to visually see when they are closed and when they are open.

– The switch should have a reliable method of closing the contacts when it is not in use.

– The switch should have a means for detecting the position of the contacts.

– The switch should be easy to use and maintain and will require little maintenance over its lifetime.

With this information, you now have a proper understanding of normally open and normally closed in the field of electricity and electronics. Knowing these concepts will help you be able to install and maintain these switches properly.

And when it comes to buying either of these switches, you may consider contacting ICRFQ. We are reliable electrical components sourcing agents in China.