Everything You Need To Know About NTC Thermistor 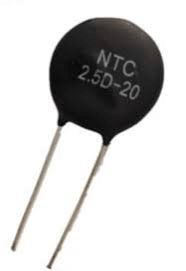 If you’ve ever used a thermometer or thermostat, then you probably know about NTC (negative temperature coefficient) thermistors. They are used in a variety of devices and appliances due to their ability to measure temperature and react to it.

In other words, they have the potential to detect when something is overheating and prevent it from getting out of hand. In this blog post, we will discuss everything you need to know about NTC thermistors.

What is an NTC thermistor?

A thermistor is a type of resistor whose electrical resistance varies with temperature. There are many different types of thermistors, each one with a particular set of properties. One of the most common types is the negative temperature coefficient (NTC) thermistor.

As the temperature of an NTC thermistor increases, its electrical resistance decreases, and its ability to conduct electricity also decreases. This means that NTC thermistors are used in applications where a temperature rise is expected, for example, in automobile exhaust systems and in the heating elements in electrical stoves.

The best way to understand how a thermistor works is to outline its main characteristics. They define how these transistors work and also their performance.

Response to the temperature

NTC thermistors are designed to operate at the temperature range of between -55 degrees to 200 degrees Celcius. However, there are some NTC thermistors that can operate beyond the above ranges.

The maximum temperature limit is the highest temperature that the thermistor is capable of handling without failing. Usually, it is measured in degrees Celsius.

Construction and components of NTC Thermistor

What does a typical NTC thermistor look like and which components make up this device? Let’s find out!

In terms of size, NTC thermistors are usually cylindrical in shape and have a diameter of 0.5 to 6mm.

The thickness of the ceramic body is usually chosen between 0.2 and 3mm, depending on the power rating of the device.

The sensing element is coated with an insulator, called the coating, which is made from a material with high thermal conductivity such as alumina or silicon dioxide (SiO). The coating serves as an electrical insulator to prevent short circuits caused by high temperatures and also helps to protect the sensing element from oxidation or corrosion.

NTC thermistors are grouped into different groups. They include:

As the name suggests these ones are encapsulated by an airtight glass. The glass shell protects the ceramic body and prevents the oxidation of the sensing element. Also, the glass prevents the evaporation of the liquid refrigerant to a large extent.

These types of thermistors are known for their metal surface contacts. They are larger than the beard NTCs, a feature that slows down their response rate. On the flip side, they tend to have a better heat dissipation rate than the other classes of thermistors.

How do NTC thermistors work?

– Affordable – These thermistors are comparatively more affordable compared to other types of thermistors. This is because NTC thermistors use less power than RTDs. Also, the most accurate NTC thermistor is available in a 0 – 100 degree Celsius range, which makes it useful for a wider range of applications.

– Safety – The NTC thermistor has a safety feature that prevents it from over-heating. When the temperature reaches its maximum value, the circuit will not be able to deliver electricity and will shut down automatically.

– Compact Size – The compact size of this type of thermistor allows them to be used in almost any application that requires a temperature sensing device.

-Fast response: NTC thermistors are very responsive and can be used for a wide range of applications. The response time is about 1-3 minutes.

-Applications – These thermistors are suitable for a wide range of applications, such as temperature control of circuits, industrial processes, and more.

-High Accuracy – This type of thermistor is very accurate and has an accuracy rating between 0 to 50 degrees Celsius. This means that it can be used in a wide range of applications that require accurate temperature sensing devices.

-Low Power Consumption – The power consumption rate of NTC thermistors is very low when compared to RTDs. Also, the output voltage will remain constant even when they are subjected to high temperatures and variations in the supply voltage.

-Long life span – These types of thermistors have a long life span, which represents their ability to withstand adverse environmental conditions including high temperatures and extreme fluctuations in the supply voltage without failing or deforming over time.

Here are some of the most common real-life applications of the NTC thermistors:

-In the medical field: thermistors are used in thermometers, blood temperature probes.

-In heating and cooling systems: NTC thermistors are used in temperature-controlled oscillators that regulate the speed of blowers, fans, and pumps.

-In motor control: NTC thermistors are used for overcurrent protection and as a current sensor.

-In electric vehicles: NTC thermistors are used to protect batteries from overcharging, to control charging current, and as a temperature sensor in HVAC applications.

-In industrial processing: NTC thermistors are used as a temperature sensor for measuring process temperatures and as an overcurrent protection device. 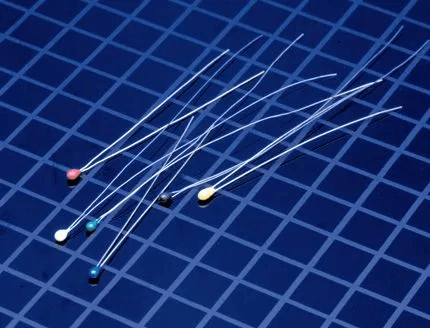 How to select an NTC Thermistor, and where to find them

When you select an NTC thermistor, be sure that it has the correct voltage, power rating, and operating temperature range.

Finally, it is important to consider the packaging of the thermistor. The most common packaging types are axial and radial.

It is important to make sure that the NTC thermistor that you select is manufactured by a reputable company.

You also want to make sure that the NTC thermistor manufacturer has the capability to produce an NTC thermistor of your type and size, and at a reasonable price.

The easiest way of finding these manufacturers is by going through a sourcing agent. And this is where ICRFQ comes in. We are a reputable sourcing agent for the electrical components in China.