Everything You Need To Know About Optical Sensors

Electronic components called optical sensors detect and transform incident light beams into electrical impulses. Depending on the sensor type, these devices are useful for measuring incident light intensity and transforming it into a form that an integrated measurement device can read.

What is an optical sensor? 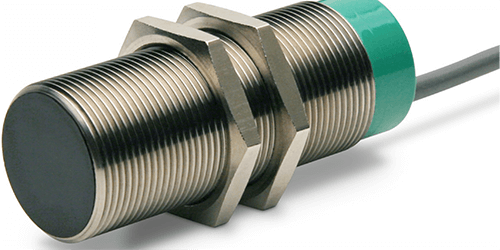 An optical sensor is a device that measures using optical principles. It has multiple benefits, including nearly no interference, non-contact and non-destructive measurement, remote measurement, high-speed transmission, and control.

The emission of photons is aided by electrons joining with holes at a junction of n- and p-doped semiconductors. A laser, however, is created by electrically activating electrons in certain materials such as glass or crystals. On the other hand, optical sensors operate in a variety of ways.

Photo interrupters generate HIGH output when an item is present. Engineers can control optical equipment with photo interrupters by connecting the output to a microcontroller or a logic device.

Optical sensors come in various shapes and sizes; the most common ones we’ve utilized in our practical applications are listed below.

The base-collector junction of a phototransistor is exposed to light. This produces a photodiode-like behavior with an internal gain.

The item to be identified reflects or interrupts a light beam put out by an emitting diode, which operates on the principle of reception and light transmission in an optical sensor. The interruption or reflection of a light beam is assessed depending on the type of equipment. This allows things to be detected regardless of their substance (metal, wood, plastic, or other). Transparent objects and those with varying hues or contrast fluctuations can be detected using special instruments. Listed below are various types of optical sensors. 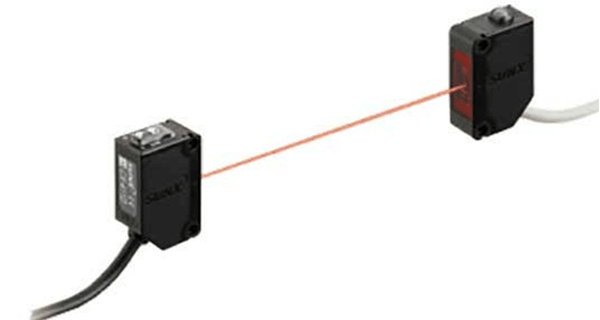 The system comprises two parts: a transmitter and a receiver arranged opposite each other. The transmitter sends a beam of light to the receiver. The receiver interprets a stoppage of the light beam as a switch signal. It makes no difference where the disruption happens.

The identification is independent of the color, object’s surface structure, or reflectivity, and it may operate across long distances.

The item must be large enough to completely disrupt the light beam to ensure a high level of operational reliability. 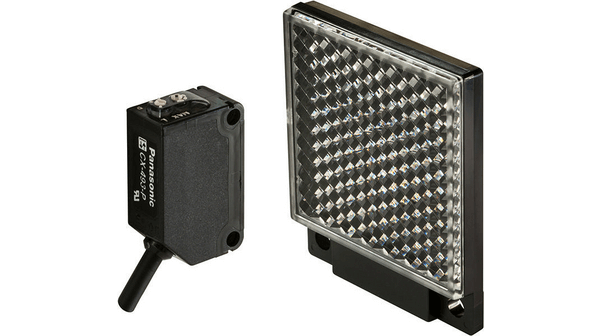 In this configuration, the transmitter and receiver are housed together. The ray of light that passes through a reflector returns to the receiver. The switching process starts when the light beam is disrupted. It makes no difference where the problem arises.

With switching points, this sensor allows for long operating distances. Which are precisely copied and only demand a small amount of Mounting work. Everything that obstructs a light beam is accurately identified, regardless of the texture or color of its surface.

The transmitter and receiver are both enclosed in the same housing. The object to be discovered reflects the transmitted light.

At the receiver, the switching condition is the intensity of diffused light. The back half always reflects nicer than the front part, irrespective of sensitivity. Erroneous switching operations result as a result of this.

Optical sensors are classified as either point or dispersed sensors based on how they work. Sensors of the point sensor type work on a single point. Transducers are put at the end of an optical fiber in a point sensor. Fiber Bragg grating, distributed across the length of an optical fiber, is an example of this type.

It is used to determine the temperature or strain of material. This single-point optical sensing approach activates the sensor by phase change. Sensors of the distributed sensor type work over a spread of points. The sensor, in this manner, reacts to a long series of sensors or an optical array.

Intrinsically optical sensors are those in which the light beam does not exit the optical fiber cable but is modified within the cable itself. The intrinsic optical sensor is an intensity-based fiber optic pressure sensor that measures pressure between two plates.

There are three types of optical sensors, based on the manner of optical sensing and the location of the optical transmitter and receiver: Through Reflective, Beam, and Retro-reflective.

The transmitter and receiver face the same direction in the “Through Beam Sensor,” resulting in a straight light beam path. When an object enters this channel, the light intensity changes and the object can be identified.

The transmitter and receiver in a “Reflective sensor” are parallel. The item reflects the light transmitted by the transmitter, which the receiver measures. When a red LED is utilized as the optical source, this sensor cannot distinguish between red and white light. This is because the quantity of reflection in white and red is the same.

Light sources can be found in a variety of shapes and sizes. The initial light sources used to investigate optics were the light from burning torch flames and the sun. In actuality, light from certain (extinct) materials (e.g., chlorine, iodine, and mercury ions) continues to give the optical spectrum’s reference points.

At the intersections of p-doped and n-doped semiconductors, energy is released in the form of light during the recombination process of electrons with holes. Excitation occurs when an external voltage is applied, recombination occurs, or another photon may be excited. This makes it easier to connect an optical device to LED light.

When electrons in special glasses, crystals, or gases absorb energy from an electrical current, they become excited, forming a laser. Around the atom’s nucleus, excited electrons migrate from a lower to a higher energy orbit. This causes the electrons to produce photons when they return to their original or ground state or particles of light. These photos are all coherent and of the same wavelength. Ordinary visible light is non-coherent and consists of several wavelengths.

Optical sensors are used in everything from computers to motion detectors. Optical sensors must not be the correct type for the application to perform successfully. So that they can assess wealth while being sensitive to it.

Optical sensors are used in a wide range of technologies. Xerox machines, Computers, and light fixtures that turn on automatically in the dark are examples of these. an asynchronous system for photography flash, an alarm system, and a system that can sense the presence of an object are all examples of typical applications.

Optical sensors have been used in sanitizer dispensers at long-term healthcare facilities to assure health and safety compliance due to the unprecedented requirement for contactless sensing something that as even helped in controlling of a global pandemic.

Biomedical equipment for breathing analysis and heart rate monitoring are examples of other medical applications. A tunable diode laser can be used to analyze breath. In contrast, photoplethysmography uses light reflection back to the sensor via the skin to correctly monitor the human heart rate. Optical sensors are used in portable wearable sensors to track users’ health and vital signs both automatically and manually.

Optical sensors are also employed in industrial and commercial applications for distance and temperature detection and automation in Industry 4.0(fourth industrial revolution).

By combining an infrared LED, a light transistor, and a transparent prism tip, optical sensors can be used to monitor liquid levels in engineering facilities, for example, hydrocarbon refineries and petroleum levels in tank farms.

Optical sensors are also being utilized in consumer electronics like smartphones to detect ambient light, which has benefits including prolonging battery life and adjusting screen brightness to match the quantity of light in the environment.

An infrared LED paired with a light transistor, and a clear prism tip at the front make up the Optical Sensor Based Liquid Level Indicator. When the sensor tip is surrounded by air, the LED shines an infrared light outward, which responds by jumping back within the tip to return to the transistor.

When submerged in liquid, the light disperses across the sensor, and less is sent to the transistor. Point level sensing is feasible because the volume of reflected light to the transistor determines output levels.

In the biomedical field, optical sensors have a wide range of uses. Breath analysis utilizing a tunable diode laser, and optical heart-rate monitors that measure your heart rate using light and optical heart-rate monitors, are just a few examples. An optical sensor analyses the light reflected from an LED that glows through the skin. Variations in light level can be translated into heart rate since blood absorbs more light. Photoplethysmography is the name for this procedure.

Interference from numerous effects is the sole issue with optical and non-optical sensors. The sensor used to monitor pressure and strain, for example, is extremely sensitive to temperature changes. Research is currently underway to investigate and discover techniques to distinguish between these various effects to obtain accurate optical sensing measurements.

The other is about the many losses that occur in the optical domain.

Last But Not Least

Light rays are converted into an electrical signal by an optical sensor. An optical sensor measures a physical quantity of light and then converts it into a form that may be read by an inbuilt measuring device, depending on the type of sensor.

Lastly, for more details on Optical sensors, contact us at ICRFQ, we manufacturer quality types of sensors as well as electrical components in China.