Everything You Need to About Optocoupler 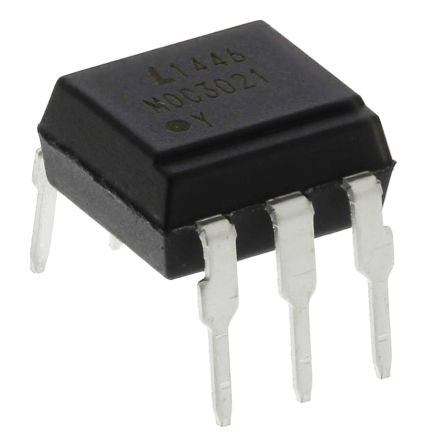 What is an optocoupler?

An optocoupler is a semiconductor optoelectronic device that performs the task of optically separating an electrical signal from another device or a source. It can be used as a light-controlled switch, Opto sensor, and optically controlled transistor.

The optocoupler has two basic components: an LED that emits light signals and a light detector that optically reads the signals emitted by the LED. The optocoupler emits optical signals using LEDs so it can be used in places where there is no electrical connection possible.

When an optocoupler is used as a switch, currents are transmitted to another device or circuit by way of an infrared signal.

What are the components of an optocoupler? 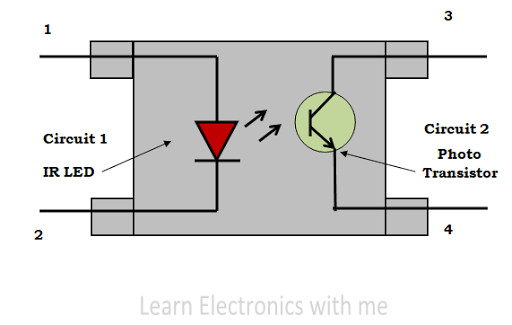 The optocoupler has the following components:

– An Opto LED (Optical Transmitter) is an optoelectronic semiconductor and emits light.

– A phototransistor (optical receiver or optoelectronic semiconductor). The phototransistor receives the optically transmitted signal from the Opto LED and makes it appear as an electrical current. It can be used as a switch to turn devices on and off depending on the received optical signals.

How does optocoupler work?

Let’s now look at the working principle of an optocoupler.

The Opto LED optically transmits signals to the phototransistor using infrared light. The optocoupler is used in applications where there is no electrical connection possible.

When an optocoupler is used as a switch, it allows current to pass through by turning on and off depending on the received optical signal intensity.

One way transmission of signals

Optocouplers optically transmit signals. They do not normally pass through any material, they will not be subject to signal loss or interference that might occur when passing through other media like metal wires.

Optoelectronic semiconductors are optically isolated from each other, preventing them from affecting each other when they are in operation. This is useful if the optocoupler is meant to operate a device which could pose a risk if it operates before it’s ready.

For instance, a lamp circuit optocoupler prevents the lamp from engaging until the circuit is switched on using an optocoupler because it does not pass current via electrical relays or magnetic field which would cause undue interference and damage to lamps.

Optocouplers optically transmit signals, optoelectronic semiconductors are very durable. They do not break down easily they can last longer than opto-isolators or opto sensors. They will withstand the vagaries of the weather and position changes like vibration and shock which cannot be said for optoisolators or opto-sensors.

Optocouplers are known for their stability. They optically transmit signals therefore it is very difficult for them to change the properties of the signal. Their stability makes them ideal in applications that require precise and accurate measurements like PCB manufacturing and automation control systems and they are also preferred in harsh environments.

Optocouplers do not normally pass through any material and therefore the risk of electrical interference is very low. They optically transmit signals so they are not affected by electromagnetic noise.

Optocouplers are widely available on most sites for sale and online, therefore it is easy to find them or buy them.

Optocouplers are easy to use. They do not require drivers unlike some other opto sensors like the optical sensor. The phototransistor is easy to interface with an existing circuit or system.

Optocouplers come in small sizes, making them very convenient and easy to install on PCBs and light panels.

Here are some limitations of using optocouplers:

They are not good for high-frequency applications. They cannot carry fast signals.

They are limited to carrying low current load only because the transistor used in phototransistors is a low power one. This makes them unsuitable in situations that require high power transmission of signals like LEDs and light panels.

They are prone to degradation over time.

Optocouplers are not completely immune to electromagnetic interference. But their performance is superior to other types in this category like optoisolators, optical sensors, and phototransistors.

They require a well-designed driver circuit in order to work well over time, therefore one must have a high level of understanding when using them.

However, you can work around these limitations by buying quality optocouplers in China.

How to use optocouplers

How do I start using the optocoupler?

Use an optocoupler as part of a circuit or system that requires transmission of the signal without any electrical connection.

For instance, you need to connect the power source of an appliance to its control unit to operate it.

-Cut a hole through the body of the appliance and insert a bulb.

-Put together the power source and control unit with wires that reach into or pass-through this space containing the bulb. This will be a physical connection between them.

-Ground the control unit by attaching a wire from one terminal to the ground.

-Ground the power source by attaching a wire from one terminal to the ground.

-Connect them with an optocoupler, in this case, but the base of the phototransistor through this space and connect its other terminal to the ground.

-The power source converts light into electrical energy and passes it on to the control unit via the optocoupler.

-The control unit converts the electrical energy into a mechanical action for instance motion, rotation of a shaft, or some other type of motion.

How optocouplers work in various applications 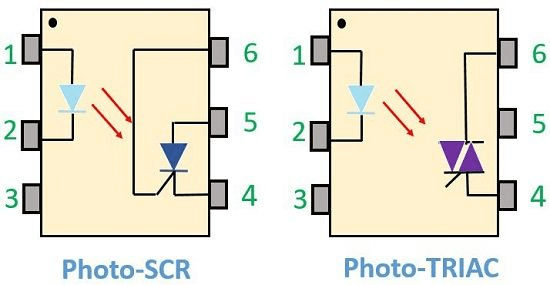 Here are the main types of optocouplers that you should know:

An optical to electric optocoupler

This optocoupler optically transmits signals from various sensors to an optoelectronic device which is optically isolated from each other so there can be no electrical connection, preventing any kind of interference in the optoelectronic circuit.

This type of optocoupler uses an LED to transmit signals from one circuit terminal to another via the light-emitting diode which is controlled by a remote station or electronic signal. The LED is enclosed in a plastic case that has a light-transmitting capacity almost as high as that of glass.

This type of optocoupler uses phototransistors to receive optical signals. The Opto LED emits an infrared or visible band light that is then received by the phototransistor.

This type of optocoupler uses photo SCR (thyristor) to turn on and off the current in the load. For this purpose, it is connected in parallel with a diode that protects it from an inductive load. Photo SCR turns on when light falls on it and switches off when the light source stops emitting light.

Opto-couplers which use Photo triode

This type of optocoupler uses photo triodes to transmit light signals. The light emitted by the LED is then transmitted through a phototube that converts it into an electrical signal. It then passes on the electrical current to the load.

So, where are optocouplers used?

The most common application of optocouplers is in linear motor speed control. It is used to control the current flow through either an led or a lamp.

For starters, you can use it as your night light using no wiring at all. And if you are looking for advanced applications, here are some that will interest you:

This optocoupler is used to turn an LED on and off in a lamp or a flashlight. The light that comes from the LED enters one side of the optocoupler via an infrared emitter, which activates the Triac switch when it receives light.

The triac switches on when it receives current from a power source and this makes the lamp turn on automatically. When the light stops penetrating the infrared emitter, the triac turns off automatically.

Optocouplers in an automobile

This is used to control the speed of a car engine by measuring the speed with a wheel sensor and passing this information via an optocoupler to an led speedometer which provides the driver with this information.

Optocouplers are also used in many other applications like power tools, washing machines, ovens, etc. 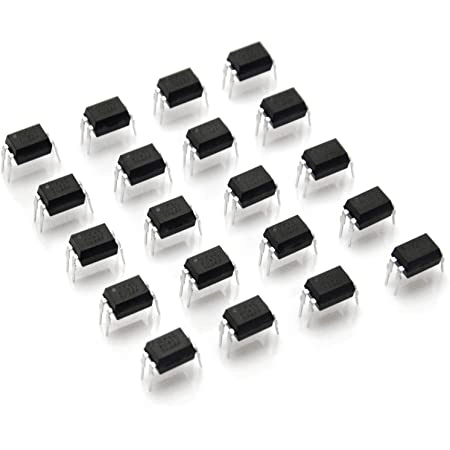 When buying an optocoupler, you should check the following things before settling on one:

-Type of signal it is used with:

You should check what type of signal you want to optically transmit. Is it an analog or digital signal?

Is the light source that is needed for use with your optocoupler LED, or TRIAC, etc.?

Make sure it is compatible with the other component that will be used with it.

Brand: Always go for a reliable brand that you can trust to buy optocouplers from. Ensure the supplier is reputable and known for good products to avoid disappointment. Check customer reviews before buying a product this way. Go for high-quality, recommended brands even if they cost more, as they last longer.

Check whether the manufacturer gives you enough information to make contact with them in case you encounter any problems. Consider getting optocouplers from manufacturers who provide this kind of support, which is vital if you want to avoid downtime or delays caused by not being able to communicate easily with the seller.

Price: Check whether you can afford to purchase the optocouplers and how much it costs for different models.

Suitable for your application’s environment:

Make sure the optocoupler is suitable for your application’s environment. Most optocouplers are not watered resistive and can be damaged by extended exposure to high temperatures.

Optocouplers are an essential part of controlling electrical circuits. It is cheap, easy-to-use, reliable, and accurate. With this component, you can easily control the flow of current into a system that needs good control over current management.

In case you want to buy optocouplers for your device or appliance, consider buying from ICRFQ. We are one of the leading suppliers in China for this product. We manufacture high-quality optocouplers that will be suitable for your appliances or devices.