Everything You Need to About Oscillators 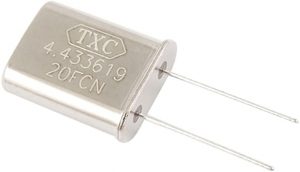 Oscillators are commonly used in the field of electronics. Generally, it is expected that a typically printed circuit board should have an oscillator. Oscillators play different roles in the normal functioning of most electronic devices and appliances.

Usually, manufacturers source for the best oscillators to be installed onto their electronic devices and appliances. So, if you are planning to source oscillators in China, this is a perfect guide for you. We are going to look at everything that you should know about oscillators. 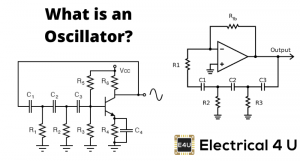 What is an oscillator?

An oscillator is an electronic component that produces a repetitive voltage across its output terminals. It is used as a source of the waveform as compared to other components such as filters and amplifiers which are typically used for generating specific signals or voltages.

As we mentioned earlier, oscillators come in different types and they serve different purposes. The frequency of oscillators is measured in Hertz, which is also used as the unit to measure frequency. Note that the frequency and period can be interchanged depending on what you prefer. 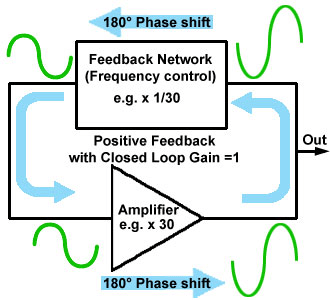 How do oscillators work? You may ask. Well, oscillators are amplifiers that keep on repeating their output signal at a certain frequency. This occurs when the amplifier is driven to its limits so that it can produce an undistorted sine wave of desired amplitude.

Oscillations take place because the positive feedback gain allows the amplifier to do this over and over again until all incoming signals are damped out.

The oscillator’s output frequency is determined by the time integral of the input signal amplitude and its phase relationship concerning some reference oscillation.

In short, the working principle of oscillators is based on the natural tendency of most electronic circuits to produce unwanted (meaning: undesired) harmonics and other spurious signals when they are driven beyond their limits.

What are the key requirements of oscillators?

Stable Oscillator: Smoothed output waveform with little or no ripple or modulation. The range of frequencies is adjustable by changing the value of components used in its design.

Range: The range is the upper and lower boundaries of the frequency produced by an oscillator.

Accurate Oscillator: It uses a self-correcting mechanism to maintain its stability. For example, a low pass filter is used to remove unwanted high frequencies. These types of oscillators are also known as phase lock loop (PLL) oscillators.

Amplification: All oscillators need to be amplified so that they can produce signals of a certain amplitude.

What are the parts of an oscillator?

The parts of an oscillator include the following: power supply circuit, timing capacitors, i-tune or varactor, tank circuit, and amplifier.

A power supply circuit is basically designed to produce the required voltage needed for oscillations. It stabilizes the power supply voltage by utilizing a bypass capacitor and diode.

They are also known as “capacitor-resistor networks” which act as the frequency determining components.

They are used to tune the amplifier frequency. The i-tune is a special type of varactor that uses semiconductor technology and negative feedback to achieve high impedance at their input terminals. This helps them keep the oscillator frequency constant despite temperature changes and works well with low power circuits.

They are connected to the amplifier which acts as its tank circuit. It consists of an inductor and capacitor which oscillate at certain frequencies when DC voltage is applied.

This part of the circuit amplifies the signal produced by the tank circuit. There are two types of classifications for amplifier designs namely, Class A and Class B.

Class A Amplifier: It uses one transistor to amplify the entire waveform of an oscillator. This type generally requires high quiescent current but provides linear amplification.

Class B Amplifier: They use two transistors to amplify the positive portions of an oscillator’s waveform. It, therefore, requires high voltage but little current.

What are the different types of oscillators? 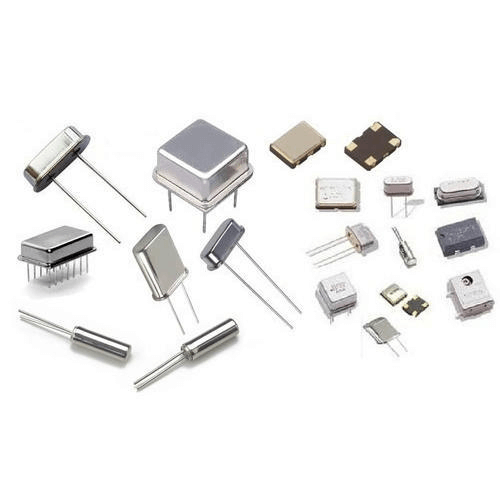 There are different types of oscillators. These include:

This type of oscillators is used primarily in local oscillators. They are primarily characterized by the fact that their frequency is adjustable and it varies based on a specific control signal which is applied to an internal varactor diode.

It primarily makes use of piezoelectric materials such as quartz to produce signals. It has the advantage of having better accuracy when compared to other oscillators.

It is composed of a programmable frequency divider for it to be able to produce frequencies that are precisely determined by an external clock source. The benefit that one can get from using this type of oscillator is that it doesn’t need external adjustment of its center frequency.

This type of oscillator is very much similar to the VCO’s in that they are commonly referred to as voltage-controlled oscillators. They make use of LC components such as inductors and capacitors for them to produce waveforms that are repeated and oscillations. In other words, they are capable of producing high-frequency signals that can be processed and then amplified by the linear amplifier.

This type of oscillator makes use of capacitors and inductors in order to create a resonant feedback circuit. It is composed of an amplifier that has its output coupled to the primary LC circuit through a capacitor. The two resistor taps provide positive feedback allowing the oscillator to “ring”. This particular type of oscillator works well at higher frequencies around 1MHz or more.

The input signal from the previous stage is coupled to a parallel LC tank circuit which functions as a bandpass filter. This way provides positive feedback for lower frequency ranges. Signals that are within the resonance bandwidth will be amplified while other frequencies outside that range won’t have any effect at all.

This type of oscillator mainly uses the LC tuned circuit to provide positive feedback. The resistor in parallel with the inductor acts as a dampening element, while the capacitor provides filtering. It is somewhat similar in operation compared to the Colpitts oscillator but it has a much lower bandwidth.

This type of oscillator makes use of a tank circuit which is composed of an inductor and a capacitor. One end of the tank circuit is attached to the ground while the other end is connected to the drain terminal of a JFET or MOSFET. The input signal from the transistor’s base terminal provides positive feedback since it couples with the primary LC tank circuit to function as a bandpass filter.

This type of oscillator makes use of an RC phase shift at the input to achieve oscillations. As the input voltage is shifted through 180 degrees by C1, this causes signals within the L section to be in antiphase with each other. This forms the basis for oscillations to take place.

A ceramic resonator makes use of a piezoelectric material such as lead zirconate titanate (PZT), barium titanate, lead magnesium niobate lead titanate (PMN-PT), or any other suitable material. It is also often used in oscillators for timing and frequency division with the help of a mixer.

This type of oscillator makes use of an LC tank circuit which is connected with the voltage amplifier to provide positive feedback for signal frequencies that are within its bandwidth. The output from VCO’s frequency multiplying stage is then coupled with a phase comparator to generate a control voltage that is then used to drive a varactor diode.

What are the uses of oscillators?

Oscillators have a wide variety of applications such as in communication systems, entertainment and test equipment as well as scientific research.

Some examples for these include:

Test equipment such as oscilloscopes

Function generators among others makes use of oscillators to produce different kinds of waveforms which can be used to test other components or circuits. Most signal generators make use of either sinusoidal or square wave signals for this type of application.

is another example wherein oscillators are mainly utilized to provide frequency reference signals that are synchronized with time signals from atomic clocks. type of communication commonly makes use of these types of oscillators wherein telecommunications, radio, and satellite systems are the main examples.

Systems such as CD players, sound effects within movies utilize oscillators to produce a wide range of sounds that can be synthesized from musical instruments. Also, oscillators are used in electronic music instruments such as synthesizers to produce different kinds of sounds. In addition to this, they have been used in clocks and timers

How to choose Oscillators? 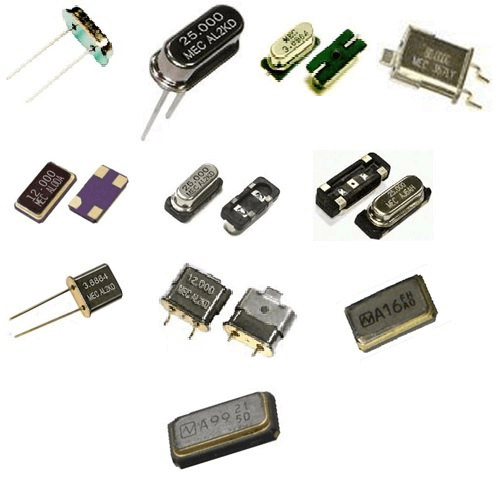 When choosing an oscillator there are several things that must be considered to make the right choice. Some of these factors include:

– Type of oscillation (amplitude or frequency)

Type of oscillation to choose: Amplitude or Frequency?

When choosing an oscillator there are two main types which include amplitude modulated and frequency modulated. In an AM system, the amplitude variation of a carrier is caused by an input signal that is being superimposed on it.

On the other hand, FM systems have a constant carrier that varies its frequency instead of its amplitude when variations in input occur.

Types of output signals to choose from: Voltage or Current?

Stability requirements can be considered the most important factor when choosing oscillators. As a result, oscillators are designed to have their frequency and/or phase change as little as possible with changes in the ambient conditions such as temperature, humidity etc.

Cost factors can be considered as the last and least important factor when choosing oscillators. However, it should never be overlooked because the cost does affect the end user’s decision about what oscillator to purchase. This is especially true in situations where a company must buy a large number of oscillators.

When choosing oscillators, available circuit space can be used as a guide to narrow down the wide range of choices. For example, if only a very limited amount of circuit space is available on a printed circuit board or a package then it might not be possible to use an oscillator that requires a relatively larger physical size.

When choosing oscillators, performance requirements can be considered as the most important factor to consider. As a result, oscillators are designed to have the widest possible tunable frequency range with high stability and low phase noise.

In conclusion, oscillators are very important components in many different types of electronic equipment. These include applications that generate signals to test electronic circuits and devices, for generating accurate timing signals operating within cost restrictions while satisfying performance requirements at the same time.

At ICRFQ, we are a trusted sourcing agent and distributor of oscillators in China. As you purchase your oscillators from us, you are guaranteed the following:

Contact us for more information about how we can boost your productivity.