The in-circuit debugger/programmer PG164140 uses the powerful graphical user interface of the MPLAB X Integrated Development Environment (IDE), version 4.15, to facilitate the rapid and simple debugging and programming of PIC and dsPIC flash microcontrollers. The MPLAB PICkit 4 or PG164140 can connect the design engineer’s PC via a quick and easy 2.0 USB interface. An 8-pin Single In-Line (SIL) connector allows the connection of the MPLAB PICkit 4 or PG164140 to the target.

If you want to do in-circuit debugging or serial programming, you’ll need to use this connector, which taps into two I/O pins and the reset line (ICSP). Because it can acquire its power from the target and has a second connector for a micro SD card, you can program it even when you’re on the go. Before diving into the PG164140’s specs, let’s define “In-Circuit Debugging” so we know what we’re talking about.

An In-Circuit Debugger (ICD) is a highly potent and valuable tool for hardware-level real-time debugging on a microcontroller-based system. As the target microcontroller is physically integrated into the circuit, you can run, pause, and single-step the program. It helps the designer debug the firmware and hardware simultaneously by pausing the program and allowing for real-time inspection and modification of variables, SFRs, RAM, and EEPROM locations.

An ICD is a hardware tool that quickly and efficiently debugs real-time programs by connecting a personal computer to the target microcontroller. A debugging application tool on the computer manages the ICD. Using breakpoints and single-stepping, the designer can effectively manage the microcontroller’s speed during the debugging process. It is possible to review and change the values of program variables and internal registers following the execution of a single or several instructions. The project’s development time is reduced since errors and flaws in the source code can be found faster.

PIC microcontrollers use the same ICSPDAT (or PGD), ICSPCLK (or PGC), VPP/MCLR (programming mode voltage), VDD (power supply voltage), and VSS pins for both In-Circuit Serial Programming (ICSP) and in-circuit debugging. This method allows for in-circuit debugging to be performed (Ground). This allows manufacturers to create products with ISCP programming and in-circuit debugging capabilities. During debugging, the PC receives information from the ICD device about its state, including the values of its variables and internal registers, over the same programming cable used during development. During debugging, the ICD tool will insert an extra chunk of code alongside the user application into the target microcontroller’s program memory.

For example, Microchip’s MPLAB ICD2 and ICD3 can be used to both programs and debug PIC MCUs and dsPIC DSCs. Control of the Integrated Circuit Designer is handled by the computer program MPLAB Integrated Development Environment (IDE) (ICD). During debugging, the MPLAB IDE interface provides interactive access to all of the features of the target microcontroller. Thanks to these features, single-stepping the program, setting breakpoints, inspecting the registers and variables, and making changes are all possible. 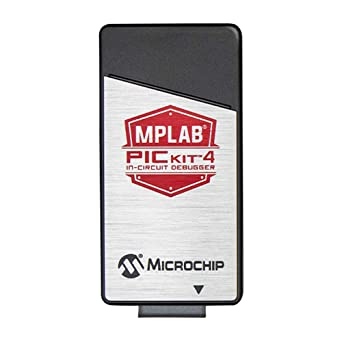 Starting with version 4.15 of the MPLAB X Integrated Development Environment (IDE), the PG164140 In-Circuit Debugger/Programmer makes it possible to perform debugging and programming operations on PIC®, dsPIC®, SAM, AVR, and CEC flash microcontrollers (MCUs) and microprocessors (MPUs) quickly and. It does this by utilizing the powerful graphical user interface of the MPLAB The PG164140 is linked to the personal computer of the design engineer using a high-speed 2.0 USB interface, and it can be linked to the target using an 8-pin Single In-Line (SIL) connector.

In order to carry out in-circuit debugging and In-Circuit Serial ProgrammingTM (ICSPTM), the connector uses two of the device’s I/O pins and the reset line. You can take your code with you and program everywhere you go if the target has an additional slot for a micro SD card and the ability to draw power from the target itself.

The PG164140 is ready to support PIC®, AVR, SAM, and dsPIC® MCU and MPU devices out of the box, making it a faster and more efficient programmer. In addition to having a greater target voltage, the PG164140 is backward compatible for headers, demo boards, and target systems that use ICSP  and 2-wire JTAG. It supports advanced interfaces such as 4-wire JTAG and Serial Wire Debug with streaming Data Gateway. In addition, the PG164140 features a one-of-a-kind programmer-to-go function, which is made possible by including a micro SD card port for storing project code and the capacity to obtain power from the target board.

It is a tool for programming and debugging PIC and dsPIC flash microcontrollers.

If you made it this far, you read the entire article. We hope you found this article’s information useful for your current objectives. Feel free to explore the rest of our website for more articles just like this one and others that may be useful to you in your research.